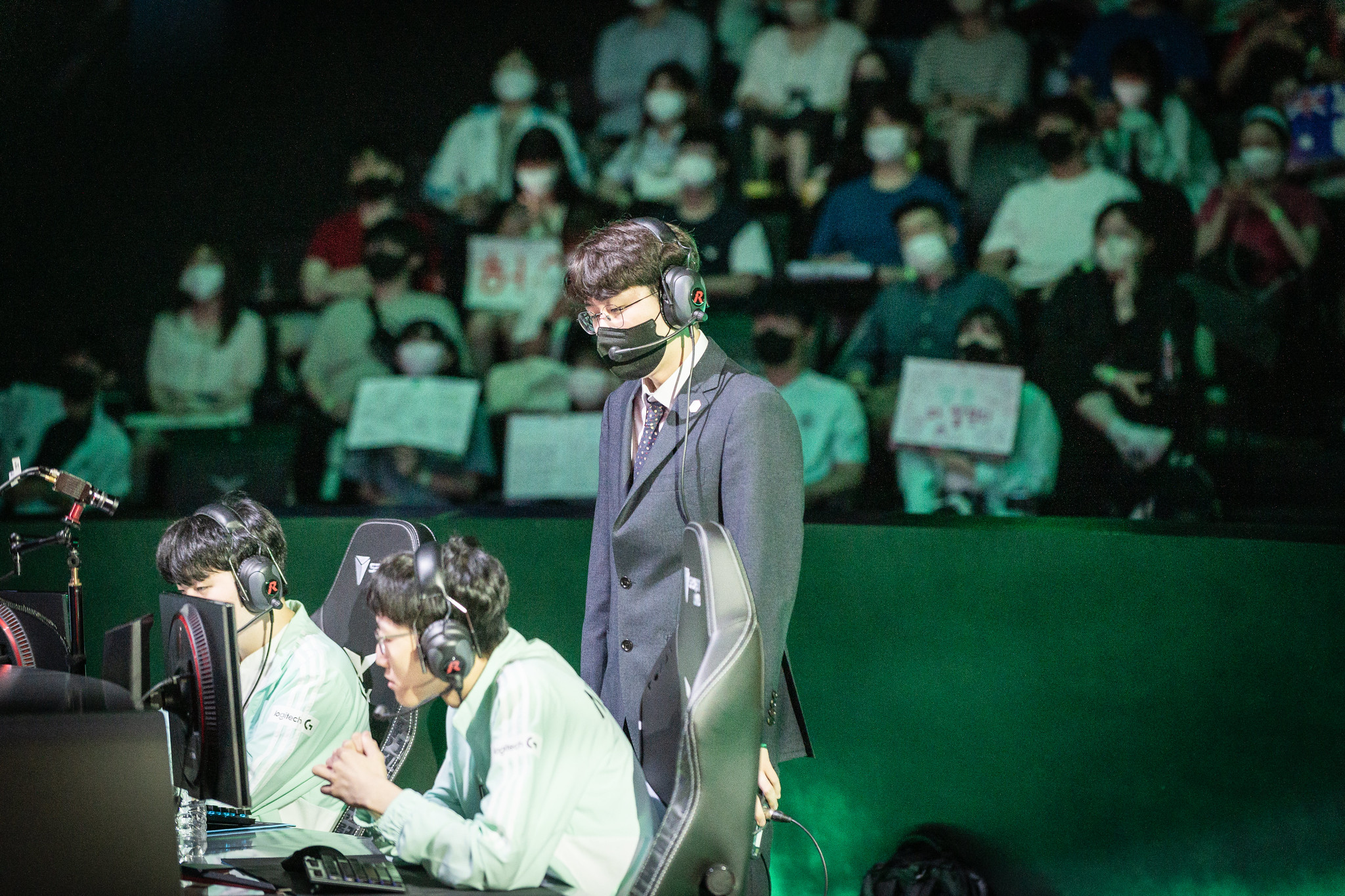 Recent months have been very turbulent in the LCK fan community. Many top-tier and popular organizations, including T1 and KT Rolster, had to deal with various incidents with their fanbase.

Among the demands, the statement calls for the immediate resignation of DWG KIA’s LoL head coach, Yang “Daeny” Dae-in.

The fans that issued the statement are very unhappy with Daney’s work as a head coach. They claim that Daeny’s direction and methods “provide confusion to the players’ gameplay.”

Fans feel it is his responsibility that the team is regressing in their performance while “failing to provide a detailed solution to such regression.”

According to Inven’s translation, the fans provided four main reasons behind their demands:

Furthermore, the fans believe that the rest of the coaching staff, coach Lee “Zefa” Jae-min, and Athletic Director for DWG KIA, Kim “kkOma” Jeong-gyun are more than capable of taking Daeny’s position.

They feel the organization hasn’t done nearly enough to establish proper communication with the fanbase. They avoid answering important and sensitive questions and “just say whatever they want” instead.

DWG KIA fans also pointed out the team is releasing less team content, as well as its poor quality.

They are dissatisfied with the management for not explaining why was the team documentary delayed and the cancellation of the players’ streams.

They close the statement with the following: “There is a necessity to provide a long-term future operation plan, as well as the organization’s vision, yet they’ve not provided enough of it to the fans. We demand that the organization provides enough assurance to the fans for their trust and support.”

DWG KIA is underperforming in 2022 compared to the previous years, and the fans are going wild.

However, they are still nowhere near T1 and KT Rolster fans, who also voiced their displeasure with their orgs in various crazy ways.

T1 fans sent trucks with messages against the coaching staff on two occasions, and Faker filed a lawsuit against fans harassing him online.
KT Rolster fans went even further as they sent a “lethal weapon” to the KT headquarters.

It’s well known that Korean League of Legends fans are incredibly passionate about their teams. Their star players are mainstream celebrities, just like footballers are in Europe.

We can even compare fans demanding front office changes to European football fan culture, as it is a widespread scene in many football clubs that perform below fans’ expectations.

However, we must raise the question of where the line is and what fans can and can’t do. Do fans have the right to demand something like this, or is it unacceptable?