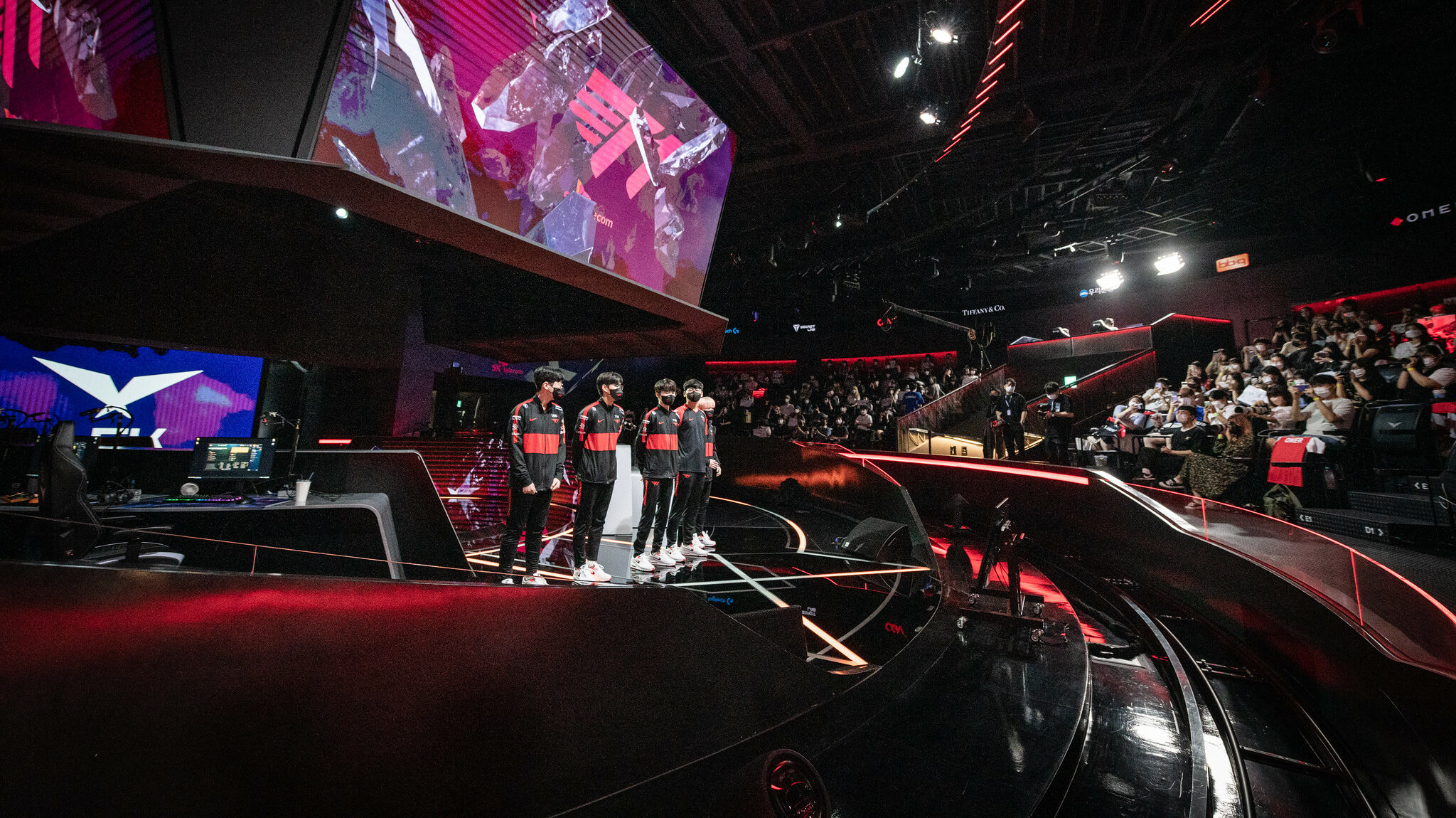 In the aftermath of recent controversies surrounding Korean League of Legends, the League of Champions Korea (LCK) issued statements vowing to improve the league’s situation. They include security measures for the teams and fans, and in-game changes regarding pauses and Chronobreaks.

Teams and visitors coming into LCK Arena on game days will have to go through additional security checkpoints. New security measures include bag inspections and metal detectors. They also plan to hire “specialized security personnel for player protection and on-site safety.”

The LCK explained this measure owing to their knowledge of “threats to the personnel safety of LCK teams and players.” They also “cannot overlook these incidents and will take action by filing reports and requesting investigations.”

In doing so, the LCK reacts to a recent incident where fans sent a “deadly weapon” to KT Rolster’s practice facility. They are also concerned about T1’s situation, especially that of superstar mid laner Lee “Faker” Sang-hyeok after he filed criminal lawsuits against fans for online harassment and threats.

The league decided not to take those threats lightly and ensure the personal safety of teams and players. They also apologized for possible “inconveniences when entering the LCK arena” and asked for understanding and cooperation.

In just a few days, LCK fans and teams dealt with two Chronobreak and long pause situations, most notably during HLE vs. T1 on July 14th.

The match featured many delays and issues, including a Rune selection bug in game two and a Smite bug in game three. After a pause that lasted over an hour, the game was remade, causing T1 to file a formal objection to LCK for poorly handling the situation.

“During the July 14th match between HLE and T1, the pause during game 3 was resumed without informing and preparing the T1 players to start the game,” the LCK’s message reads. “The game was then paused and Chronobroken again and resumed after preparing both teams.”

The match’s referee has been “referred back to KeSPA’s referee committee for failing to comply with the game resumption process and deliberation will proceed.”

LCK implemented two new measures to prevent those scenarios from happening again or, at least, make them more bearable for everyone included.

Every game will start with a 15-second pause to ensure that all player runes haven’t changed and that no bug has occurred.

Then, in case of a pause, they will implement a broadcast graphic to inform viewers about the reasons, and about the progression of the pause resolution process.

Furthermore, they reminded the players that they can pause the game without the referee’s permission when their situations “meet pause conditions.”

The LCK also stated there are “additional measures under discussion” they have in store for the future in addition to these improvements.

The LCK is trying its hardest, but it can’t the client’s spaghetti moments—or people. Some of the fan behavior of late has been extremely concerning.

Riot reveals Worlds 2022 ticket sale dates, but are they too late?
LoL