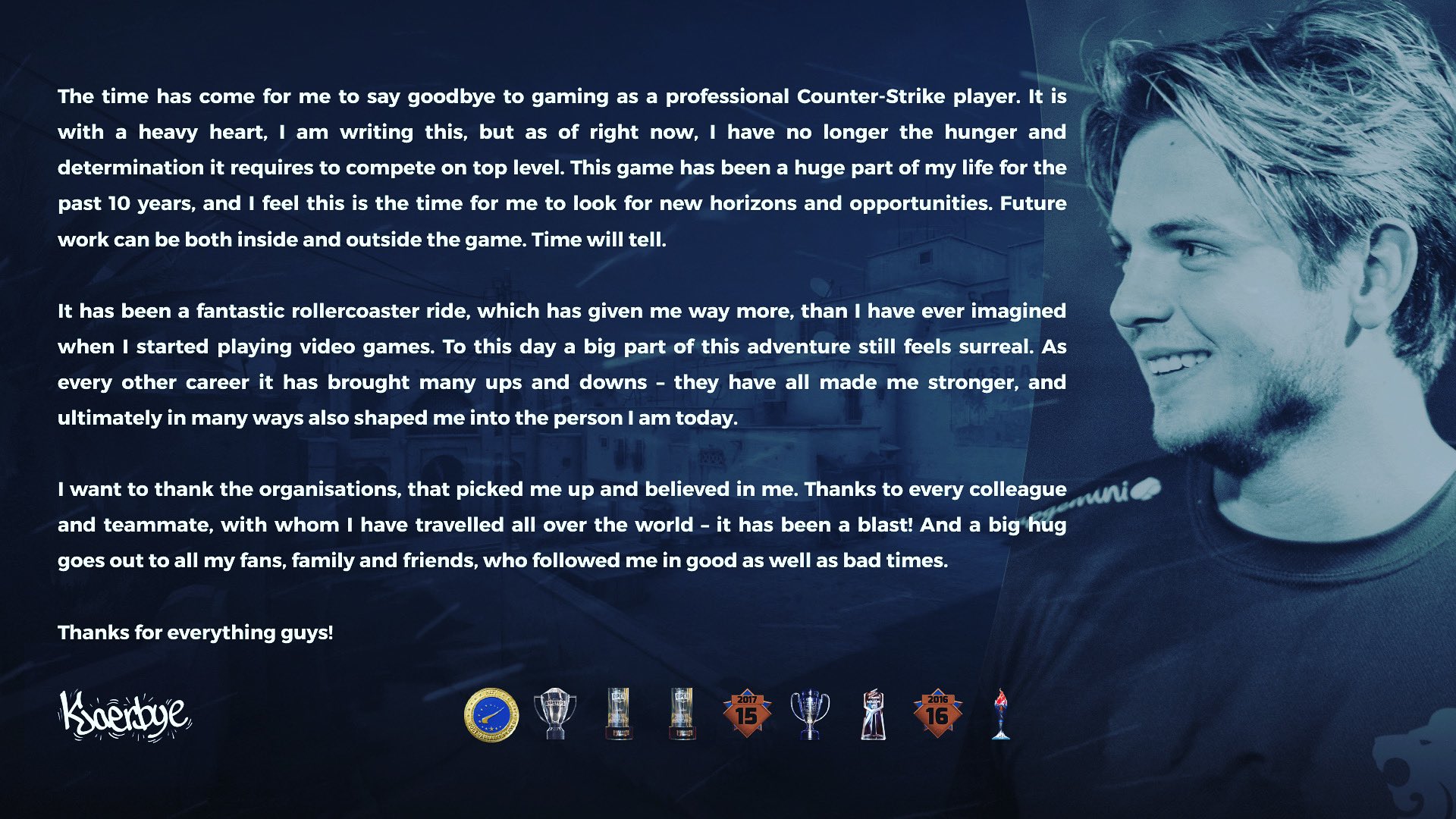 Kjaerbye broke through as a teenager on Astralis and was integral to the core's first Major win over Virtus.pro, famously having a superb performance on the final map.

However, due to his lack of hunger and desire to keep performing at the top level, he has unfortunately taken a step back from pro CS.

Whether he decides to stay in esports, or move on to something entirely different is not yet announced - similarly, what Hyenas will do without Kjaerbye has also not been announced.