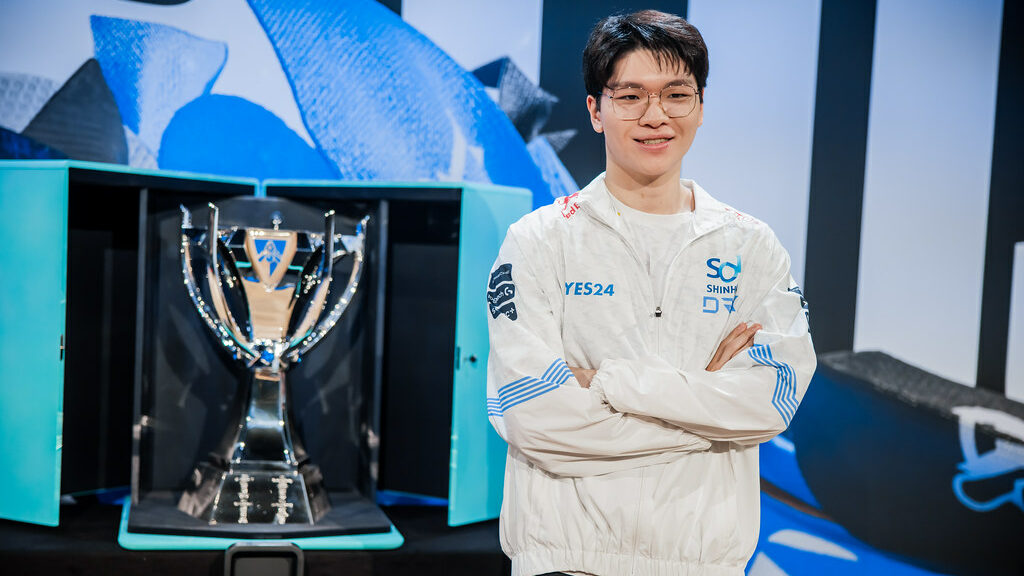 Kingen is the Worlds 2022 finals MVP

After winning Worlds 2022, Hwang “Kingen” Seong-hoon has been crowned as the Worlds 2022 Finals MVP. DRX’s cinderella story has been completed, and against all odds, they have won the 2022 World Championship. Undoubtedly, the greatest Worlds finals ever and the greatest underdog story in the history of the game.

Despite not being in the spotlight, Kingen always delivered. The player was not even in the discussion for the best top laners before the tournament. However, he clawed his way to the top and became a World Champion.

Alongside DRX, Kingen kept on scaling throughout the tournament. The Play-in stage played a huge role in the development of the team and they went all the way from the start to the finish line. Kingen has engraved his name in the history books of esports and his MVP award will be something that he will remember for the rest of his life. He will be telling his grandchildren the miracle run story of DRX that nobody believed would be possible.

Through good and bad times, Kingen was there

Kingen joined DRX before the 2021 season, and his comeback to the LCK wasn’t easy at all. DRX had a lot of struggles throughout the whole year, and even finished the 2021 LCK Summer split at the bottom with a 2-16 record. Who would have thought that they would make the biggest turnaround ever and win the 2022 World Championship? Surely, not even DRX themselves.

The 2022 season wasn’t much different and DRX found themselves struggling. Despite making the playoffs in both splits, the highest finish the organization got was 5th place during the spring split. DRX barely even made it to Worlds after shaky performances throughout the Regional finals. In the end, they made it to Worlds, and the rest is history that will be remembered forever.