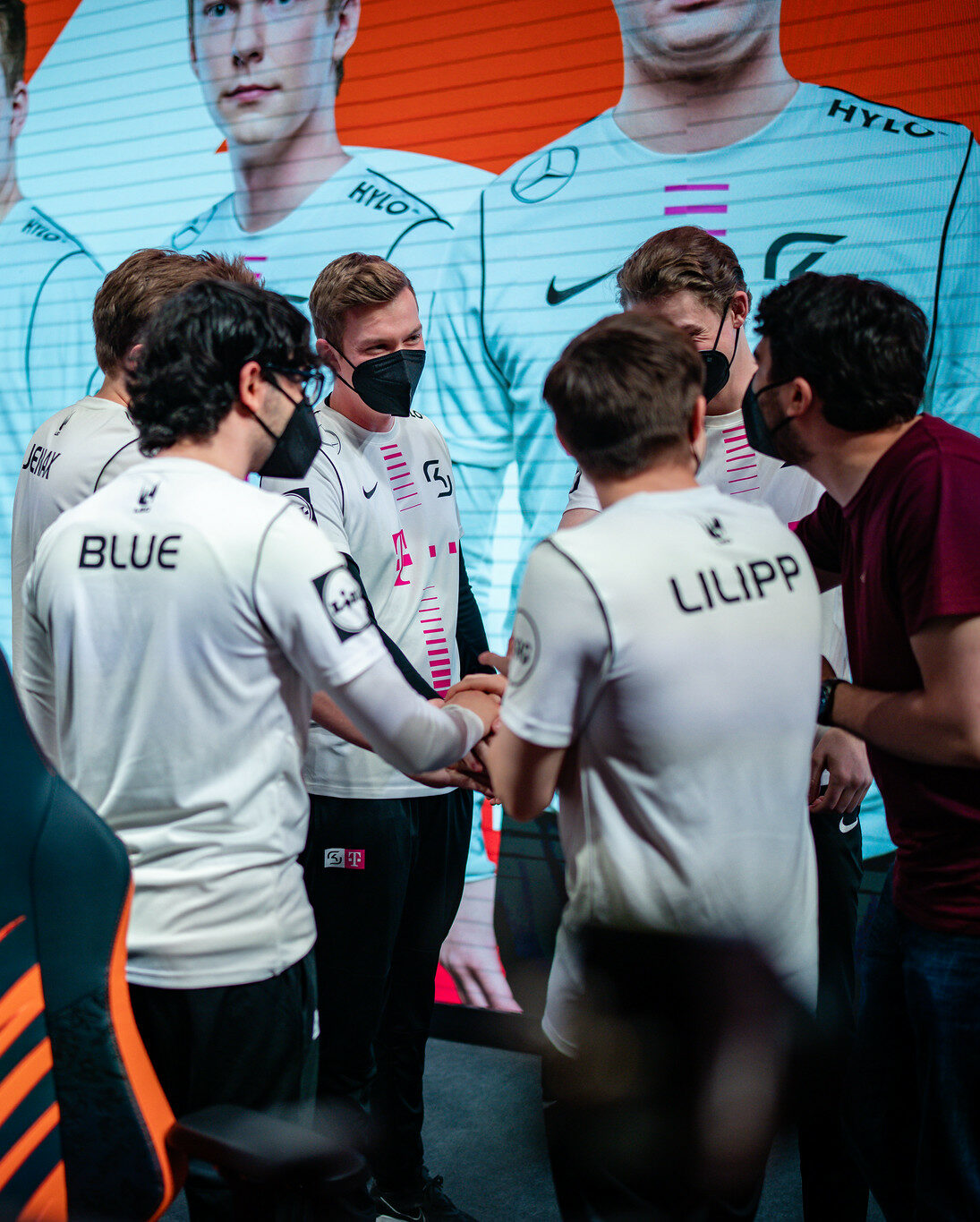 The LEC script seems to stick to tales of kings and dynasties, and it has yet to leave them behind. Indeed, Fnatic beat G2 Esports and Bald Caps, after an intense game that included a long pause. In doing so, Fnatic prevented G2 Esports from striking their second 2-0 week in a row.

Meanwhile, SK Gaming have transformed into an LEC-worthy team, crushing playoff frontrunners MAD Lions and the rising Excel Esports. In doing so, they have entered the playoff conversation, sitting two games behind sixth place Astralis. Their inclusion in the playoff race also puts Team Vitality and Excel on notice, especially as SK are translating their early-game jungle difference into convincing victories.

Whether they can do it against Fnatic remains uncertain, unless the COVID vaccine hits Upset hard…

What happens when a team puts unnecessary pressure on an underperforming squad for an entire season, expecting results to come out of nowhere? Unassertive players trying to fend for themselves, too afraid to take risks, too scared to play the game—i.e., Counter Logic Gaming happens.

The organization has failed its team at crucial junctures since the LCS entered the franchising era, notably when they released a video of management interacting with players with losses taking their toll. Beyond alienating their players and trapping them in anguish, they have pushed their fanbase to the brink.

the morning before the last match I played for CLG, I broke down crying in front of my coach because I just felt increasingly sheer misery over the past few weeks. It just felt like nothing at all was going right. I had never felt that way in 7+ years as an LCS pro

Meanwhile, FlyQuest, Immortals, and Golden Guardians are battling for the final two playoff spots, but they could drag Team Dignitas away from the summer playoffs if they beat them. Unlike CLG, the teams’ solutions-driven approach have borne fruit—especially as the solutions were found within the academy squads for IMT and FQ, and in a transfer for GGS.

Two winning weeks in a row. One game closer to Flyquest and a playoff spot. Momentum still in our favor. We roll forward. https://t.co/jgzndGnNPF

LCK: Has T1 risen from the ashes?

T1 are rising after they fired world champion head coach Daeny and assistant coach Zefa. After promoting StarDust and Moment to interim coaching roles, the team thrived with victories against KT Rolster (2-0) and DWG KIA (a reverse sweep, 2-1).

T1’s rise may help them secure fourth place down the stretch in the playoffs, keeping their chances of World Championship participation alive. Whether they can catch up with Nongshim Redforce or surpass them is another story, but their rise after the coaching changes is encouraging.

🙌 Your timeline has been blessed by T1 Keria 🙌

Good soloQ supports and 100% skillshot accuracy will come to you, but only if you reply "thank mr keria" on this photo 👇 pic.twitter.com/4aFD6xXNr9

LPL: Everyone but EDG, meet Chaos

Seven weeks in, the LPL summer split’s playoff picture is muddled. Indeed, nine teams stand with records between four and six wins, four of them under the top 10. As 10 teams qualify to the playoffs, expect significant bloodbaths to ensue—with July 20’s Team WE vs. LGD Gaming a must-watch headliner.

As the safest team, EDward Gaming have the luxury of guaranteeing their presence in the playoffs. Nevertheless, they are set to play an important role in WE and LGD’s futures. If WE and LGD rise to the occasion, their first place would be in danger as FunPlus Phoenix lurks behind them. Speaking of which, the two teams will play the final game of the summer regular season, possibly with first place on the line.

Speaking of FPX, IWillDominate seems to enjoy their shenanigans quite a bit (when their players don’t flash into walls, at least).