This week, we saw an extension of the current Valorant Act and some big plays in the professional scene as Masters 3 draws closer.

Here's everything you may have missed.

The biggest news from the week comes on the professional side of things, with the NA and EMEA playoffs.

In NA, the teams have been decided. Sentinels, the Masters 2 champions, won the playoffs, facing 100 Thieves in the championship game.

Joining 100T and Sentinels will be Envy, making their first appearance at a LAN event with a greatly improved roster. 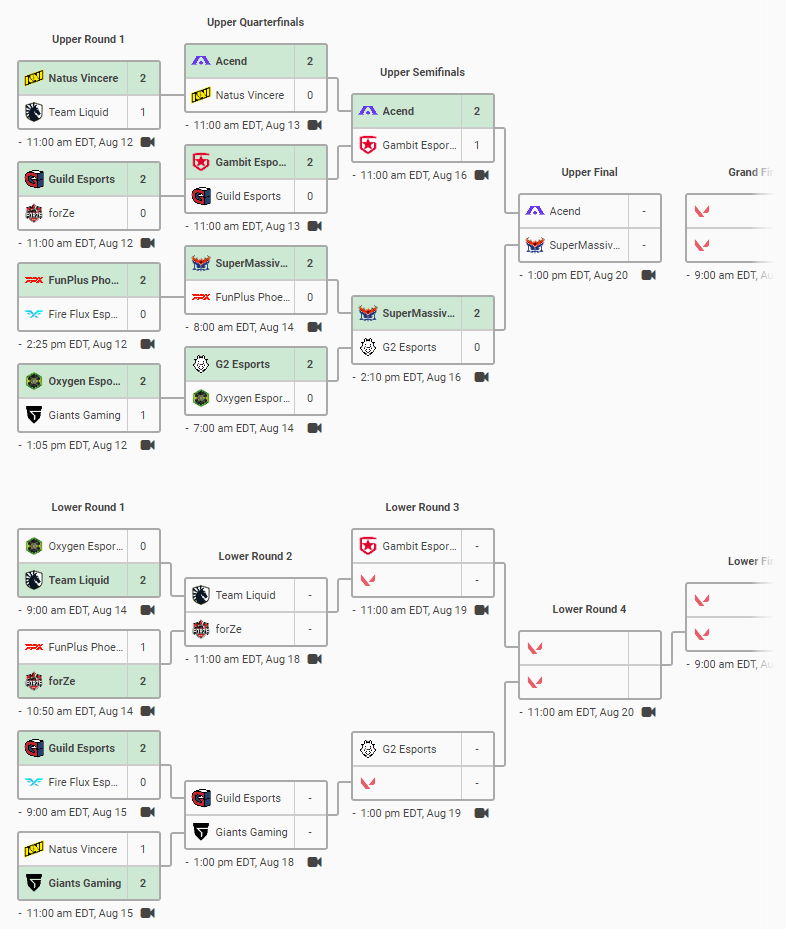 In the EMEA playoffs, things are a lot more spread out than they were in NA.

The EMEA playoffs will take two weeks to finish when it's all said and done, but we already have two Masters 3 teams confirmed.

Acend and SuperMassive Blaze booked their tickets to Berlin for Masters 3, as Gambit, forZe, Liquid, Guild, G2, and Giants continue to fight for the last two spots. 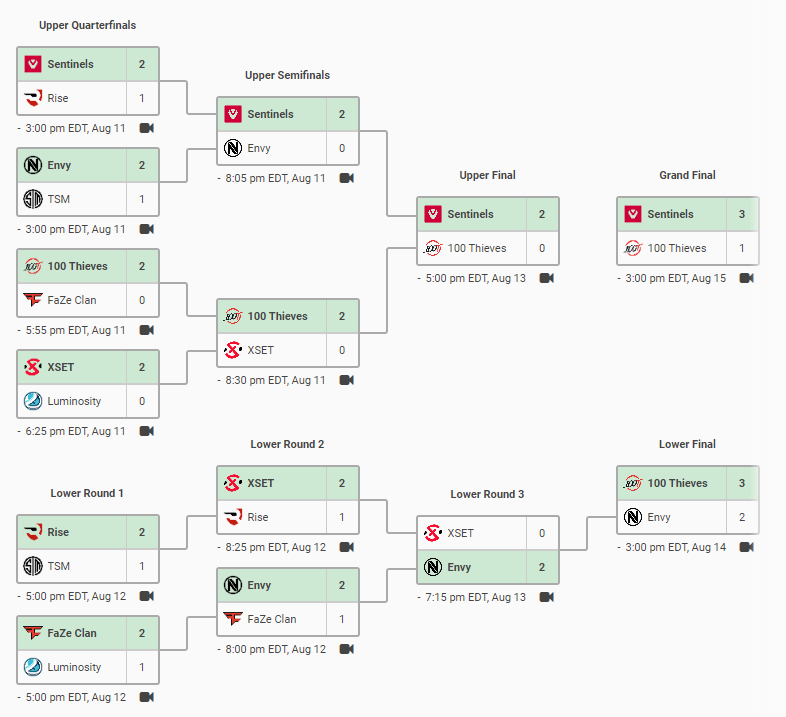 In Valorant game news, we have Act 2 of Episode 3 delayed two weeks due to "some constraints."

Act 2 is now set to begin on September 8, with exact times to be announced when the update draws nearer.

TLDR; Act I is now 2 weeks longer and Competitive and progression adjustments will follow. Episode 3 Act II now kicks off on or around September 8, exact times TBD.