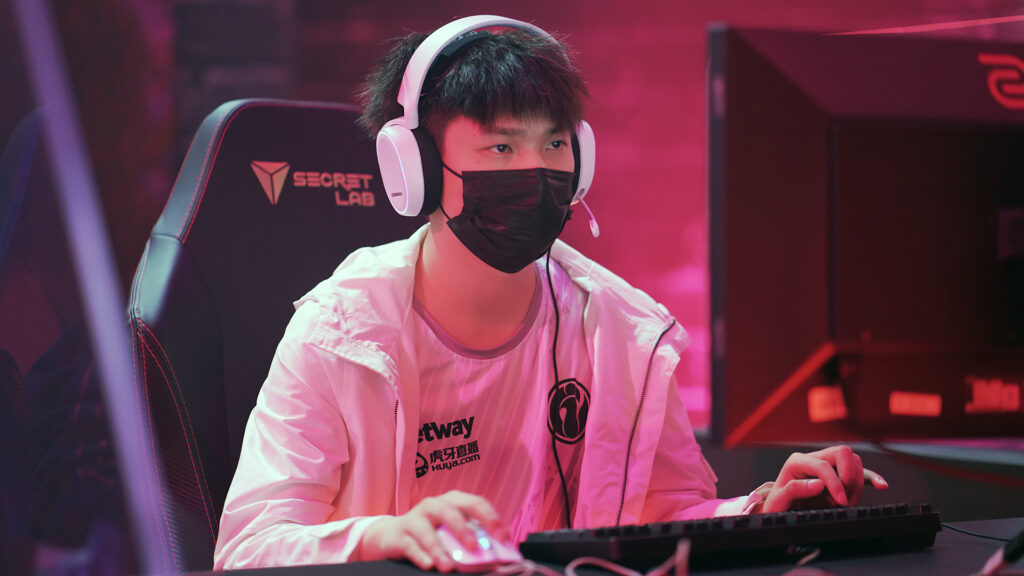 Liangzhi “kaka” Hu is a prominent name in the Chinese Dota 2 scene for nearly eight years.

He’s been a staple pos. 4 player emerging out of China and has been consistent in the upper echelons of the competitive circuit, with only a few ever coming close to his level.

Kaka on Royal Never Give Up

After RNG secured the victory against Aster.Aries in a lopsided series, Kaka shared his thoughts about the current atmosphere within the team, and compared that to his previous team; Invictus Gaming.

Kaka praises the current atmosphere within the team. At the same time, he also lauds the communication between the players and describes them as “very good”.

He expresses that every member has been competing at the top level for years, have the necessary experience and are well equipped to handle any given situation – a fact that makes it much easier for Kaka to handle.

In a non-explicit way, he draws comparison to Invictus Gaming, Kaka’s previous team, and reveals that things at IG were “really tiring” and that he had to “say/do” everything.

According to him, things at RNG are a lot easier since he is required to only do his job and win, without having to worry about other things.

Kaka is prominently known for his time with Newbee and Invictus Gaming.

The highlight of Kaka’s career came during his time at Newbee, wherein he secured a second place finish at The International 7, losing out to Team Liquid in the grand finals.

He would then join Invictus Gaming and herald the team to its first ever Major in the post-Covid era, namely, ONE Esports Singapore Major 2021.

Subsequently, he also led Invictus Gaming to a fourth place finish at The International 10, losing out to a rampant Team Spirit – the eventual TI10 winners.

However, Invictus Gaming parted ways with Kaka before the beginning of the DPC 2021/22 season, leaving the latter without a team.

Nonetheless, the flamboyant support marked his return with RNG – a move that has already started paying dividends.

RNG are currently ranked first in the DPC China Division I Tour 3 and are slated to face Vici Gaming next.

Disclaimer: The article has been transcribed to English with the best possible accuracy and knowledge of a non-Mandarin speaking dweeb.