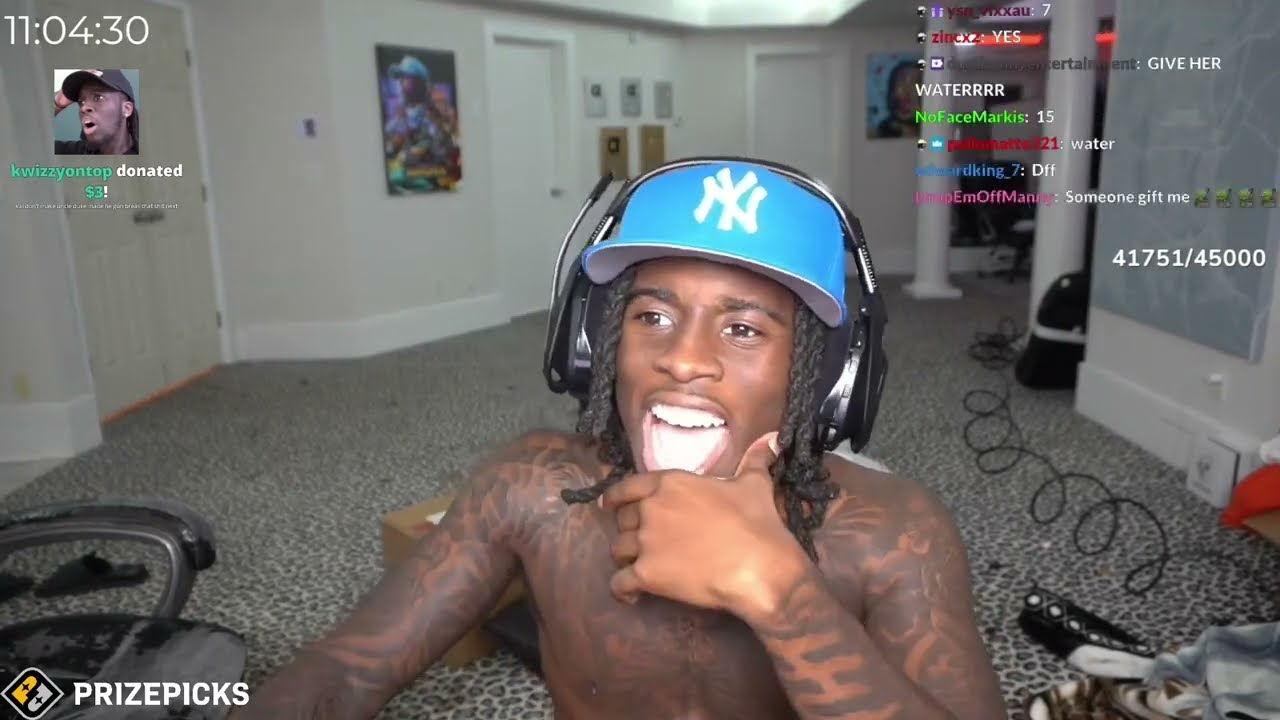 Kai Cenat has had one of the most meteoric rises to Twitch success in recent memory, recently passing xQc as the most-subscribed English-language streamer on the platform.

Although Cenat has hardly been pushed by Twitch at all during his rise on the platform, he keeps passing milestones and now has his eyes set on the number-one spot – currently held by Brazilian streamer, Casimito.

After passing 90,000 subs, Cenat lost control on-stream and screamed in excitement. We can only imagine what might – and probably will – happen when he passes Casimito for number one.

Despite being the most-subscribed English streamer, Twitch hasn’t embraced Cenat or any of the members of his community.

The easy explanation is that they aren’t “brand-friendly,” but one of Twitch’s more brand-friendly creators just got mixed up in a sexual assault coverup scandal.

The sky’s the limit for young Kai Cenat. We’ll be tuned in to see how high his sub count can go.