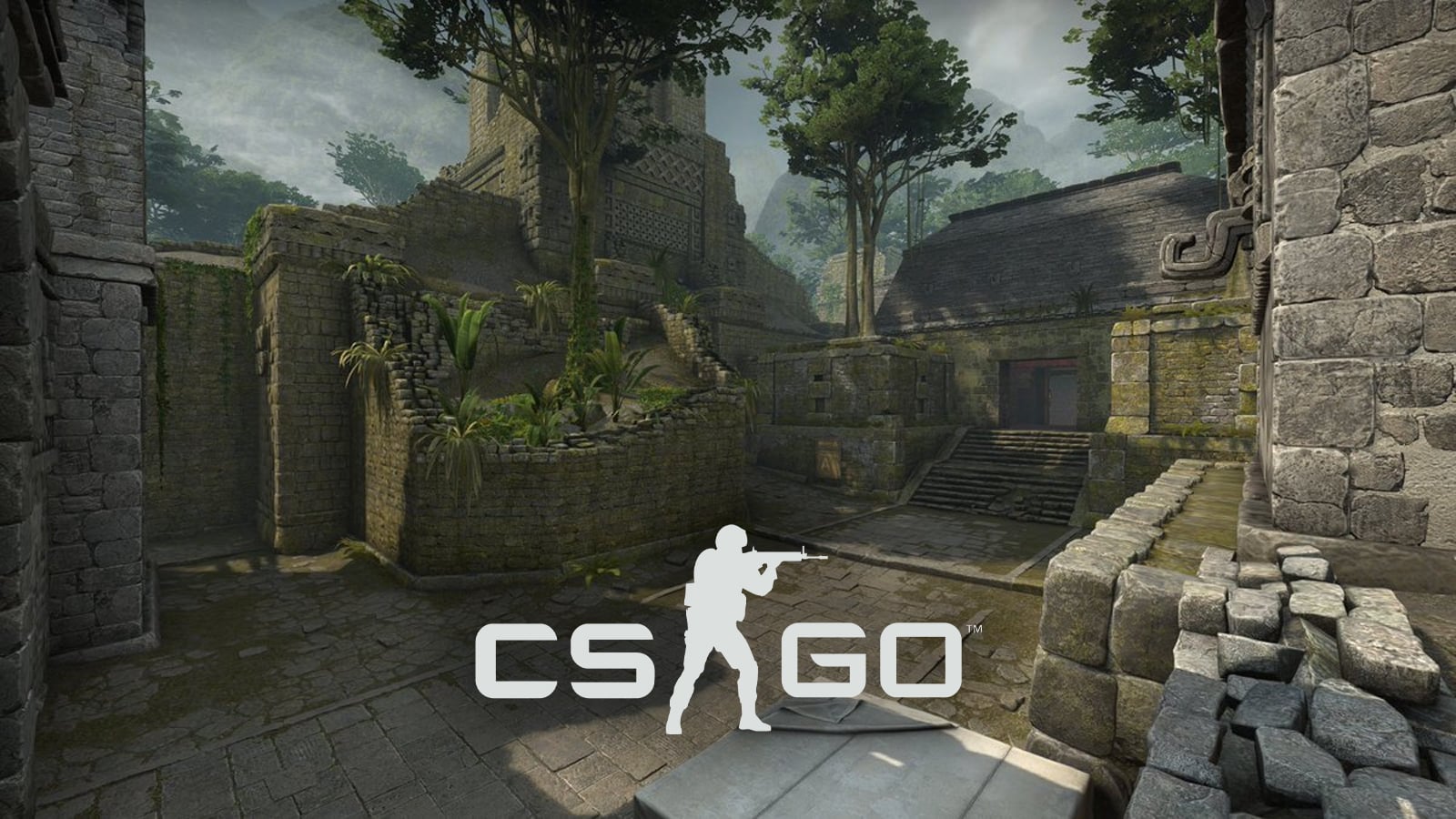 Valve dropped a bomb with the latest significant update last week, as they announced that Ancient would be joining the Active Duty map pool in favor of Train - a departure not many saw coming. But is there some sense behind the move? Let's take a closer look.

Apart from Vertigo, Train has been the least-played map in professional matches among the top 20 teams over the past six months. But since Vertigo is the latest addition to the map pool and probably still is set for future changes, it wouldn't make sense for Valve to remove it now. So, next in line was Train - closely followed by Overpass. 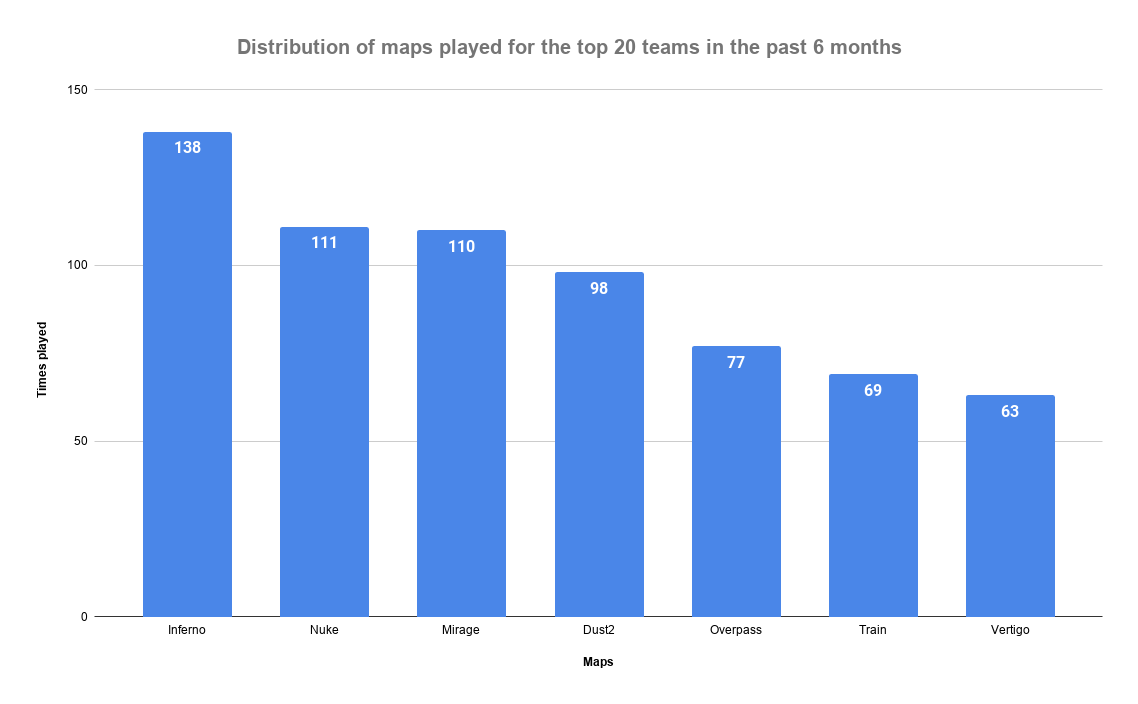 For the top 20 teams in the past six months, Train has been the least balanced map in the entire pool. Even Nuke is more balanced right now - only by .2%, though. Overpass follows close behind, again. 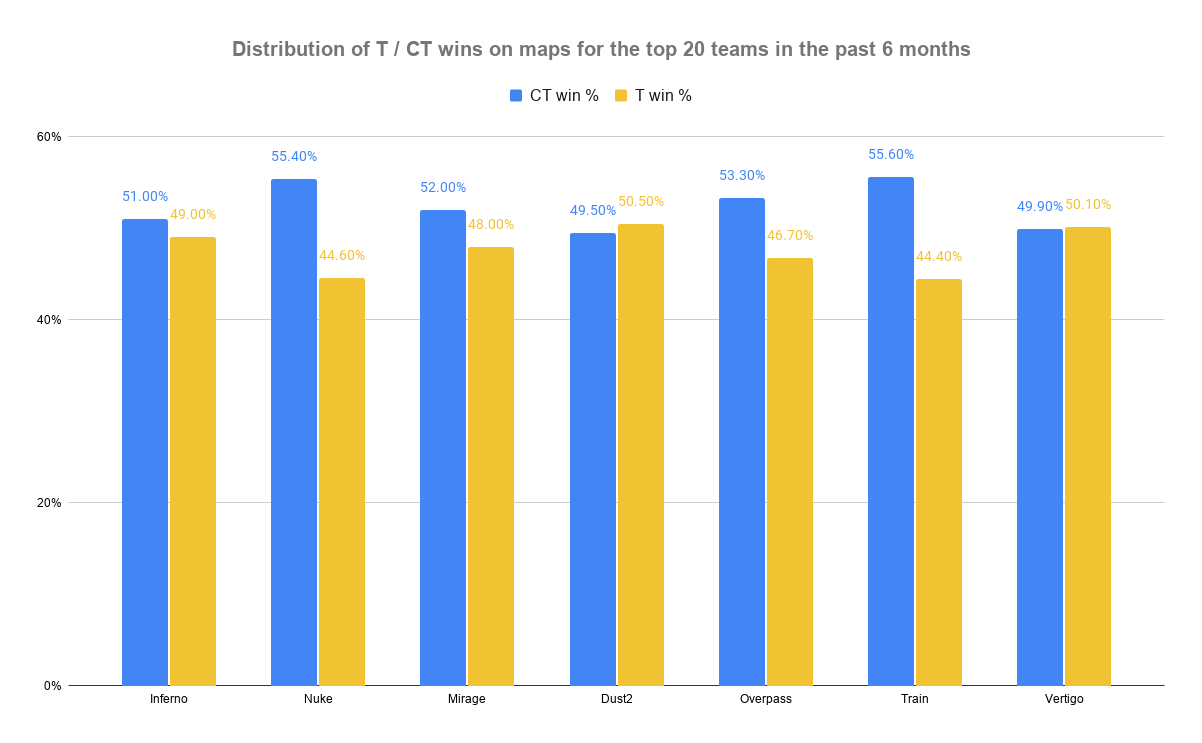 Undeniably, something had to happen soon. The last update to the Active Duty map pool came in March 2019, when Valve added Vertigo.

In the end, any change is a good change as it provides a fresh experience for both players and viewers. Though, Ancient will also have to undergo a lot of changes itself.

Maybe, we will be lucky enough to see Dust2 or Mirage leave next time; or Overpass, judging by the stats. We can only guess when dealing with Valve.

The stats in this article are filtered by matches from the top 20 teams in the past six months on HLTV.org.