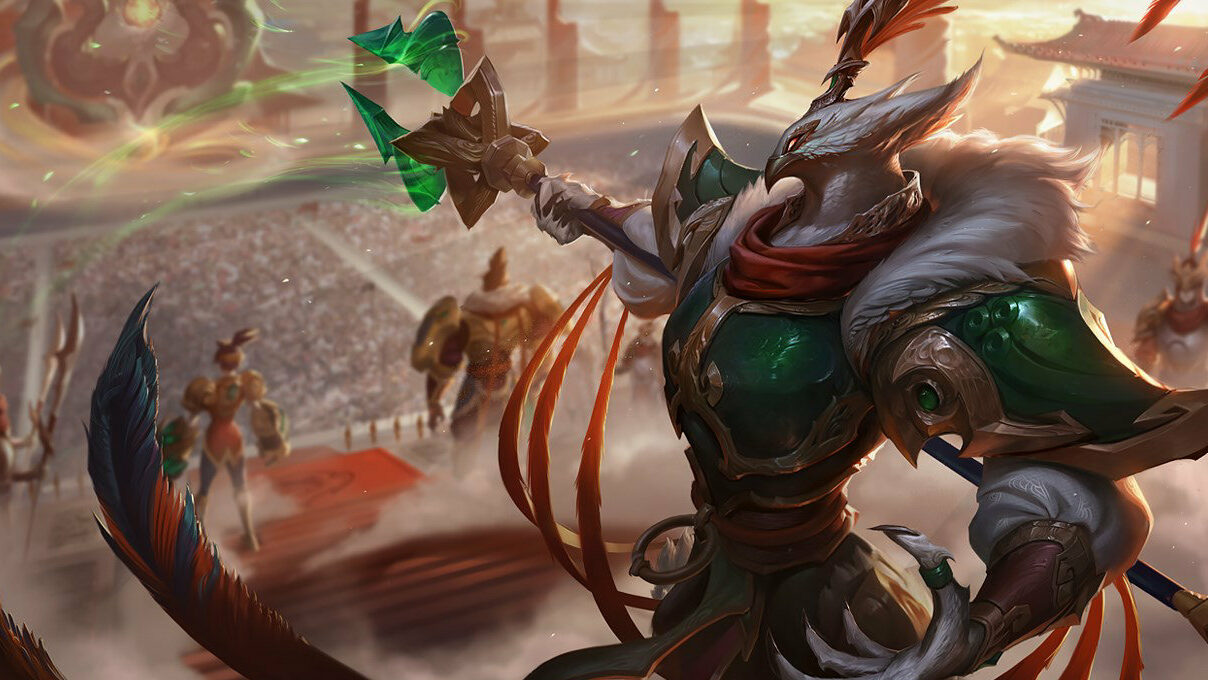 Riot Games has released a preview of the upcoming League of Legends patch 12.17; the second patch focused on professional play and the 2022 World Championship.

While patch 12.17 is based on professional play, it will bring some much-needed nerfs but also try to bring back champions into the meta. It will finally be the patch where Riot addresses the broken state of Sivir while also giving the hammer to Azir; maybe a bit too much.

According to lead designer Matt “Phroxzon” Leung-Harrison, patch 12.17 aims to “adjust a few of the outliers” without trying to swing things. Riot is overall pretty happy with the state of the meta and won’t look to “heavily disrupt the metas” teams qualify for Worlds on.

A nerf for Sivir is something that many have been waiting for, especially after seeing her crush any professional league in the past weeks. Her recent rework put her in a solid place, something that Riot will now try to tone down.

More specifically, Sivir will see a nerf in her attack damage growth, AD scaling on Ricochet (W), and reduced base damage on Boomerang Blade (Q). Riot is targeting her damage and wave clear, which are currently the strengths that make her super broken in professional play.

It’s hard to say if this will be enough to remove Sivir completely from the Worlds meta, but at least it should make her mid and late game a little less scary.

With Sivir covered, let’s address the biggest elephant in the room, Azir. While the Emperor of the Sands has been a safe pick in professional play for a while, Riot might be gutting Azir a little too hard for patch 12.17.

Bringing out a nerf for Azir is justified, but this one might be overdoing it a bit. First, Riot will increase the cooldown to his Shifting Sands (E), making it easier to gank the Emperor successfully.

Some would think this nerf would be enough, but not this time. Riot will also nerf Azir’s AP ratio on Arise! (W) by a significant margin. This will cut heavily into his damage output, especially for the late game, where Azir is usually the one to shine.

Looking at these nerfs, it will be interesting to see where Sivir and Azir end up in the upcoming meta. The odds are that Azir will be nowhere to be found.

Could they return? Camille and Sett getting juicy buffs

For the buffs, we might be looking at a shift in the top lane meta as Riot is trying to bring back several bruisers and split pushers. Some of the most noteworthy ones are Camille and Sett, who have been powerful picks in previous metas.

Camille is still a champion that we see certain professional players pick, but only the most confident ones. Moving forward, she might become a standard pick as Riot will buff her passive shield and increase the AD ratio on her Hookshot (E).

These aren’t huge buffs, but that isn’t necessarily needed to make Camille skyrocket in priority. We all know that the LPL top laners love their Camille, so this is definitely something to be scared of.

Riot is also bringing a gift to the other professional top laners; looking at you, Gabriël “Bwipo” Rau. They are going to buff Sett significantly, which is something that Team Liquid’s Bwipo should be happy about if he even makes Worlds.

The Boss will get a nice boost on his AD ratio for Haymaker (W), which has always been his primary source of unexpected burst damage. He will also get increased slow on Facebreaker (E), so he can stick to targets easier.

The buff to Haymaker alone should be boosting Sett in priority and potentially bringing back the burst Sett builds we saw on his initial release.

All changes are set to land on the live servers on Thursday, September 8, but they could change as they are tested on the Public Beta Environment (PBE).

Gutting Azir completely? I'm not even sure if I can be mad about this.