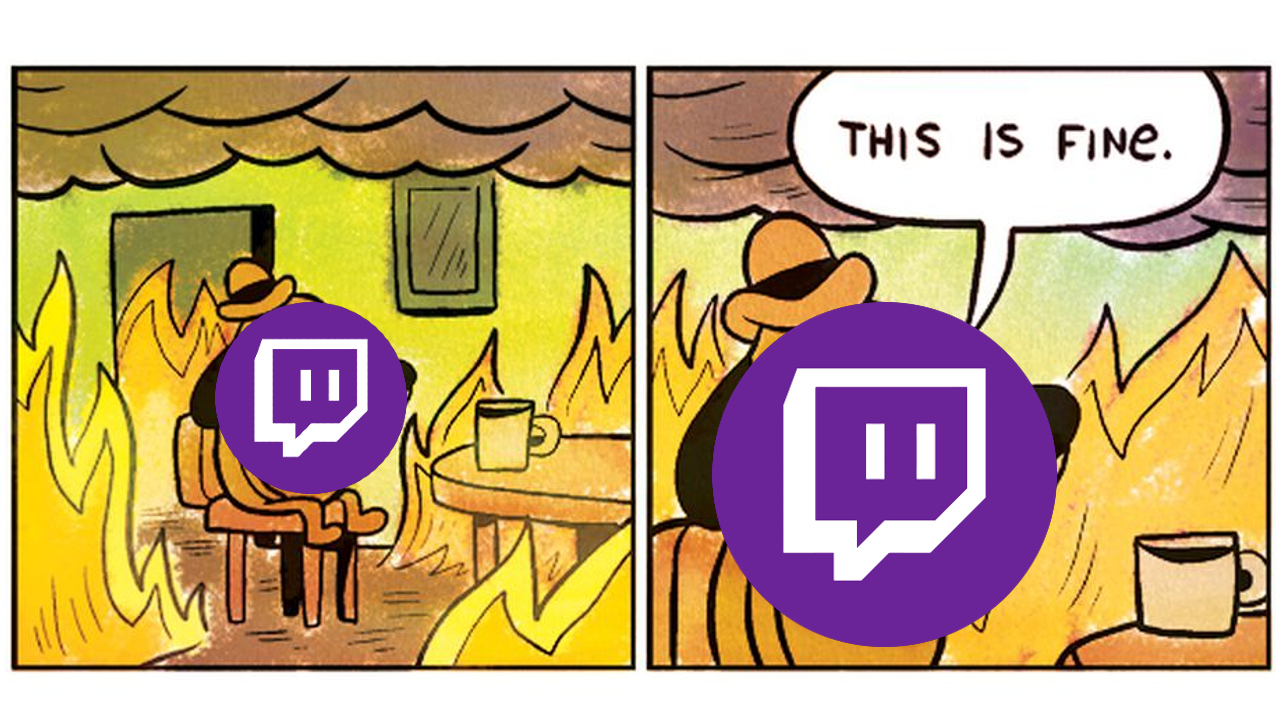 It’s been a tough week for the purple platform, as Twitch has experienced a gambling scandal, hypocrisy claims, allegations of enabling child predators, a sexual assault coverup from one of their biggest streamers, and now this.

For those who aren’t aware, Twitch recently announced a change to its subscription revenue split with its creators. Instead of allowing all streamers to collect the 70/30 split that YouTube does, they went in the opposite direction.

The removal of the 70/30 split won’t net Twitch that much money. What makes them more money is the subtle push for streamers to run more ads.

Popular streamer, Jerma, isn’t having this. He doesn’t run ads on his stream and said – in no uncertain terms – that he’ll be leaving Twitch if they force him to run ads.

Nmplol echoed a similar sentiment – but seemed to look at the situation for what it means for Twitch, as a whole.

Such a move – which won’t make them too much money – seems terrible for the outlook of the platform. If they’re cutting costs like this, how down bad are they?

Nmplol didn’t flatly say he’d leave the way that Jerma did, but he’s certainly considering it as he focuses more on YouTube.

Twitch is an absolute dumpster fire right now. It’s a great time to be a YouTube streamer, because the future looks pretty bleak for the purple guys.