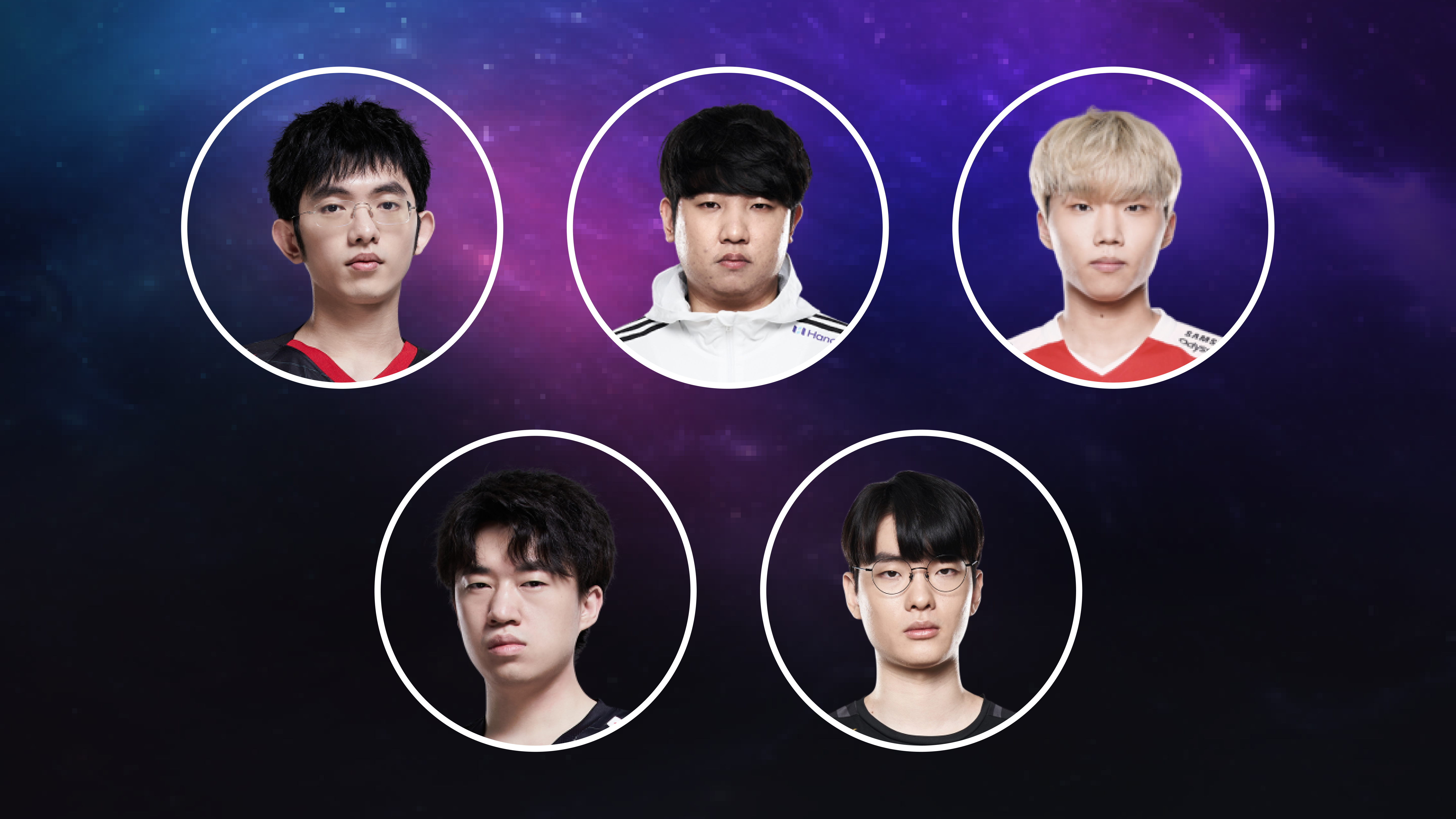 Often called ‘’an island’’ the top lane position is under-looked by many and its importance is unappreciated.
From tanks to mages and ad carries, everything was played throughout 2021 and was quite interesting to watch. The position was heavily commanded by the eastern teams who dominated internationally this season.


Here are the nominees of Jaxon for the five best top laners during 2021:

Despite being doubted due to his role swap at the beginning of the year, Xiaohu had a stellar and consistent performance throughout the season.

He brought a different playstyle to RNG, especially during Spring 2021 when he was having fun in the top lane with his mid lane champion pool.

One of the signature picks for Xiaohu this year was Lucian, as he recorded the staggering 94.1%-win rate with the champion throughout the whole season.

As for the achievements, Xiaohu made history by becoming the first player to ever win MSI on two different roles.

Compared to Spring split, where RNG won everything possible, Summer 2021 was tougher. The team was eliminated in their first match during the 2021 LPL playoffs but still made it to Worlds 2021 trough the regional finals.

At Worlds, RNG was one of the favorites to lift the trophy, but they were knocked out in the quarterfinals by the eventual winner EDG in a five-game thriller.

At the start of the season, EDG was always considered as one of the strongest teams for 2021.

Spring 2021 started well, but the team managed to finish only 3rd after being eliminated by the eventual MSI winner, RNG. Let’s just say that Flandre and company were ‘’scaling’’ in Spring and the revenge on RNG would be swift.

Summer 2021 was a different story for both Flandre and EDG. His laning improved drastically and it was clear that the player developed a lot. Flandre went from being down –479 Gold differential at 15 min, to being + 336.

Summer 2021 was won by EDG, even though they lost their opening match in the playoffs to Team WE 2-3. We could say that this was a wake-up call.

During Worlds 2021, Flandre was mostly on Graves duty as he played 11 out of 21 games on the champion. EDG ended up winning Worlds 2021 and Flandre made a statement with his carry performances throughout the tournament.

This season was ‘’The last dance’’ for Khan as he was called up to serve in the South Korean military next year. Despite being forced to retire; Khan had the hunger to win everything this year. So close, and yet so far.

Spring 2021 was total dominance by Khan and his team in the LCK. They didn’t drop a single game in the playoffs.

For MSI, the team looked a bit shaky. They made more mistakes that anticipated but still got to the finals where they were defeated by RNG. Khan was only one game away from his first international trophy.

Summer 2021 was better for Khan, individually. He showed us that even with ShowMaker and Canyon on his team, he can still carry games on his own.

Even if the regular season was tougher, as the top teams were closely matched, the playoffs were not problematic and DWG KIA won their 3rd LCK title in a row.

Worlds 2021 was the last tournament for Khan. Not only he was winning his lane often, but also, he was winning match-ups in which he was countered - that was not supposed to happen.

The perfect example of that is DWG KIA vs RGE where he was put on Jax against Graves. Once again, he was only one game away from winning an international trophy as DWG KIA fell to EDG in a five-game finals masterpiece.

Canna debuted in 2020 with T1 in the LCK and has been developing since then.

Spring 2021 might not have been the best time for Canna and T1, as they were trying to identify their playstyle.
However, During the Summer split, the team adopted a fitting playstyle and it was clear that they had a lot of potential.

Despite their best efforts, T1 lost in the LCK 2021 Summer to DWG KIA, who seemed to be their kryptonite the whole year.

In Worlds, Canna was a great teamfight player. His Kennen was a threat to the other teams.

Unfortunately, Canna and T1 had to face DWG KIA once again - this time in the semifinals of Worlds, which was considered by many as the actual final.

It was a hard-fought battle but T1 lost. Canna was one game away from making the finals, only in his second year as a pro. One thing is for certain, the future is bright for Canna.

Consistency is something that Rascal struggled with throughout 2021.

Despite his performance during Spring 2021, which helped Gen.G reach the LCK finals, Rascal’s form decreased during the Summer Split and Gen.G had to use their substitute Burdol for some games during the season. Gen.G did not make finals in Summer, but they still made it to Worlds.

The resurgence run for Rascal and Gen.G happened During Worlds 2021.

Many people expected them to fail in the group stage, but the organization had different plans. Gen.G were one of the pleasant surprises of tournament. They ended up taking the eventual World Champion EDG to five games during the semifinals of the competition.

It might have been not the best year for Rascal, but he certainly had his flashy moments. He showed us that a perception for a team can be turned around in a short period, just like what happened during Worlds 2021.