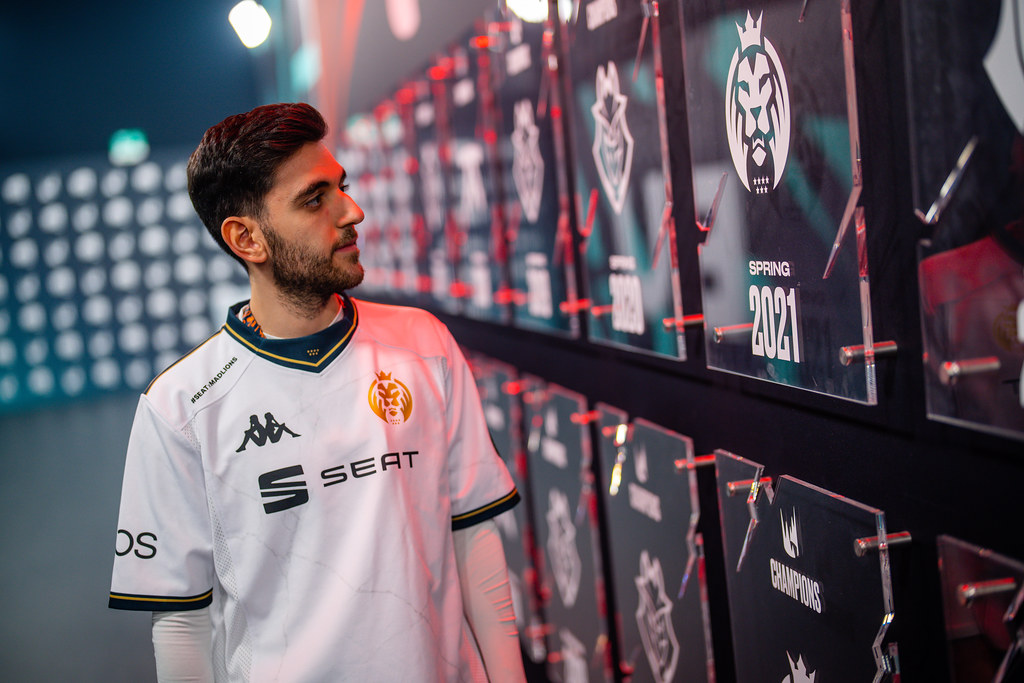 After four intense weeks of peak weak League of Legends, and as we have reached the mid-split point, the race for the LEC playoffs is as close as it has ever been. Teams like MAD Lions and Rogue remain on top of the table due to their unmatchable consistency, whereas others like Fnatic and G2 continue with their worrying performances.

Meanwhile, Astralis and SK Gaming have risen to the occasion, and other teams must take them seriously if they don’t want to fall off the face of the earth. Yet, despite the craziness, some players stood out from the crowd. And one team is shining brightly:

With the addition of Yasin “Nisqy” Dincer, MAD Lions have become a dominant force in the LEC. Following their regular season struggles last split, the organization only changed one player to reach this point. The team looks different, inside and outside of the game—and everyone can see it.

MAD Lions’ coach, James “Mac” MacCormack, recently admitted that the team lacked a unified voice last split, and that they found one in Nisqy. He is an experienced leader, and his shot calling helps MAD Lions as they move around the map and set up around objectives or for shutdowns.

The team is in second place behind Rogue, and both teams have been the only shining beacons of consistency in the LEC so far. Are we looking at a repeat of the 2021 LEC spring finals?

Not if you are Jaxon’s choice in top lane for Players of the Mid-Split. Speaking of which:

When you type Odoamne, you might as well replace the word with ‘consistency.’ A well-established veteran, he is the weakside king, and he will rarely let you down. Having him on your side will always be an advantage in the LEC.

For the past two years, Rogue been a powerhouse during the regular splits, and the trend continues. They are comfortably sitting first in the standings, quite the achievement considering their 1-2 superweek start.

Alas, the question remains unanswered: Is this going to continue in the playoffs, where Rogue usually falls apart?

After a brilliant 2021 debut, Elyoya suffered with a rookie mid laner as his sidekick the 2022 spring split, His strong stats could not prevent MAD Lions from losing games, and the many defeats tasted bitter; worse, for the first time, he missed the LEC playoffs. But it made him hungrier than ever.

Elyoya needed a mid laner who clicked with him, and Nisqy’s arrival was the best answer MAD could provide to him. The support that he received from his mid laner enable him to play as proactively as he wants.

Elyoya is free to set up skirmishes, objective takedowns, and just about anything on the map—and it shows. It’s as if MAD Lions hate laning: they love being around the map and messing with opponents.

Just turn on the Swedish rap, pick him Azir and watch him perform: it’s that easy to activate Larssen. Often unnoticed due to his lack of branding, his performances are top-notch this split. Gameplay is the most important trait, and he is nailing it.

Another consistent player in Rogue, Larssen shares the same question that looms around Odoamne. Nevertheless, he will rarely be the source of a game-ending mistake or blunder—although such occasions usually doom Rogue, which goes to show how essential he is to the team.

Despite failing in the 2022 Spring split, MAD Lions witnessed one of their rookies perform. Despite stepping into star AD carry Carzzy’s shoes, UNF0RG1VEN made everyone forget that he wasn’t the most sought-after performer in the European Regional Leagues in 2021. On that one, MAD struck gold.

UNF0RGIVEN had a flashy start to his LEC career, eventually becoming MAD’s saving grace in some of their spring split games. With a split under his belt, his level is continually rising—he has been dominating this split. His synergy with Kaiser has developed to another level, and MAD’s improvement in other areas of the map allows them to use him as a late-game insurance.

Hylissang’s otherworldly performance may have overshadowed Trymbi in the spring split, but Rogue’s support never fails to impress. Owing to his consistency, the development of his partnership with Comp in the bot lane, and his actions past the laning phase, he rose to top our support rankings.

Rogue often chokes their opponents with their macro, the aspect of the game where Trymbi’s shotcalling and leadership comes into play. His leadership and communication skills have improved massively in the recent splits, and it’s paying off for Rogue.

In-game, Trymbi is not as shy as he looks outside of the game. He is never scared to initiate plays for his team, and some of them have been highlight-worthy.