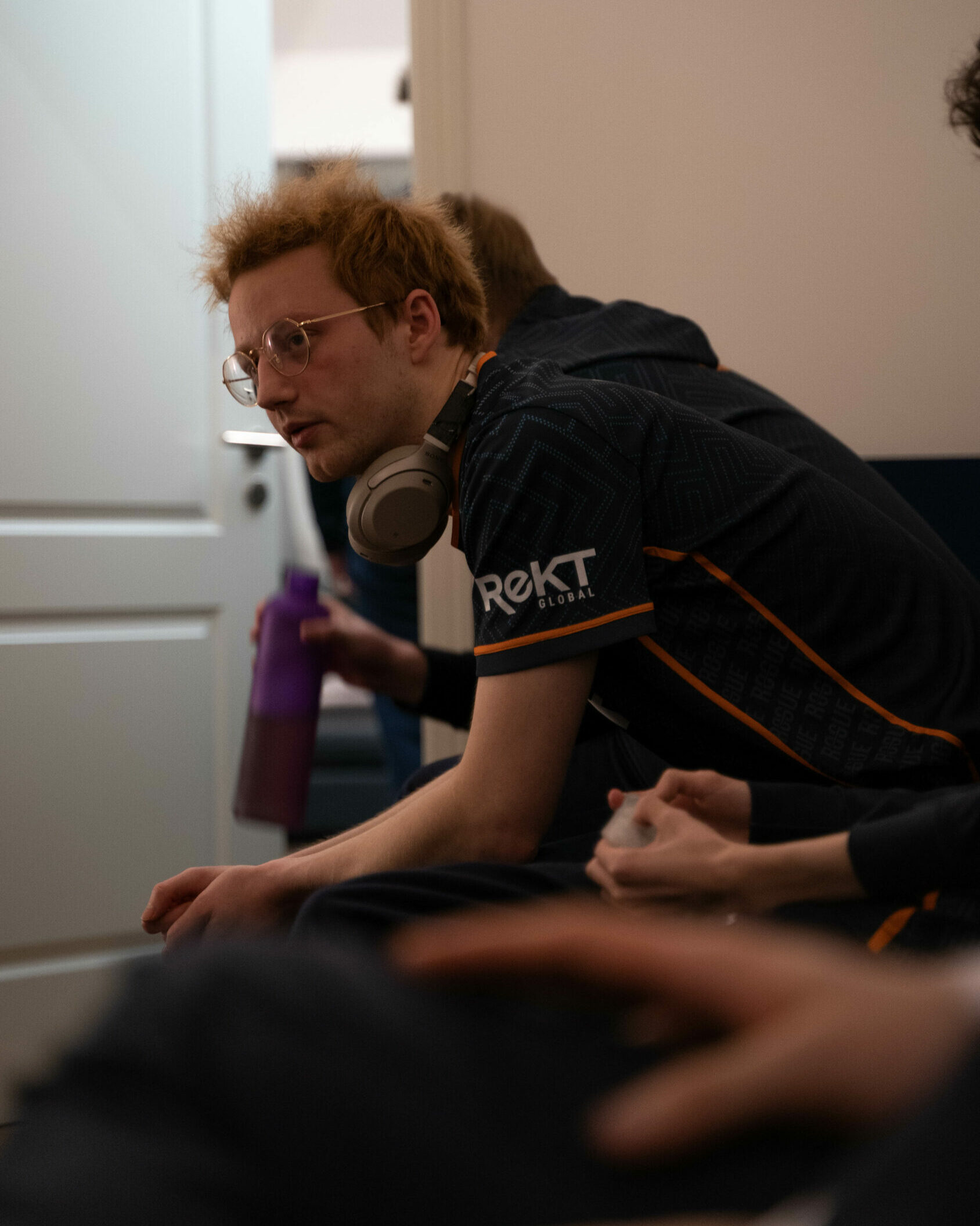 Jaxon interviews Rogue’s Larssen cruising off to a 9-0 start: “I’m very happy with the players that we got.”

Despite falling short of qualification in the group of death, Rogue forced a three-way tie for second place and promptly knocked out 2019 world champions FunPlus Phoenix out of the competition.

Western fans and teams buzzed ahead of the offseason as AD carry Hans Sama impressed onlookers with his performances, and as Inspired emerged as a jungling powerhouse in Europe.

Larssen was buzzing too: unlike the 2020 World Championship where they suffered an early exit, they lit fireworks in their group, and many could see promise in their lineup as they were oh-so-close to making it. His teammates’ performances on stage, his scrim performances, and witnessing teams lift the trophy left him wanting more.

“Hans sama was performing super well, and I saw first-hand how popping off can help your career,” Larssen said. “I was very inspired by his performance. Also, seeing other teams lifting the Worlds trophy was very inspiring.”

“Knowing that I could do very well against the top teams was inspiring, since I did very well in scrims,” he added. “But we didn't get to show it on stage, and I want to show it better than I did last year.” 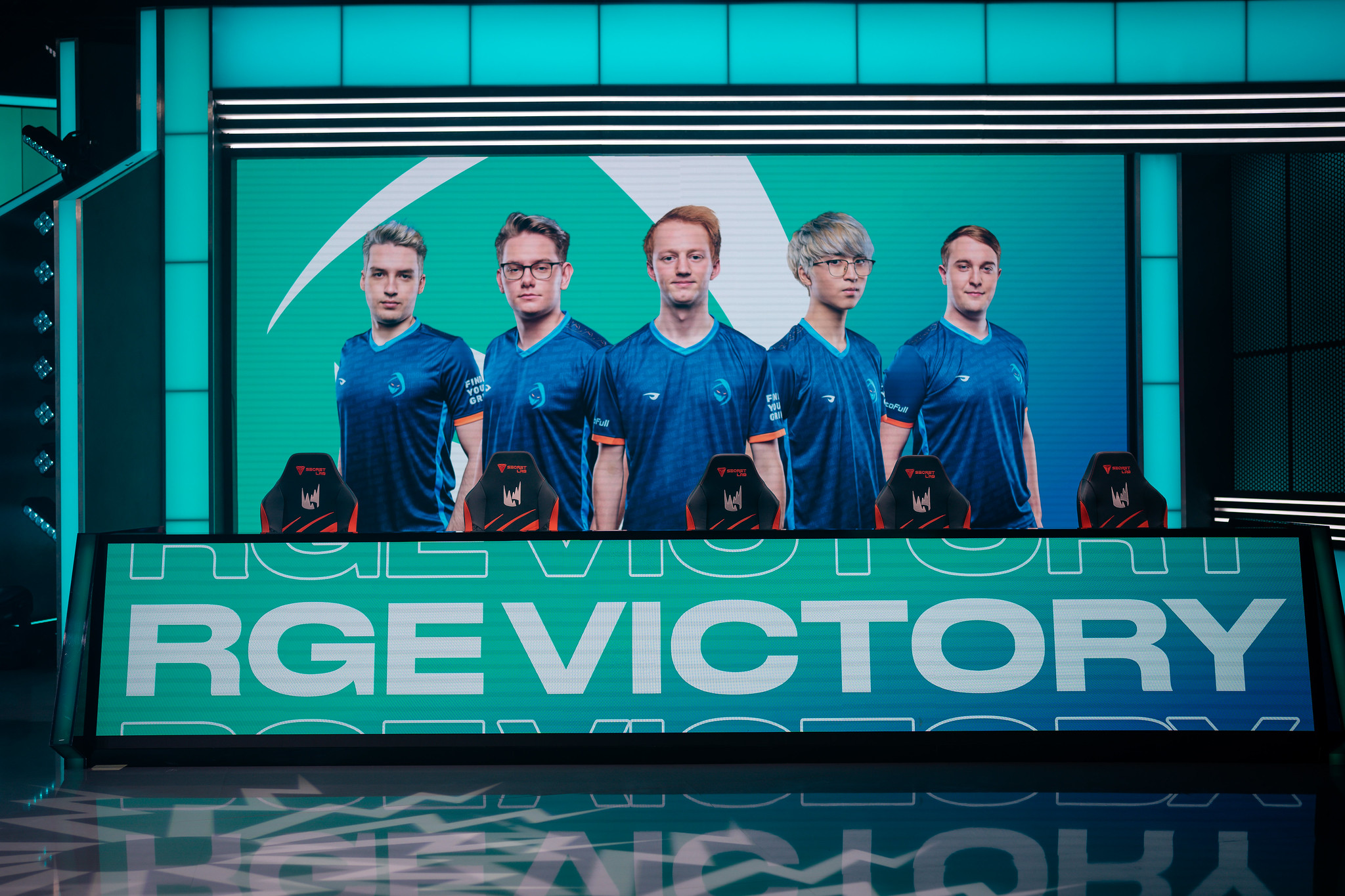 Rogue often saw the victory screen in 2021 with Hans sama and Inspired on the lineup. Source: LoL Esports

However, the mid laner would be showing it without Inspired and Hans Sama. The players commanded attention as potential blockbuster signings, and they eventually left for North America.

And as Rogue lost them to free agency, European fans cried out and lashed out at the organization: how could they let their two best players go out like that? Who would replace them? How dare they do that? Rogue lost the offseason, no doubt.

In contrast, Larssen was understanding: the LEC is a business after all, and many things can happen during the offseason. And unlike the community, he had plenty of reasons to be happy about how Rogue bounced back from those departures.

“I was looking a lot at VoDs of players, and I'm very happy with the players we got,” he said.

Larssen was also familiar with the players joining him: he and assistant coach Blumigan were fond of Malrang as his playstyle, solo queue performance, and familiarity (particularly with Blumigan in the TCL) were enticing. As for Comp, he regarded his skill level highly and acknowledged that the AD carry might have been “unlucky” with his previous team.

With new teammates comes a new atmosphere and a new playstyle, both of which brought his already high levels of excitement up a notch.

“I'm mostly excited for this new year, because it's completely different with how everything will work in the team,” he said, before adding, when asked about his higher levels of responsibility in the mid lane: “I'm not afraid of it: I'm very excited for it.”

And it is paying off. 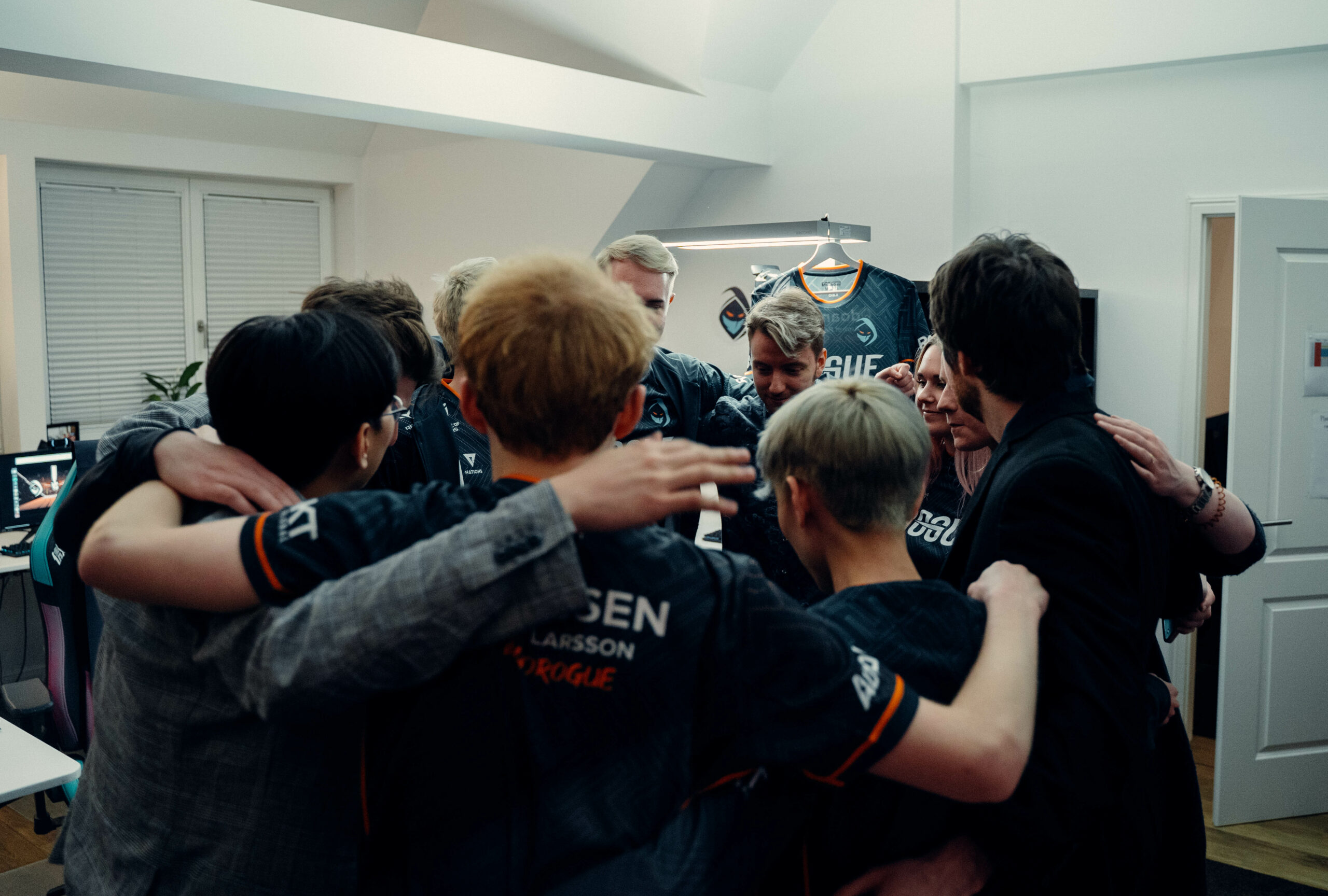 Rogue's 2022 roster huddles after one of their nine victories in the first half of the season. Source: ReKT Global

So much for losing the offseason: five weeks in, Rogue has settled comfortably in first place with a 9-0 start—a first since the 2015 Fnatic. The team is working towards its final form without the star players that many had thought were vital, and they are doing it with an all-around effort as players shine in their own way.

Contrast with 2021, where the team relied heavily on Larssen playing a safe mid lane matchup, and on Odoamne to play weakside in the top lane at every turn.

“You can't have five carries, then everyone is dead,” Larssen said. “We had Inspired and Hans sama, and it was good: they were playing very well. So, I was making sure not to use my jungler's time too much because Hans would use it very well, and Inspired could also use it to carry the game.”

“Odoamne needed to be the weakside for us for our bot lane to carry, or for Inspired to farm up,” he added on Odoamne’s case in particular. “So, he couldn't use the jungler's time. He barely could use it last year. He was trying to stay relevant and be useful even though he had no resources. And that's how it is.”

To some extent, that still is the case for Odoamne, but things have changed elsewhere: mid and bot have taken turns carrying, and Malrang’s teamplay have provided the entire team some wiggle room in team compositions.

“We're definitely going to play a lot more through mid, and I'm going to be very important this year,” he said, “compared to last year when Hans sama and Inspired [were] very resource-demanding players. I was just trying to do my best to help them carry.”

Although he did not have much to prove to the discerning eyes of opposing coaches and seasoned analysts, Larssen reminded the LEC fanbase of his high-level mid lane gameplay throughout the first half of the split.

And that was despite setbacks leading to the season.

“I arrived late in Berlin because I had Covid, so we didn't have the most efficient practice,” he said. “But since I came down to Berlin, everything has been working super well, and we've been improving a lot. Everything is going well in the training department.”