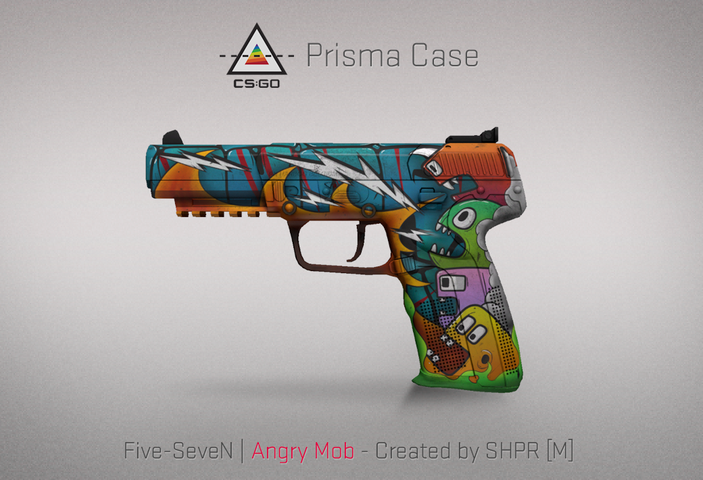 It’s time to talk about the Five Seven

Everyone understands the Deagle is overpowered at this point.

The two hit kill to the body has been the subject of much chagrin, and the infamous star of many a multikill. But this article isn't about the Deagle - and besides, a little birdie told me it might be getting nerfed soon.

So it's time we looked at the Five Seven.

Remember when the P250 one tap headshotted, and everyone realised that was total BS, so it got changed?

Remember when they told us that CT rifles can't one shot headshot because that would be unbalanced?

Now, imagine if you combined the old P250 except with spammable bullets and running accuracy. Anyone who played back in the day knows how much one tapping with high running accuracy can be, because it's not that far from the old Tec-9.

Trying to hit a wide-swinging Five Seven user who doesn't really have to worry about counter strafing gives the eco player an advantage, at least at close range. You might argue you shouldn't be fighting at close range against an eco, and that's fair.

But when there's three or four guns and one Five Seven, or on maps where there's a lot of close encounters, sometimes you just got domed by a pistol.

There's no reason the gun needs to one shot - the Deagle should be able to one shot headshot, but not 2HK to the body, and the Five Seven shouldn't be one shotting anyone who has head armour.

Why bother buying the MP7, the Bizon, the P90, the FAMAS? You can pick your choice of two ridiculously strong pistols and do a much better job for much cheaper.

Once the Deagle is fixed, people are going to recognise that the Five Seven is the next broken gun. Mark my word.