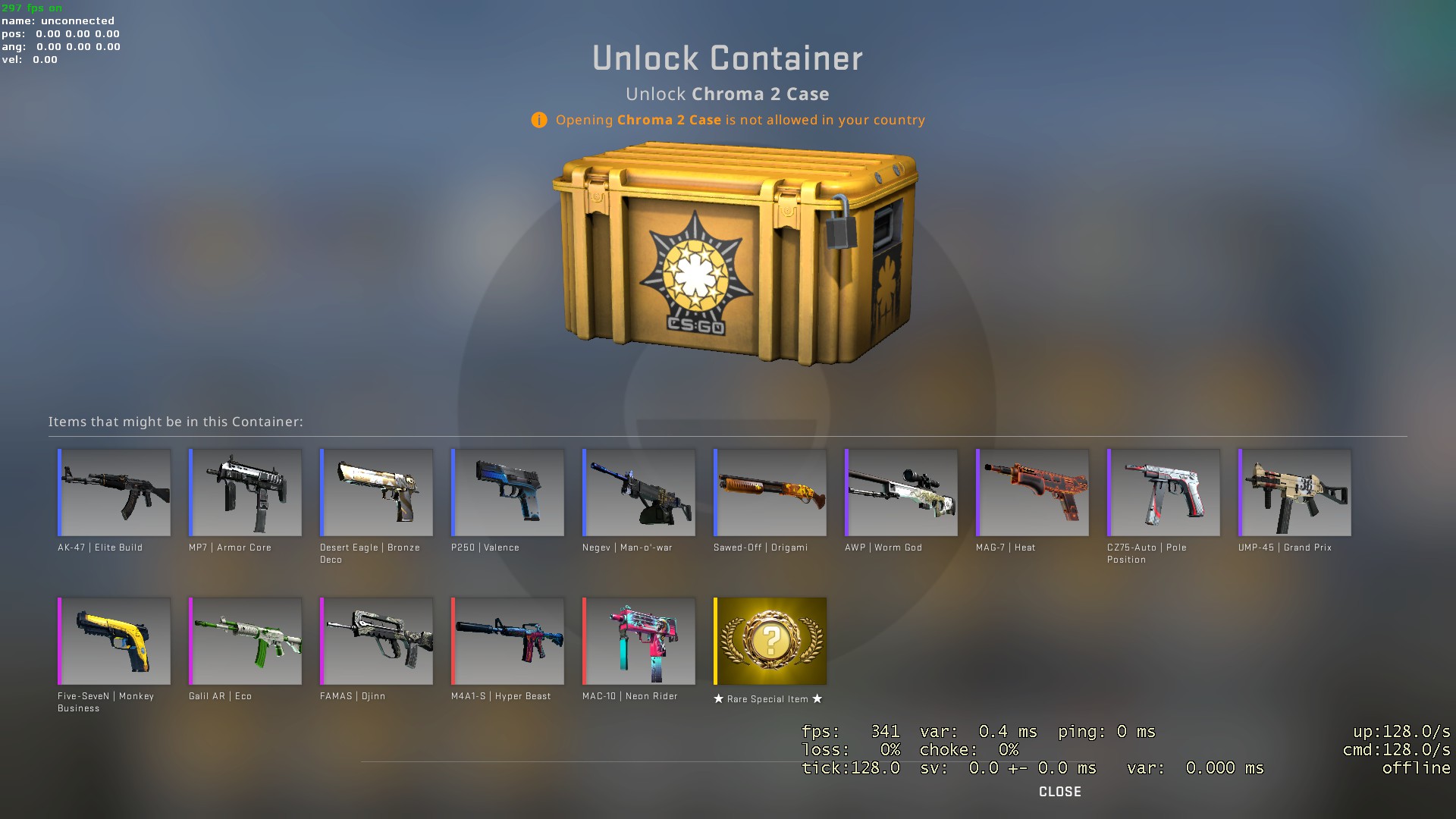 You are most likely here because you are debating going down the rabbit hole of opening CSGO cases and are wondering if it’s profitable.

Let me tell you, once you open that first case; you’re done. You are forever grasping redemption from the last case.

Today, we shall share the confirmed odds of that gold passing your screen.

Knife or Gloves, what are the odds?

Well, your chances aren’t so high.

If you want an exact percentage of the chance of opening a knife or gloves per case, it would be 0.25575% per case. If you tried to unbox a stat track knife, that’d be around a 0.02558% chance per case.

So, mathematically, you will need to open around 390 cases before getting a knife.

Seriously, imagine spending $975 on a Navaja knife. Don’t be that guy.

Reds, Pinks, Purples, what are the odds?

If you thought the knife/gloves odds were terrible, get a load of this chart; this is accurate data.

This chart was made possible due to the “loot crate law” from China’s ministry of culture in 2016, where publishers were requested, by law, to display their loot crate odds or have them removed.

Therefore, if you want even to achieve winning a red “covert” skin, you have a 1 in 156 chance of even scoring a red! This is one of the only “guaranteed” profitable skin types in all cases.

Even purple “restricted” and pink “classified” skins, which you typically won’t even profit from the odds, are still 3.1% and 15.9%, which when you actually logically think about it is ridiculously low.

As you can see in the image, there are examples of restricted and classified skins, all fluctuating thinly between the lines of losing and winning money—all at the expense of a minimum 16% chance.

The story concludes that you should buy your skins; statically, it is significantly cheaper. Opening CSGO cases to get the skins you want is not profitable. At all.

But who knows, maybe it’s your lucky day.