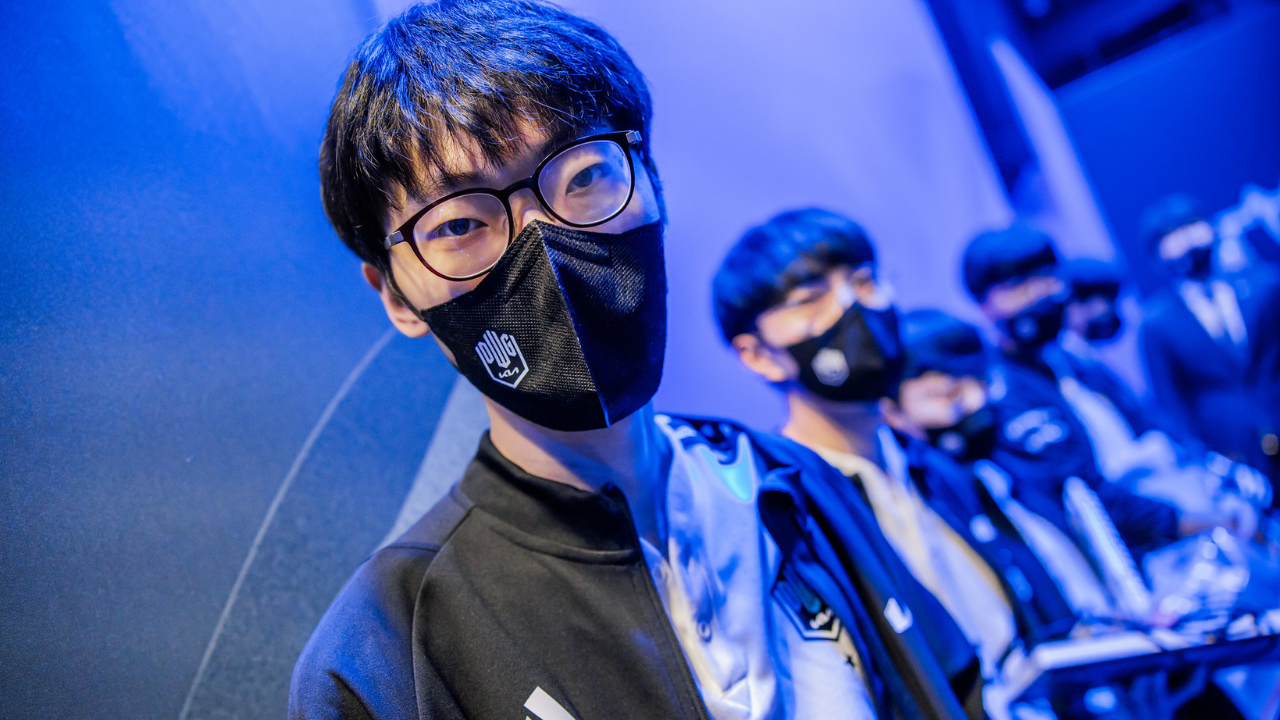 DWG KIA is back

Interview with DWG KIA Nuguri: “Rivalry against G2 is an old story”

DWG KIA kicked off their Worlds 2022 group stage campaign with a convincing win vs. G2 Esports, and Jaxon got the opportunity to interview their star top laner Jang “Nuguri” Ha-gwon after the match, following his return to the international stage.

Is DWG KIA vs. G2 still a rivalry?

These two teams have a long history between them. The rivalry started in 2019 when G2 knocked out a rookie DAMWON Gaming squad in quarters on their way to the Worlds final. However, Nuguri and the boys got their sweet revenge a year later on their route to winning the 2020 Worlds title.

In his eyes, though, that book is closed.

“It was a long time ago, and it is too old of a story,” Nuguri said in our interview after the first day of Worlds 2022. “A lot has changed since. The meta changed, players changed, etc. It is not as big of a rivalry as it used to be.”

Regardless, Nuguri was still very happy with their Worlds 2022 opening victory and his performance. He played an excellent game on his notorious Camille, which wasn’t a standard pick throughout the split.

“The meta changed a lot from the LCK playoffs,” the top laner said. “Picks like Sejuani and Gnar that I played a lot got nerfed directly or indirectly. I think that Worlds top lane meta centers around bruisers.”

At the end of 2020, Nuguri sought a new challenge, so he decided to join FunPlus Phoenix in Chinese LPL. Yet, the newly formed super team failed miserably at Worlds 2021, finishing dead last in its group. However, he claims the LPL experience didn’t significantly impact him as a person or as a player.

“Looking at it from this point of view, a year in LPL didn’t impact me as much,” he said. “Maybe if you ask other people, they would give you a different opinion, but the way I see it,  LPL didn’t change me as much.”

Yet, Nuguri did decide to take an extended break after the season. He even seriously thought about retiring from competitive play. But then, he realized he still wanted to compete, and he reunited with Canyon and ShowMaker in the 2022 LCK Summer split.

“After Worlds 2021, I really needed some rest, and it turned out that the time was my medicine,” he said. “I started playing League, regained a competitive mindset, and decided to try again and give it another shot.”

Although the roster is different, the aspirations remain the same for DWG KIA. They had a difficult split, and adjusting to the new team wasn’t easy.

“Although the core is still here, including the top side of the map and coaches, the new bot lane plays a completely different style.” Nuguri said. “We are a different team, and it took time to adjust to them.”

LCK is as good as the LPL

Many people questioned the quality of LCK teams at the 2022 Worlds compared to LPL. Besides Gen.G, all four LPL teams came into the tournament highly rated. However, Nuguri believes that LCK’s power level isn’t too distant from LPL—and is much better than western teams.

“I think that Asian teams are still better than the West overall,” he said. “Regarding LCK vs. LPL, the quality of matches is very similar. You just don’t know who is going to win each game.”

After beating G2, DWG KIA faces Chinese champions JDG next, which will be a true test of their strength. And Nuguri is very excited about the match:

“There are a lot of great teams and players at the tournament,” he said. “But for now, I’m really looking forward to tomorrow’s match vs. JDG. I already faced 369 when I was in FPX, but playing against him at Worlds is going to be very fun.”

Group stage action continues on Saturday, and you can check out full Worlds 2022 coverage on the link.