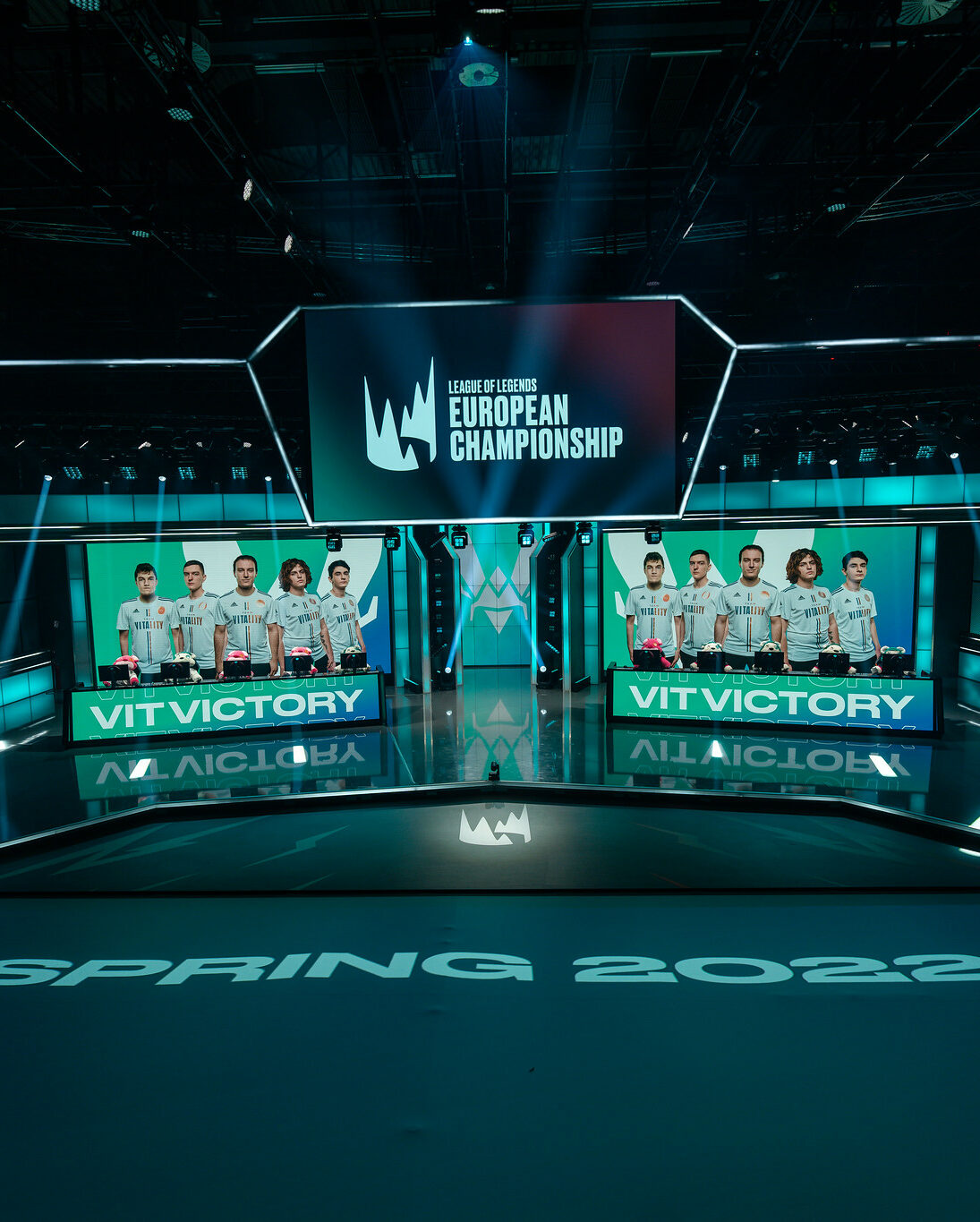 After a rocky start to the 2022 LEC spring split, Team Vitality have recovered with three wins in their last four games. Despite their defeat against Rogue, the team has shown signs of rounding into shape in the spring split. But Vitality’s ambitions are elsewhere as they eye World Championship qualification.

Jaxon’s Adel Chouadria spoke to Carzzy before Vitality’s Week 3 showings (1-1 overall), and Carzzy addressed the reasons behind his MAD Lions exit (and Vitality entry), the differences between the two teams, and more.

Adel: Not sure if I saw your transfer coming back when I interviewed you in the 2021 summer finals. What happened for this to happen?

Carzzy: I felt like I [couldn't] really... I did not have the drive to improve at MAD Lions anymore, and I felt like it's just going to be better for me to go to some other team. I also liked everyone from this roster. It was quite simple: I got a better offer from Vitality, I like everyone in the team, and I was also driven by improvement. That's why.

Adel: Being within a system for so long, when you get used to a system, you want to explore your development. And maybe you didn't necessarily feel like you could do that exploration [on MAD]?

Carzzy: Basically, yeah. I played in a good team for two years, which was MAD Lions. I never had any other good team except for BIG, but that was at ERL level. In MAD Lions, I wasn't playing with anyone experienced, only with Humanoid—which was good, but didn't win anything at the time. So, I wanted to try something new.

Adel: And you get to try that with someone who you used to banter with a lot on Twitter.

Carzzy: Yeah. Me and Luka had spicy texts.

Adel: It was more fun than spicy. It was like: both of you understood that you were having fun with it.

Carzzy: Yeah. We did a lot of banter. I even used to talk to him when he was still an AD carry main in G2.

Adel: What can you tell me about the difference between bantering him back then, and being his teammate now? I'd expect more banter now.

Carzzy: There is not much banter. The only banter that I have now is me telling him that I'm a better AD carry than he ever was. [laughs] It's like the only thing. Otherwise, there is not much happening. There is not much space for banter right now: we're kind of getting stomped in the LEC. I'm trying to be as friendly as possible; after we're good, I'll start bantering a bit more.

Adel: Early spring split is kind of overrated anyway: so many good teams have struggled in the past. Like back when Fnatic had a 0-4 or 1-5 start in that spring split.

Carzzy: I remember that. I am not really worried: I see great improvement, and I think that we have very great personalities in the team. We're improving really fast. Even if we're losing, or if the spring split is a fail for us, I'm not worried for summer.

Adel: It's all about going to Worlds--again, for 4/5, but bringing Labrov along since he didn't go there yet.

Carzzy: Yeah. I really want to go to Worlds. I prefer winning LEC because I would really like to see everyone on this team win; I think it would make them really happy, especially me as well.

Adel: Everything is new around you: the environment, teammates, everything. What have you noticed in terms of differences between the old and the new so far?

I'm here, and I see great potential in everyone who's playing in this team, in this roster. We have a really good coaching staff and management staff. Everything is going really good here.

Adel: What more can you tell me on the better scrim culture?

Carzzy: In MAD Lions, we had really bad scrims. We couldn't improve much from scrims. We had a really bad scrim mindset on the team. I don't blame it on anyone: it's the mix of personalities. We were more of a stage team, so it was really hard to improve, and it especially showed at Worlds. At MSI, we had two really good weeks, which helped us a lot, but after that we got kind of stomped by the Asian teams.

In Vitality, everyone is motivated, and scrims are going better. We are really focused on improving everything that's going around.

Adel: It's not just scrims: even on Week 1, Mephisto said that Vitality tried stuff on stage that didn't work. That made me think that you guys are pushing the limits even on stage.

Carzzy: We chose really hard drafts to execute [on Week 1], except for the one against Fnatic. I think we could have won that game for sure with our draft. We were playing it really well until we weren't. Other than that, I think it was pretty hard for us.

On Week 2, we decided to go with something we're more comfortable with.

Adel: When looking at some of the players that you're playing with, especially the players you didn't play with before, what can you tell me about your expectations of them vs. the reality of playing with them?

Carzzy: Everyone is kind of like I expected them to be. Alphari is really, really insane; the gap between him and every other top laner in EU is insane. [Perkz] is a good team leader, which I also knew. [Selfmade] is mechanically the best jungler in EU, I'd say. So, our team is pretty explosive.

I'm very happy for everyone on this team, because they are really good players, full of potential.

Adel: Looking back at the only player you played with before, I would like to see you reflect on how far you have grown, and on how far Labrov has grown.

Carzzy: Labrov became a lot smarter about the game. He knows a lot, and he's really good at laning. He understands a lot about it.

I have a new job in Vitality: I don't have to be the main voice, or on the [2020] MAD Lions one the secondary voice.

Adel: You can feed information and know that people are going to use that...