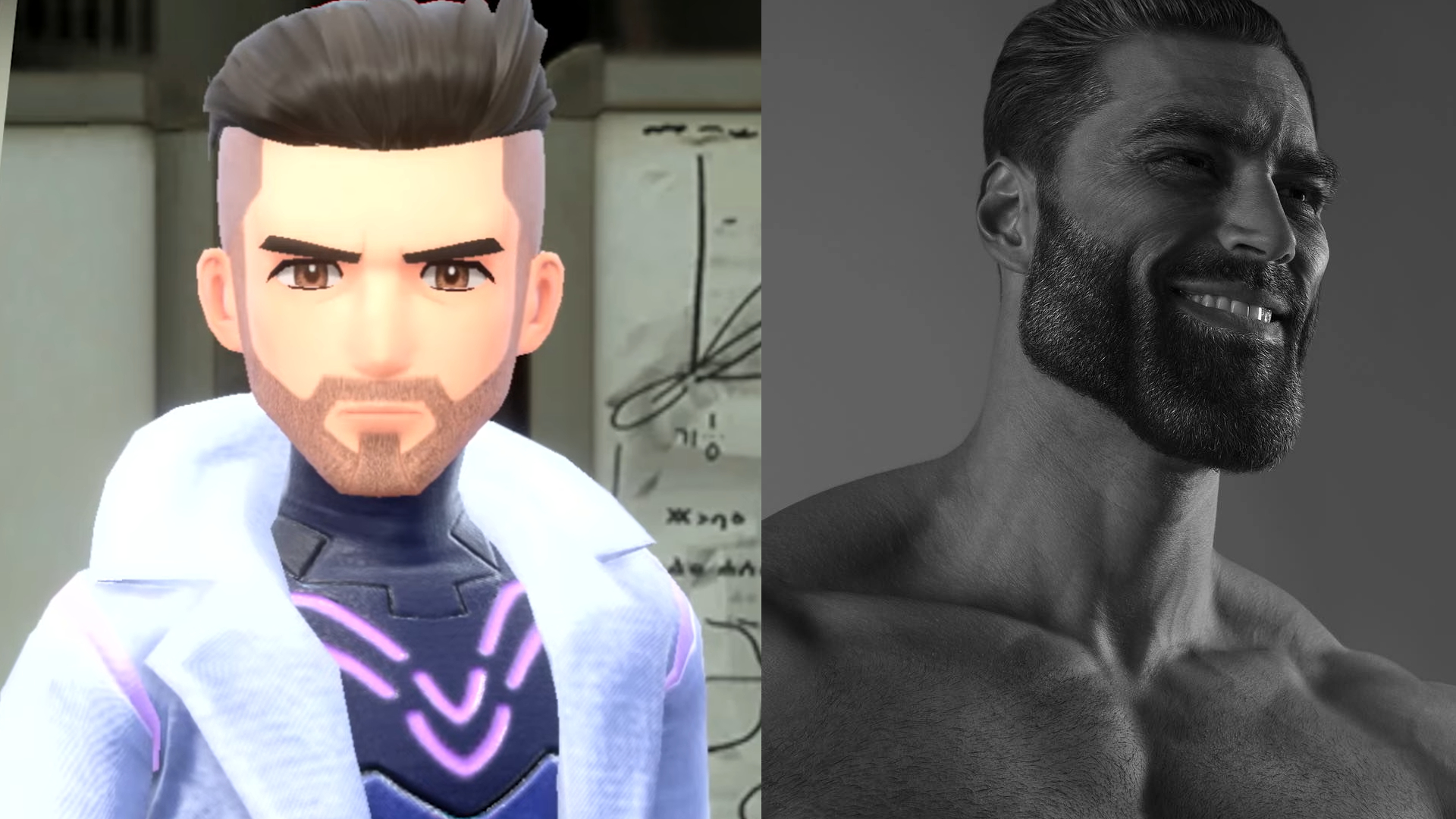 Pokémon Scarlet and Violet is the next mainline addition to the franchise, with a release date of November 18, 2022.

Basically, it’s everything that Pokémon fans want to know before a new game comes out.

Although there’s a heap of new information to digest, the internet has focused its attention on two of the most important elements: the Giga Chad professor and new Pokémon, Lechonk.

Turo, the new male professor, has a jawline that could cut glass.

I’ve never seen such a stud professor in my life. Talk about unrealistic expectations. He’s a literal Giga Chad.

We got a long list of never-before-seen characters in the Pokémon Scarlet and Violet trailer; new starters, new box-art legendaries, and more.

Naturally, all of that was overshadowed by a stout pig mon, Lechonk

This will, undoubtedly, be a common Pokémon that we can grab early in the game – no reason to care other than the fact that it’s a pig named Lechonk.

Pokémon Scarlet and Violet will be a must-buy for Pokémon fans who still haven’t gotten sick of the same gameplay loop they’ve been playing since the late 90’s.

Open world? Pretty cool. Party up with friends? Feels like this is years overdue? Lechonk and Professor Giga Chad? Worth every penny.