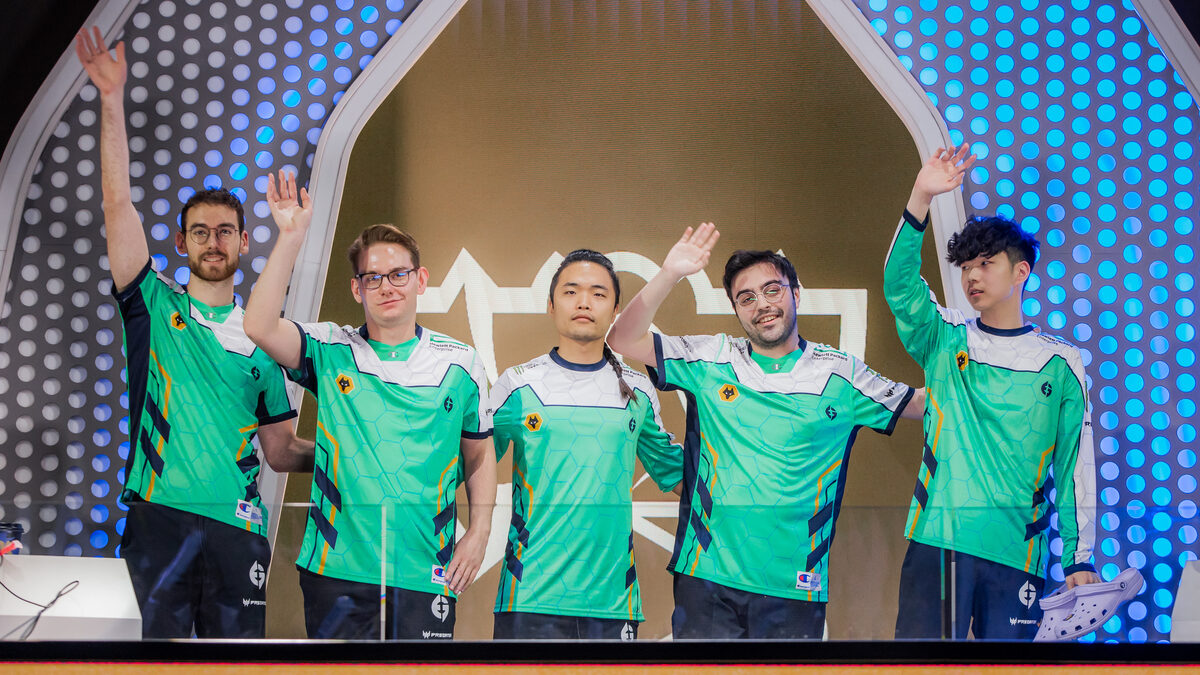 For the first time in League of Legends history, North America won a bo5 against Europe in an international competition. Evil Genius clean-swept MAD Lions in the Worlds 2022 Play-in Knockout stage and will be marching toward the Main stage of the competition.

North America’s third seed will be placed in Group B, where they will meet the likes of G2 Esports, JD Gaming and DWG KIA.

Inspired: “It was personal”

The clash between MAD Lions and Evil Geniuses was personal for Kacper “Inspired” Słoma. The jungler was denied a LEC title in the past when he got reverse swept by MAD Lions in the 2021 LEC spring finals. However, Inspired got his revenge today and knocked MAD Lions out of the competition. While it might not be the ultimate revenge, it must feel good.

Following the win, Inspired gave a post-game broadcast interview, where he talked about what the series meant for him:

“It was personal against MAD Lions. Even though three of the players were different, with Elyoya and Kaiser being the members that denied me an LEC title, it was still personal. About the EU>NA, I didn’t really care that we lost to G2 at MSI. People were making a big deal out of it but I knew that the games there were irrelevant and both of us (EG & G2) would get clapped at semifinals.

Inspired on why MAD Lions lost:

Inspired was not expecting a stomp today. However, according to him, there was a specific reason for the stomp to happen:

“I was not confident that we’ll stomp them. I had a lot of respect for Elyoya and I thought he will perform very well. He was the main carry of the team, but I think today, he kind of had to play with four bots. His teammates were doing nothing and suddenly jungle is weak so he can’t do anything. I think that’s why we won pretty easily.”

Evil Geniuses had a challenging start to Worlds 2022. The team lost its opening game to Fnatic and had to play two tiebreakers for 2nd place in the group. In no time, EG overcame the difficulties and looked like a different team in today’s series.

However, the real work is yet to begin. The team will face G2 Esports, JD Gaming and DWG KIA in Group B of Worlds 2022. While it might be the first meeting for some of the players with those teams, that is not the case for Inspired, who played against both DWG KIA and JD Gaming back at Worlds 2020.

When asked whether he was excited to meet JD Gaming and DWG KIA again, Inspired said the following in a laughing tone:

“I’ve been there before, two years ago. Wow, I don’t know (laughs). Hopefully, we can win some games.”

The Group stage of the 2022 World Championship starts on October 7, 11:00 PM CEST. For more Worlds coverage, you can check out this link.