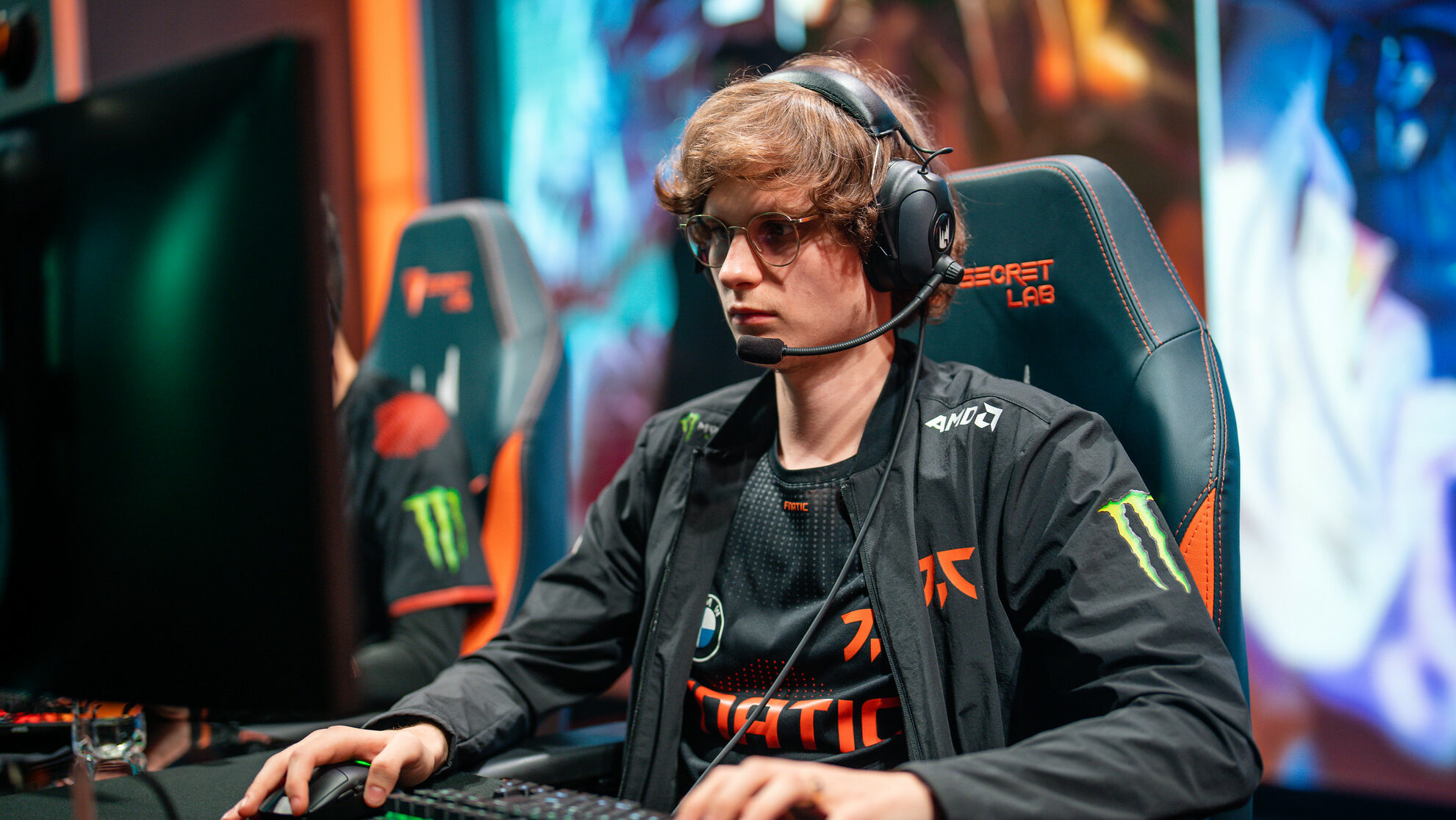 It has been a great start to the 2022 LEC Summer Split for Fnatic, especially for bot laner Elias “Upset” Lipp as he tops the KDA charts in the LEC.

In one of the closest starts to a LEC split, having a carry as reliable as Upset is essential to success. Fnatic (1st, 5-2) can confirm this, as Upset has been pivotal to the team’s games so far.

He is playing at his absolute best, currently topping the league with a KDA Ratio of 10.3, far ahead of the second-best mark, Excel mid laner Erlend “Nukeduck” Holm (7.8 KDAR).

A meta perfectly suited for Upset

In true Upset fashion, what really boosts his KDA is his low number of deaths: only six (6) this split. No, he is not pulling a “Rekkles” and playing for KDA: he is flourishing in the current hypercarry meta instead.

With 32 kills in total so far, Upset is dishing out the hammer repeatedly without dying, sometimes in risky flanks. The 32 mark is the third-highest number of kills in the league.

Upset is notorious for his stable play and ability to work wonders in the late game. So far, fans have enjoyed his gameplay on Zeri, Tristana, and Draven. It’s no surprise that Upset can crack some skulls on a scaling pick like Zeri, but Draven was a curveball, and his performance proved that he isn’t afraid to play a high-risk style.

Alongside his partner in crime, Zdravets “Hylissang” Galabov, the Fnatic bot lane is currently looking like the strongest in the LEC. If the meta continues, Fnatic could go all the way and finally reclaim the LEC throne.

If the meta changes, Fnatic has plenty of other carries; for now, the Upset show continues—and that’s exactly what Fnatic wants.

Who is able to stop Fnatic's bot lane? It would probably only be Hylissang himself, if he starts having some classic happy games.