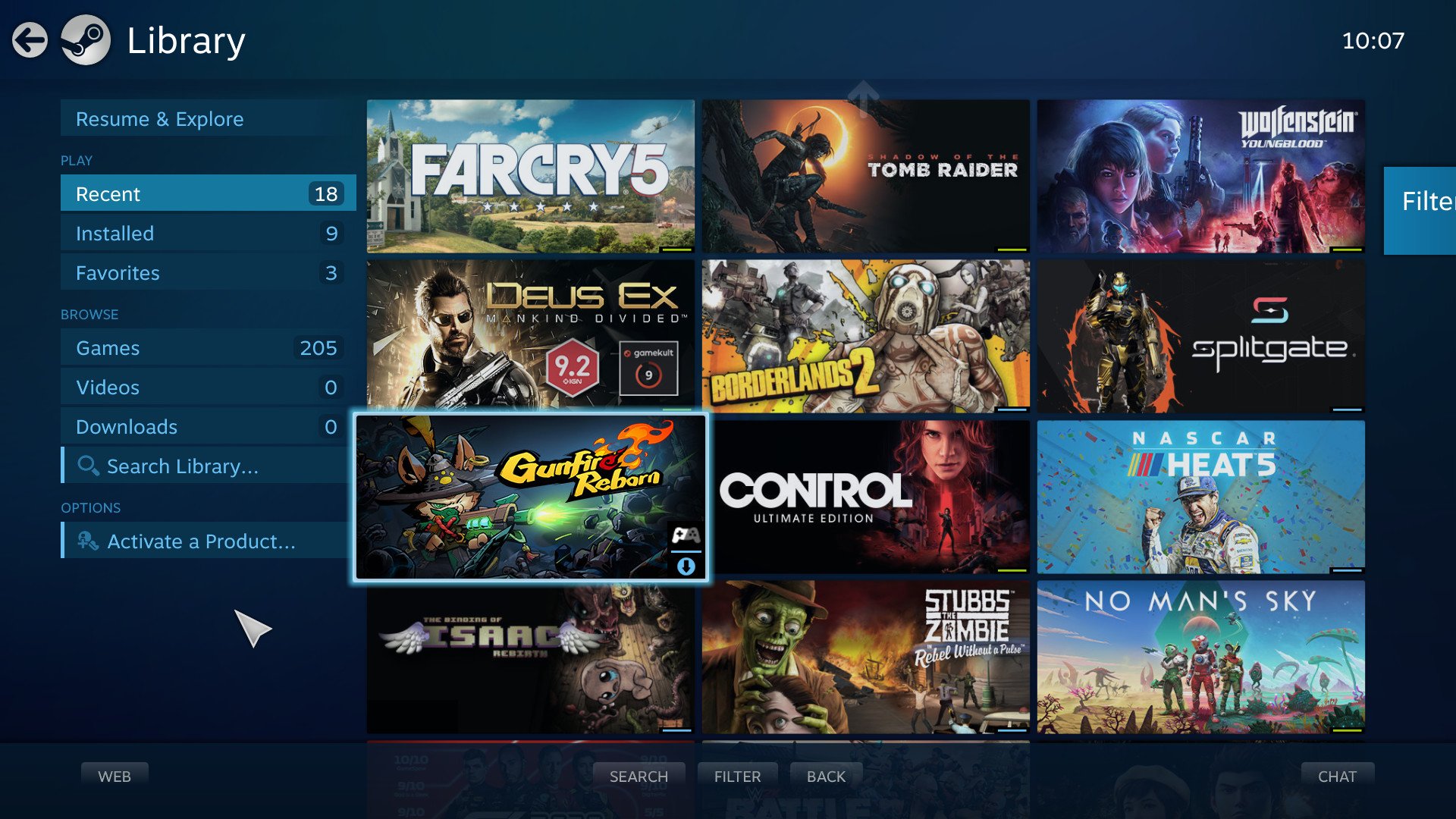 How to update Big Picture mode in SteamDeck

The long-awaited update for Big Picture mode is finally available on SteamDeck, and users can now test it. This update is among an array of changes that will be made following the new interface for SteamDeck.

This user interface is ideal for handheld and docked mode, and aligns with all the scenarios that Big Picture mode is capable of handling.

This update has been a long-time coming

There have been calls to update Steam as a whole, but that’s unlikely at the moment. For now, his will do. It’s taken 10 years, but it’s finally here.

The old Big Picture mode was considered quite clunky by many users, so this is a welcome update. The first impressions are looking quite good – the update looks a lot cleaner for a start.

One of the complaints when the SteamDeck first came about was with regards to compatibility issues with respect to SteamOS, which led to a lot of troubleshooting issues. With this update, there should be fewer issues playing big AAA games on a 7-inch screen.

Some of the changes include a new home screen, a new universal search, a new controller configurator, an optimized steam store, a new system menu, a new quick access menu, and an updated in-game overlay. The changes seem quite extensive, and should certainly help SteamDeck live up to its possibilities.

Users can now test the update and provide feedback

To test this new update, users will have to opt into the Steam Client beta on the Account tab in Steam’s settings menu, and edit the Steam launch shortcut with the following launch parameter: -gamepadui. Before editing the shortcut, users will be asked to restart the client. It’s a fairly simple process.

Steam is now happy to gather feedback on the new update to Big Picture mode, but has acknowledged that there might still be a few rough edges to the update that need smoothening.