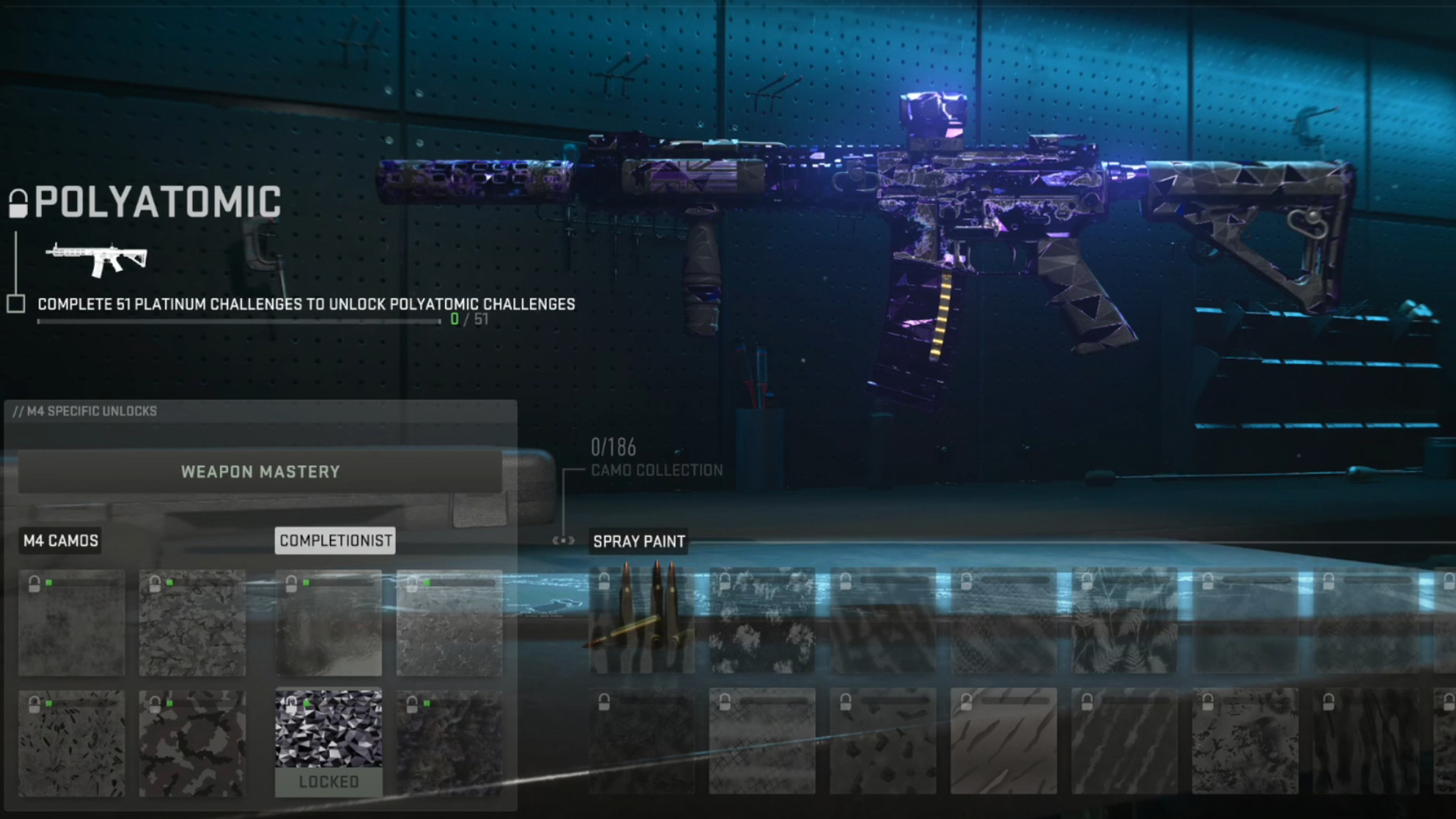 How to unlock Polyatomic camo in Modern Warfare 2

If you are curious about how you unlock the Polyatomic camouflage in Modern Warfare 2, then you have come to the right place. Still, unfortunately, this is slightly more challenging than all the other mastery camos you may have already completed.

The Polyatomic camo in Modern Warfare is the equivalent of an Elden Ring boss due to the high level of time commitment you need to complete it. But, simultaneously, you will gain the camo as an award that will act as a status symbol, so it’s a win-win.

If you haven’t already, you will need to know how to obtain Gold camouflage and Platinum camouflage; otherwise, it will be impossible to get the Polyatomic camo.

How to unlock Polyatomic camouflage

The way that you unlock Polyatomic camouflage is relatively simple, and that is by getting every single weapon gold and then going forward to getting them platinum.

When unlocking Gold and Platinum for all weapons in the game, you will receive a challenge to complete for each weapon explaining how to get “Polyatomic” camouflage, which will be for each firearm you wish to unlock Polyatomic on.

You will not just unlock Polyatmic on all weapons once obtaining Gold and Platinum; you will have to go through each weapon again and complete the required challenge. An example of this challenge could be “Get three kills without dying five times.”

How to unlock Polyatomic fast

It is common knowledge around the camouflage community that the best way to grind mastery camos is through invasion. This is true when you have to grind for Gold and Platinum, but once you unlock the final challenges, it’s best you stick to quick-play.

This is because you won’t need to rack up kills as much or level your guns up. You need to place yourself in an environment you’re able to perform in, which for most people is domination or hardpoint, as they are fast pace and longer-duration games.

Any other match type will lead to a longer process; playing domination or hardpoint will allow you to be more agile and quick, leading to more player kills instead of bot kills on invasion, which won’t contribute much progress.

Hardpoint and domination are easy for fast three-kill-streaks, longshots, and double-kills, being what most of the challenges will be centered around.