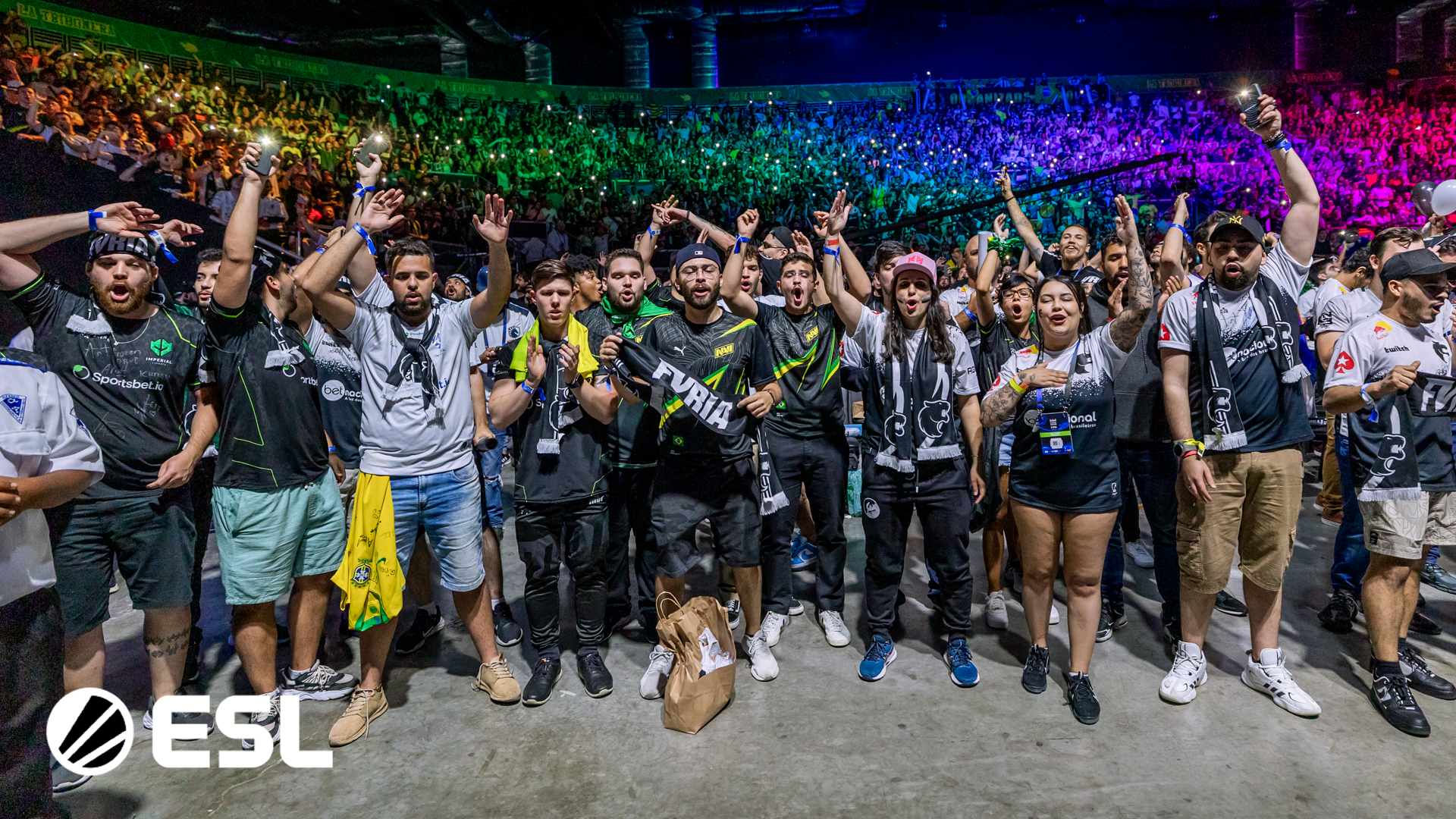 IEM Rio 2022 may have ended up being the worst Major in recent memory, but the Legends stage was an absolute bloodbath. Fan favorites fell every day and the reigning Major champions, FaZe, even exited the tournament 0-3.

While that may not have boded well for the entertainment values of the latter stages of the tournament, it did at least provide some entertainment to watch them lose to a team like Bad News Eagles.

The fact is, however, that they didn’t do so because they got complacent. It’s easy to think that the good times will never stop when you’re in them, that the problems aren’t bubbling to the surface, and that you’re not dancing on a volcano just waiting for the stagnation to bite.

Unfortunately for FaZe, stagnation did bite. It’s been visible for a while if you were willing to look between the cracks, but it’s the same stagnation that’s been present for years. It’s a stagnation that can no longer be allowed to continue, however.

They’re not the only candidate for stagnation though. In fact, most teams in the IEM Rio Legends Stage are. Here is how those teams that fell at that stage can improve to prevent them from falling by the wayside.

Starting with FaZe then, many would be quick to point at Helvjis “broky” Saukants as the issue in this team, but that’s just the reactionary answer. The Latvian AWPer may have failed to show up in Rio, but let’s not pretend like FaZe could get anything close to an upgrade. His form at the beginning of the year gave them late-round consistency they now lack, but aggression is a bigger issue.

Havard “rain” Nygaard is the longest-standing member of FaZe, having been there since they signed the G2 roster they entered CSGO with, but calls for his head has been commonplace since the formation of their superteam back in 2017. He had a resurgence at PGL Antwerp, but since then he’s been back to his expected levels. FaZe made a criminal error in not signing Mareks “YEKINDAR” Galinskis, they should be looking for another future star to take them back to the top now.

We’ll be honest, we’re not entirely convinced we know who that is either. It may take a gamble similar to broky, but there is one player who might not be a gamble at all. Sprout’s Victor “Staehr” Staehr has already been tapped up by Astralis as a replacement for Kristian “k0nfig” Wienecke. That move didn’t go well for Astralis, probably because they offered Asger “farlig” Jensen as a makeweight, but for FaZe, it could go much better.

Verdict: A refresh is needed, Staehr can be FaZe’s man.

The RMR may have been a great debut for NIP, but they were utterly flat by the time they made it to the main event. Frederik “REZ” Sterner might be an incredibly gifted rifler, but the same can’t be said for his AWPing. Realistically, it’s probably better he’s on the big green than Patrick “es3tag” Hansen, one of them at least stands a chance of getting a kill with it.

It stands to reason then, that the problem with NIP is still found in its AWP department. REZ should be rifling, but finding a new AWPer is difficult. NIP has now missed out on both Alvaro “SunPayus” Garcia and Abdul “degster” Gasanov, so they’re set to have a harder time than FaZe to improve, stumping up the cash for one of those two might just be the only options they have.

Verdict: It’s going to be costly, but an AWPer is what’s needed. Taking the financial hit for degster might be the only option.

No one ever really knows what to expect from Bad News Eagles, mostly due to the fact they don’t actually play games outside of the Majors they attend. Considering the fact that the games they do play is basically as nothing more than a FACEIt five-stack, it’s hard to suggest that BNE can improve through the replacement of a player.

With back-to-back Legends Stages under their belt, it’s clear that BNE is a team capable of performing at the top. With a BO3 win over FaZe, they may even have the potential to upset the big boys too. The problem with BNE then, is that they need more support to really push on. What they have done without an organization is admirable, but they won’t go any further, or even attend many more events, without one.

Verdict: It’s time the eagles find a backer so that they can truly soar.

Sprout was quietly one of the most impressive teams at IEM Rio 2022. Qualifying straight for the Legends Stage, they even took down NIP to send the newly international roster to their 0-3 embarrassment.

With Ismail “refrezh” Ali, they seemed to have lucked out with an IGL capable of jostling with those already at the highest level. Factor in Staehr, Rasmus “Zyphon” Nordfoss, and “Laurentiu “lauNX” Tarlea, they also have a rifle core with enough firepower to battle at the highest level too.

The problem then, as weird as it is that they now have a Danish roster, is their last German player, Fritz “slaxz-” Dietrich. He’s simply not up to the same standards as those rifles, so finding a replacement for him could be what pushes them to the next level. Both Olek “hades” Miskiewicz and Mateusz “mantuu” Wilczewski are available, and both will be looking for the redemption Sprout can bring.

Verdict: A new AWPer is on the cards, mantuu is the one with a far higher peak.

A win at ESL Pro League Season 16 and a grossly inflated HLTV ranking may have made everyone believe this is a good team, but we were never convinced. Of course, Mathieu “ZywOo” Herbaut is one of the best players in the world and Lotan “Spinx” Giladi has been one of the best riflers this year, but they can’t save this roster alone.

Vitality is desperately in need of a third star, another player consistently able to share the load. Peter “dupreeh” Rasmussen and Emil “Magisk” Reif may be legends of the game, but they’re both past their best. The less said about their IGL, Dan “apEX” Madesclaire, however, the better.

Magisk should be the IGL, he’d be a far better candidate to work alongside Danny “zonic” Sorensen, and not only that, but it would also allow them to say their goodbyes to apEX too. Vitality has the AWPer and the lurker, now they need an aggressive rifler star, the YEKINDAR that they missed out on just as FaZe did. Just as with FaZe, the options are limited, however.

BIG is an incredibly boring team, not least because Johannes “tabseN” Wodarz is determined to waste his career there. There’s also the fact that Florian “syrsoN” Rische can’t perform on LAN, but that wasn’t so much the case in Rio.

BIG’s actual problem is a rather unfortunate one, the repeated absences of Josef “faveN” Baumann. faveN consistently missing events is preventing BIG from ever being a stable roster, regardless of if it hasn’t seemed to have hurt their performances too much.

The fact it hasn’t hurt their performances is great for them, but it’s hard not to think that they could do even better with a more stable team. It may be unambitious, but Elias “s1n” Stein has performed fine so far, at least they would have the consistency that they’ve been lacking for the best part of a year with him.

ENCE is a new team, so it’s hard to give a real verdict on where they could possibly improve. Marco “Snappi” Pfeiffer is fine as an IGL, and the team’s rifle core has all proved they can be solid components. In SunPayus, they’ve even got one of the best AWPers in the business.

That being said, we’re not sure if this roster will ever be as good as the previous one with Spinx and hades. The two rosters may have similar firepower on paper, but they face the difficulties of a complete stylistic change and the fact that every other team is better than they were in the first half of the year… or at least they’re meant to be, anyway.

Still, only time will truly tell how good this roster is. The same could be said for Fnatic and they actually made the Champions Stage. Ask us again in six months and if this roster is a problem, we’ll undoubtedly have the fix.

Verdict: This is probably the only team that went out in the Legends Stage that just needs time. Top 10 is possible, but only if the pieces gel as well as the last roster did.

Going into the Major, we said that Team Liquid was the favorite to win the whole thing. That turned out great, didn’t it?

None of Liquid truly arrived in Rio, both Jonathan “EliGE” Jablonowski and YEKINDAR were huge misses for them as they failed to get off the ground. But they weren’t the biggest problem for Liquid, instead, that came in the shape of their IGL, Nick “nitr0” Canella.

Once the infamous Captain America that led Liquid to their Intel Grand Slam win, he hasn’t looked the same at all since his return from VALORANT. This is a Liquid team that could easily win titles, but they will never do so with nitr0 at the helm.

Liquid needs a fresh start and Europe might just have the answer. Their NA rivals Evil Geniuses have gotten themselves back on their feet with Sanzhar “neaLaN” Iskhakov, maybe Liquid could also look to a European mind for a similar effect. The obvious option is Kamil “siuhy” Szkaradek, the only issue there being that Liquid fail to act before any of the other top teams decide they need a new face.

Verdict: nitr0 needs to go and GamerLegion know they won’t be able to hold on to siuhy forever. Time to act fast.