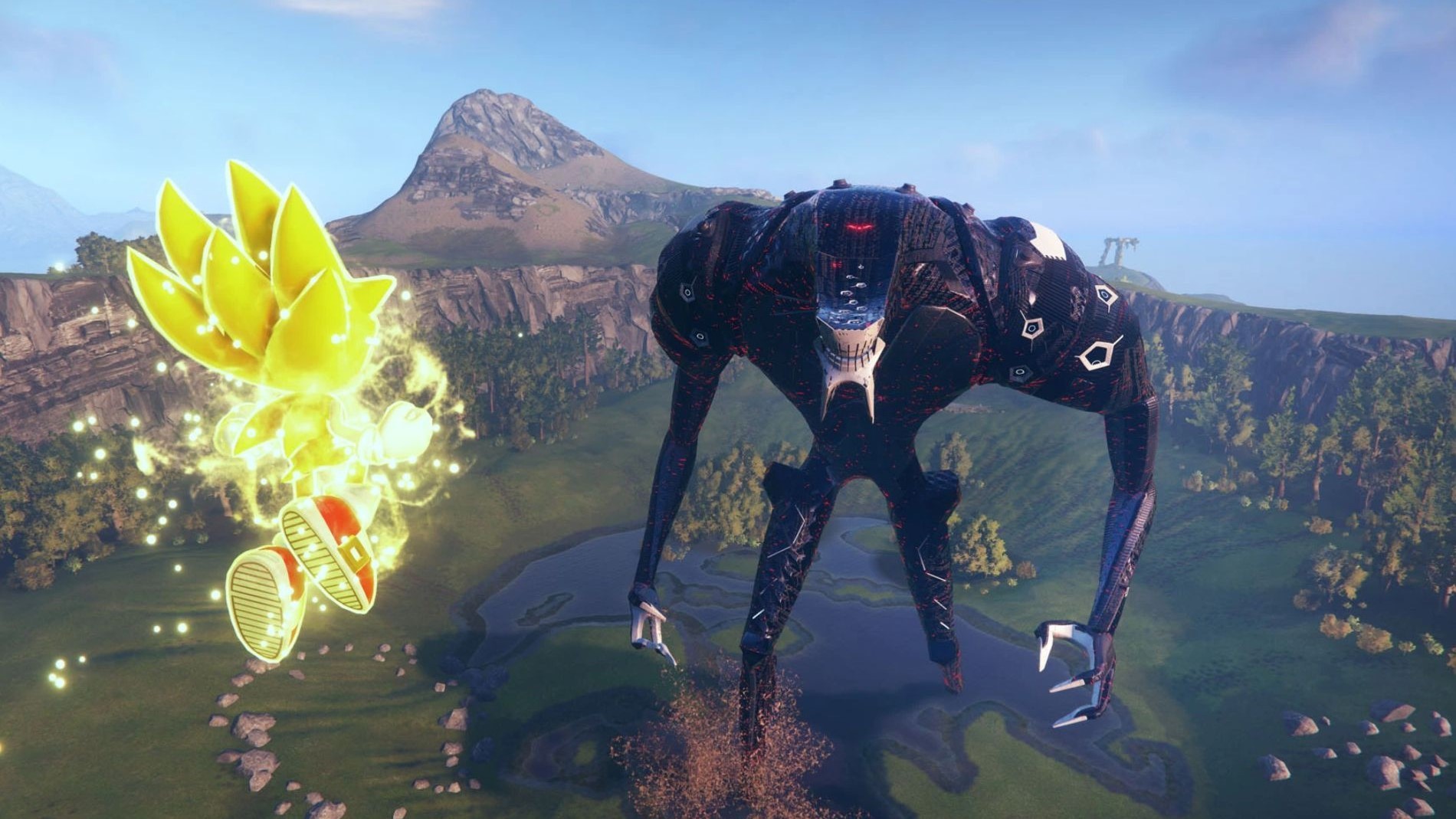 How to beat all Guardians in Sonic Frontiers

Guardians in Sonic Frontiers are a group of enemies you will encounter at various locations in the Starfall Islands. They’re powerful robots, each unique in appearance and combat styles. There are about six of them that you’ll encounter in open gameplay, so let’s have a closer look at how to take them down.

How to beat Tower Guardians

You’ll find these primarily on Kronos Island, large circular towers made up of segmented stacks. They’re fast, powerful, and capable of shooting deadly spikes from the ring that spins around its body. Its head is its weakness; so the trick is to destroy each of the segments one by one so the tower shrinks in size.

The spinning ring protects its head, so you’ll need to wait until the guardian is airborne – this causes the the blade to detach from the head, leaving it vulnerable to attack. Once the blade is destroyed, you can destroy the guardian’s head.

How to beat Asura Guardians

Asura are massive, one of the biggest guardians, and their size is their strength – and also their weakness. They’re powerful but slow, and have a limited number of attacks.

You’ll need to employ a three-phased approach to take down Asura, aiming in turn for each of the three spikes on the circular platform.Thirty-three hits with the Homing Attack are required in total, eleven for each spike.

Wait for the Asura to launch its Arm Slam attack, then climb the arm using the blue gates that appear and destroy the spike. This gets a little more complicated in the next phase, because the Asura generate red force fields in addition to the Blue which repel sonic, so you’ll have to be more careful to avoid them.

In phase three, the gates are generated on the ground as well as on the Asura’s arm. Avoid the red ones and use a ranged attack to destroy Asura’s final arm.

How to beat Tank Guardians

These four-legged robots have a unique whirlwind attack, which tries to suck Sonic into its centre. This fight can be tricky because a large part of it must be executed while airborne; on the other hand, the tanks are vulnerable to just about any type of attack.

The key here is to float freely and launch Homing Attacks at the tank, and once you get enough hits the robot becomes paralyzed. This releases Sonic from the whirlwind, and you can finish it off before it regains control. If not, Sonic will get sucked into the tornado again and you have to repeat the process.

How To Beat Ninja Guardians

These are the first guardian bosses that you will encounter, found on the southern side of Ouranos Island, and you’ll need to get past one to progress further in the story. The Ninja guardian has flat, free floating arms that double as weapons, and they’re also nimble and quick, able to run and leap across distances in a very short time.

Combo moves at close-range deal the most damage, and once you get in a certain number of hits the guardian will become paralyzed. This vulnerable state is the ideal time for you to move in for the kill.

Other variants of the Ninjas you’ll encounter later in the game are Kunoichi and Shinobi Guardians.

How to Beat Squid Guardians

These enemies are a lot tougher to take down than the other guardians, so you’ll have to be extra careful but it does get easier as you level up. You need to jump on the blue trail that the Squid leaves behind, and this is tricky because it starts to vanish.

The guardian will attack by launching fireballs at Sonic, so avoid these as you follow the trail and use boosts to get closer to the Squid. Once you’re in close range, use combo attacks – such as the Stomp Attack – and Homing attacks while dodging the fireballs and the Squid’s tentacle attacks. Keep inflicting damage to deplete the Squid’s power.

How to Beat The Sumo Guardian

The Sumo Guardian is a massive robot that you’ll find on Ares Island. When it raises its shield, it becomes immune to attack but without the shield becomes vulnerable and defenceless. It attacks by smacking the ground with its huge fists, sending along tremors that could harm Sonic.

You need to use the Cyloop to get under the Sumo’s shield by forming a light ring around him. Then you have Sonic bounce along the surrounding wall of blue beams, before charging at the guardian’s body.

Repeat the process until the Sumo loses balance and begins bouncing off the walls itself, at which point you need to stear him towards the purple ring ropes to inflict damage. Soon the guardian will become paralyzed, which is a good opportunity to get in as many combo attacks as you can to damage it even further. in order to deal damage. Once electrified, the player can deal additional damage while it is paralyzed.