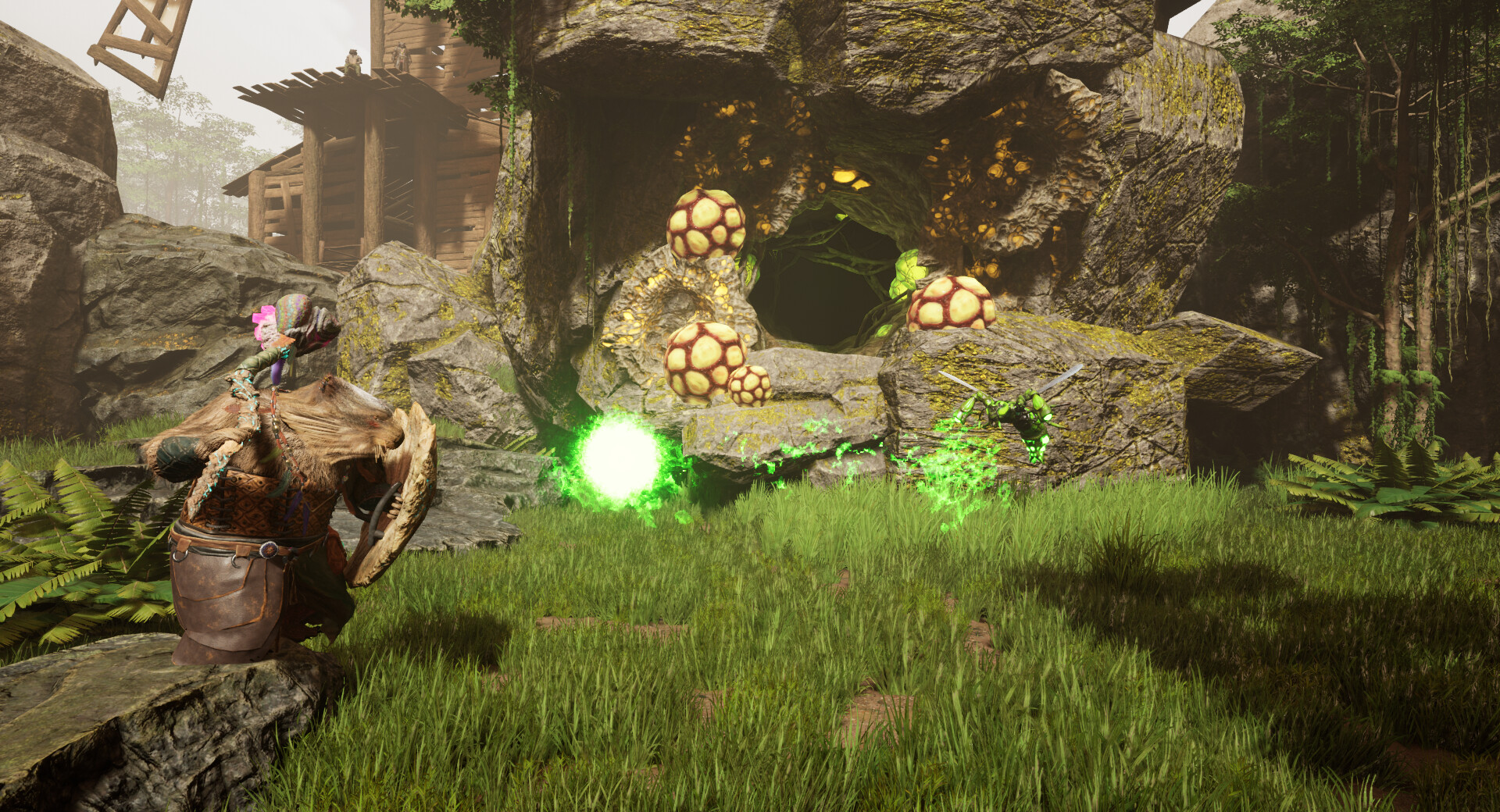 Hollow Hero: a bizarrely polished indie game where you play as a Combat Wombat

Toybox Games, an indie game developer based out of Melbourne, Australia, is creating Hollow Hero – a fun new game that follows the adventures of a giant anthropomorphic wombat. It’s a short-form, third-person adventure game set in the fantasy world of Eridal, with a focus on exploration and combat.

You’re probably picturing a cute, fluffy little marsupial that’s native to the Australian continent, and wondering how on earth one might fit in as the protagonist of an action genre.

The wombat in question, Brunt, is far bigger and stronger than most of her kind and is often misunderstood and feared for these qualities, but possesses a gentle nature and a heart of gold.

“Primordials Legends: Hollow Hero” is the first in a series of short series set in Eridal, and is set around Brunt’s first venture out of Hollow, her home.

The game is currently being built for PC, and the developers intend to expand for Playstation, Xbox, and Nintendo whenever possible. Toybox Games have started a funding campaign on Kickstarter with the goal of raising $50,000 AUD, equivalent to around $33,000 USD.

The clips and images uploaded to the game’s social media handle and Kickstarter page show a surreal, magical world full of dazzling creatures of various shapes and sizes.

The artwork is crisp and full of evocative colors with attention to minute detail in every scene.

Aside from the combat, Hollow Heroes also features challenging puzzles at every stage to keep the player engaged and immersed. The world that Brunt inhabits, Eridal, is full of other magical creatures including ancient, gold-like entities called Primordials that can control the elements.

The developers state that Brunt’s journey is “just one of many legends that exist within the universe’s lore”, implying that future games in the series, if they do happen, might feature different protagonists.

The MC wombat has a number of traversal moves under her belt, including climbing and burrowing.

Her offensive moves include the Melee, a brute-force strike used to strike down enemies at close range, the Shield & Parry Knockback which involves the use of an oak shield to defend and parry, and the Body Slam, a heavy full-contact attack performed while leaping through the air.