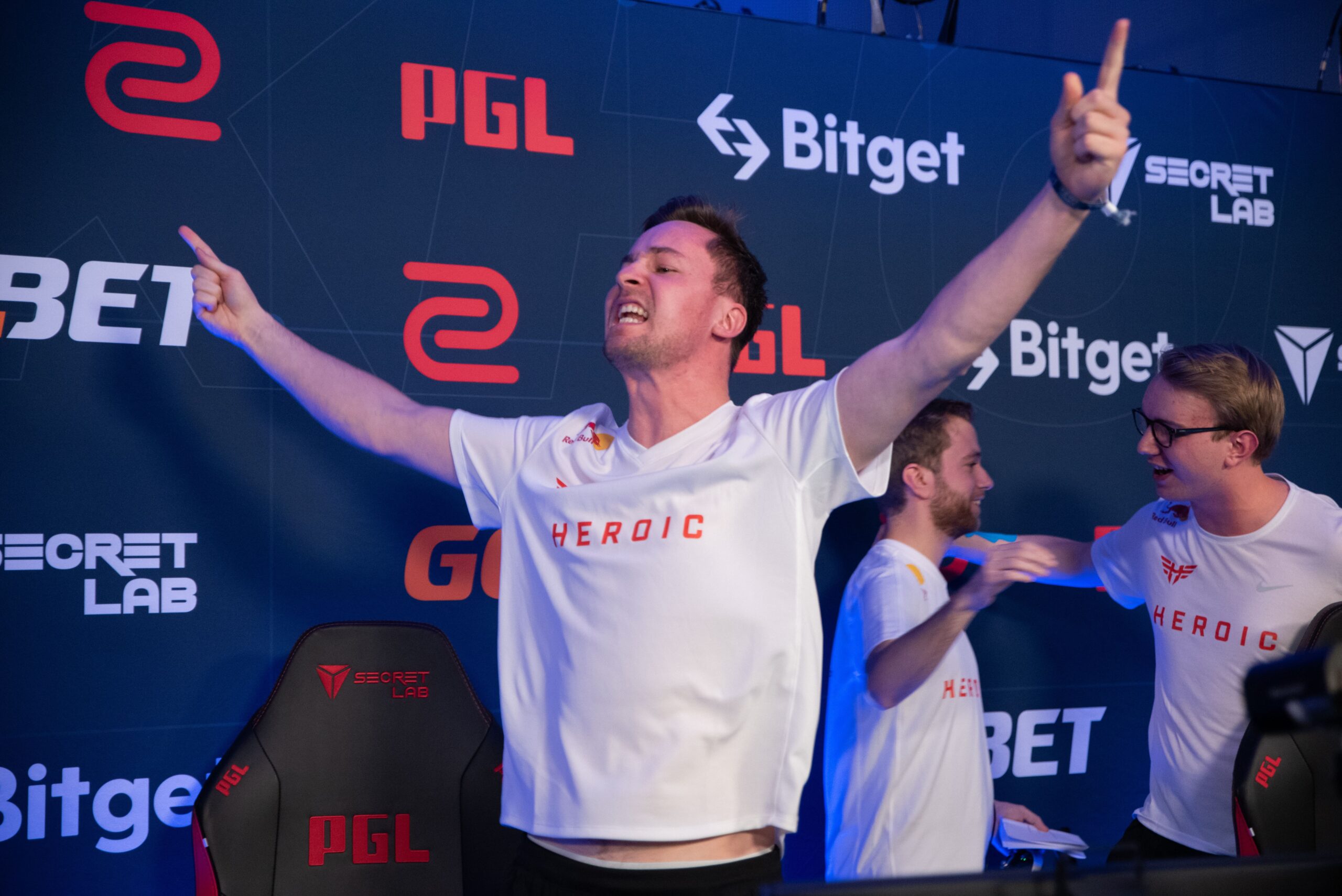 Today, Heroic joins both G2 and Natus Vincere in the Champions Stage. On the other side, VP reverse sweeps Mouz to survive another round at PGL Stockholm.

Both Copenhagen Flames Flames and Heroic lost to G2 and NaVi respectfully but otherwise had great showings at PGL. The two teams faced off in the Challengers stage and there, CPH won 2-1 against Heroic.

Map one, Nuke was very one-sided as each player on Heroic showed up in full form to the match, while only nicoodoz and Zyphon performed for the Flames. The second map was no different and after Heroic took the map 16-11, they reasserted that they are the best Danish team in the world and earned themselves a spot in the Champions Stage.

The Mouz vs. Virtus.Pro match started off with Mouz looking perfect. Bymas and Frozen were fragging out and the team put up a 13-2 half on Ancient before ending the map 16-9. The second map, however, was a different story.

Virtus.Pro took off on Inferno and there seemed to be no remnants left of Mouz's first map dominance. YEKINDAR was fragging out and the team's aggressive stance was unstoppable. Even Jame chipped in with an incredible 1v5 Ace against a force buy from Mouz. Mouz quickly fell and the map ended 16-3 in favor of Virtus.Pro.

The momentum Virtus.Pro had carried over to map three, Vertigo. VP put up eight consecutive rounds on their CT side before Mouz finally got their first. That first-round quickly spiraled out of control.

frozen and acoR pushed the rest of Mouz forward as the team put together 12 rounds before Buster was able to win a 1v2 clutch for his team. The series then went back and forth before VP managed to clinch overtime. Overtime was the same story with both teams trading rounds.

But, in the second round, Virtus.Pro was unstoppable. With Jame's openings and clean-up kills and the rest of the team playing aggressively, Mouz stood no chance. Virtus.Pro put up the four rounds needed with a response from Mouz to eliminate them from PGL.