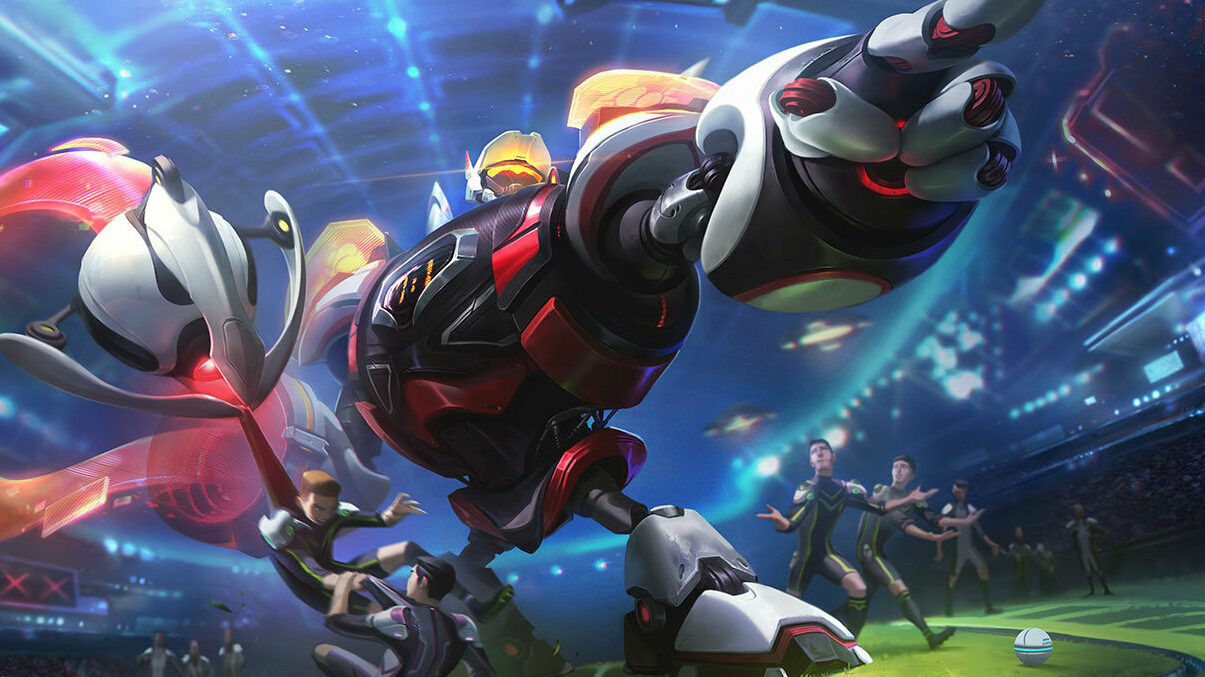 Here are the best champions in each role on League of Legends Patch 12.19

League of Legends Patch 12.19 has helped shake up the meta again, with several new champions taking over as the strongest picks in their role.

It’s always fun getting new patches to shake up the state of the game in League of Legends, but Patch 12.19 is one of the better ones. It wasn’t the biggest patch of them all, but the changes Riot made have impacted the meta.

Compared to Patch 12.18, new champions across the board are now entering the top of the win-rate charts. Some of the best champions from the last patch are still shining, but new faces like Blitzcrank, Nasus, and Sett give them all a run for their money.

Let’s look at the best champions for each position on LoL Patch 12.19.

Tanks are taking over in the top lane

Zac is still a strong pick in the top lane, but new contenders are starting to challenge the throne. Zac currently has the highest win rate of any champion in the role, but he is still considered a niche pick that doesn’t necessarily work in any matchup.

Two more versatile options are Shen and Nasus, showing excellent results in solo queue this patch. Shen is generally a solid tank and a safe pick in most matchups. His global ultimate makes him valuable in many situations, and he is easy to play.

Nasus is also reasonably straightforward but can be hard-countered by certain ranged champions if shut down early. But after his buffs on Patch 12.19, these aren’t as significant concerns any longer. The increased range to his Q when in ultimate form and increased slow on his W suddenly makes him much better at dealing with ranged champions.

A versatile meta puts junglers in a great spot

The current state of the jungle is super versatile, with many viable champions who all field a high win rate. Top picks from the last patch, such as Bel’Veth and Master Yi, are still great, but others have risen in priority to challenge the throne.

For this patch, both Olaf and Volibear are doing well in win rates but aren’t picked that often. This means they are currently strong but shouldn’t be picked into any matchup.

When it comes to AP junglers, Fiddlesticks is a good option. He has the play-making ability through his ultimate but also fast, clear speed to keep up with the best. Also, an AP alternative isn’t bad in a heavy AD-dominant jungle meta.

The mid-lane meta has been strange for a while, especially in solo queue. This hasn’t changed in Patch 12.19, where melee niche picks dominate the win-rate chart. Singed is at the top with a whopping 56.19% win rate. Keep in mind that he isn’t picked a lot, but wins are on the table when he is.

Below him is Sett at a 52.78% win rate. The melee fighter has sky-rocketed in priority over the last patches, especially after Evil Geniuses mid laner Joseph “jojopyun” Pyun flexed him at Worlds 2022 several times. He works as a counter to many squishy mid laners and has incredible damage early on that can catch most players off guard.

The last champion to keep an eye on in mid is Zed. It’s a classic pick for assassin lovers, and he is finally viable again. Zed is still a champion that requires skill and the right matchups, but a 51.11% win rate alongside his high pick rate clearly states his strength.

The bot-lane meta didn’t change much since the last patch, as mages such as Swain, Karthus, and Seraphine still topped in win rates. They aren’t played that much, but they keep succeeding in certain matchups.

Miss Fortune is the best marksman, with the highest pick rate and a 51.50% win rate. As demonstrated at Worlds 2022, her ultimate is a game changer while she packs a punch on raw auto attacks. Her recent buffs have greatly benefited her, and it still does on Patch 12.19.

Twitch is a champion that is starting to climb in priority, following buffs in this patch. Twitch got a nice buff on his passive damage, which shows in his win rate. He is still a risky champion to play, but if you get the right lead, no one will be able to keep up with your damage output.

Enchanters still rock at support, but look at Blitzcrank

Finally, Riot has broken the enchanter meta in the support position, or at least somewhat. A single champion is currently interrupting the enchanter fairytale, as Blitzcrank is officially the new best support in the game.

With many buffs on Patch 12.19, the Great Steam Golem has popped off with a 54.24% win rate. This is too high, especially considering he is the third-most picked support champion.

Below him are the likes of Taric and Janna, who topped the charts during Patch 12.18. They will have to take a step back as Blitzcrank has entered the meta for this patch. It seems like a healthy move from Riot, as Blitzcrank is an excellent alternative and counter to all these enchanter supports.