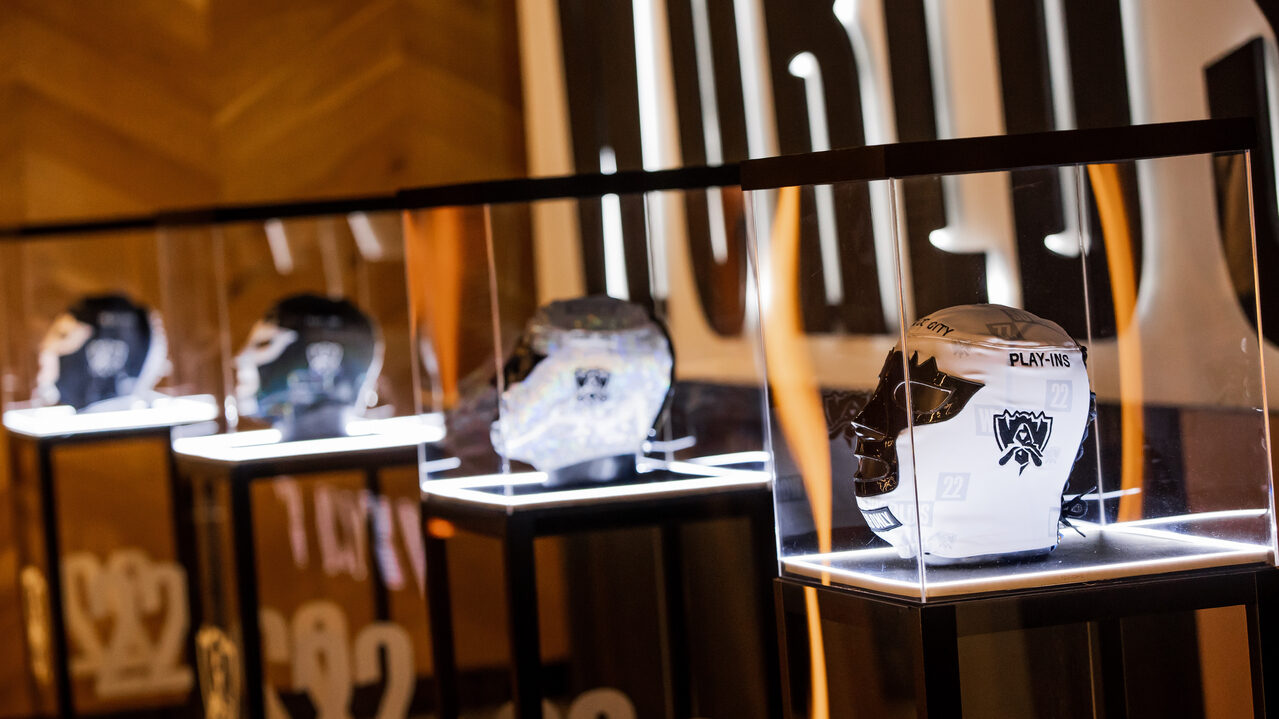 Ahead of the 2022 League of Legends World Championship, some people may be struggling to lock their Worlds 2022 Pick’Em group stage predictions (or they didn’t remember to do so yet). So, the panel has reconvened to inform potential guessers of the possibilities that lay ahead, and its members are as follows:

Some of us have absorbed insane amounts of Hopium and are cheering on teams that nobody else has on their radar, whereas others (*cough* Adel) have chosen to take the no-fun approach after watching DetonatioN FocusMe’s elimination in the play-ins.

There are three inevitabilities in life – death, taxes, and one really messed up group at Worlds. Last year it was the 3-3 four-way tie group. This year, I believe it’s going to be the group containing CTBC Flying Oyster. But we’ll get to that.

First, the easy part: DID YOU SEE DRX IN PLAY-INS? Sure, RNG is not the same RNG that won MSI, but still: DRX are legit, and they are ready to party. Their only real competition in their group is going to Top Esports, but DRX has the most important thing in sports – momentum. They’re warmed up and ready to go, and I think they can pip TES to first in Group C.

Now for the more interesting thing: CTBC Flying Oyster finishing second in Group D. Some of their players have been to Worlds before, some haven’t. This is an unknown quantity coming out of everyone’s favorite giant-killer region, the PCS. However, this is more than just about “what can CFO do”.

You also have to factor in the RNG element: RNG dropped a game to DFM in their Play-In knockout series. In fact, they lost Game 1. Best-of-ones are always unpredictable, so I think there is every chance that Flying Oyster can cause a major upset through the power of best-of-one chaos. 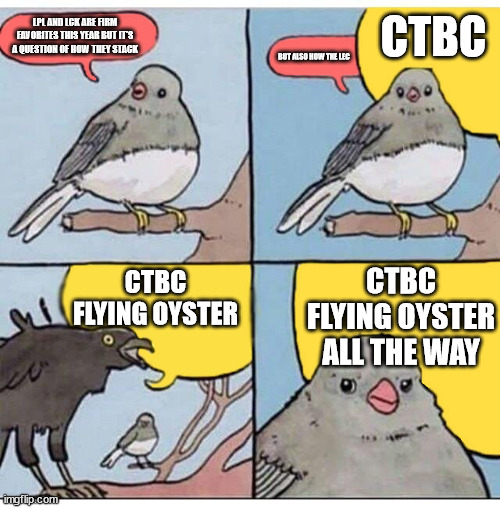 2022 is the year of the Tiger in the Chinese calendar. Maybe there is something in it because Gen.G are looking blazing hot and are top favorites to win the 2022 Worlds. In my calendar though, 2022 is the year of LPL supremacy. Four incredible teams from the World’s strongest league are here to dominate the international stage.

Although LPL teams don’t always shine in best-of-ones, the sheer firepower all four Chinese teams possess this year will be enough to push them past groups. To be fair, we will likely see some “happy games,” but their quality will prevail when push comes to shove.

The level at LPL teams have been playing the entire year is a tier above everyone else (aside Gen.G), and they will showcase it in the following weeks. Yes, even EDG. People are so high on Copium thinking Fnatic and Cloud 9 are on par with Viper and the boys. Giants sometimes fall, it happens, but anything aside from four LPL teams in the semis would be a surprise.

The LPL hype train is departing soon, and you still have a bit of time to hop on. The final destination is “World Champions station” outside the Oracle Arena in San Francisco, and you don’t want to miss out on this journey.

Let’s be honest: Europe and the West look pretty doomed for this group stage. The groups are highly competitive, and there is no Western team that looks to get out easily.

Because there is still some Copium left in the tank, I’m sticking to G2 as the EU hope, even though they are in a more challenging group on paper. They already proved how they can slaughter Evil Geniuses, so that’s no issue. It will be hard to take down DWG KIA and JDG, but G2 has enough experience to perform when it matters. We have seen this at several international events.

It seems weird to believe that G2 will get out of groups while Rogue won’t. Again, it’s a matter of international experience and being able to peak at the right time. Rogue has a shot at getting out, but DRX has proven enough in the play-ins for me to put them above the LEC champions so far. The second seed in Group B will be extremely close, so I will be happy if Rogue proves me wrong.

My main reason for trusting DWG KIA is due to the how well they’ve done historically in the groups. While JD Gaming is up-and-rising, there are three World champions on DWG KIA’s roster who will prove that experience at international tournaments matters.

Despite having an off-split in the LCK, DWG KIA remains a force to be reckoned with. So far at Worlds, they are 16-2 during the Group stage, and I don’t see their trend of first-place group stage finishes changing anytime soon.

Group A is the wide-open group of the tournament. Although it is considered the “group of death”, everyone can drop a game because of the top teams not being at their optimal level. Both T1 and EDG have had their difficulties in their domestic regions, while FNC and C9 have had their great moments. Fnatic has a warm-up already with the Play-ins, and C9 is the champion of North America. However, it will take more than that to beat the current world champion, EDG, and the most renowned team in the world, T1.

To my horror and chagrin, the group draw has gone in the worst way it could have gone for European teams, and Rogue is our only reliable hope. That is saying something: Rogue has historically struggled at Worlds during the group stage, and DRX and GAM Esports are no slouches.

Speaking of GAM, if there is any team that could break the meta, smash it to bits, then make the Frankenstein equivalent of brilliant team compositions, and look like Leonardo Da Vinci doing it, they will be it. Especially worrying: reports of jungle funnel meta echo into the ether, playing into Levi’s strengths. Thus, even my Rogue prediction is unsteady.

If Rogue collapses, then we’re looking at full marks for the LCK and the LPL, and GAM is the only one capable of doing anything about the situation. That is, provided that JD Gaming and DWG KIA don’t tilt to oblivion, or that G2 hulks up out of nowhere (remember 2018, everyone?).

Or, if EDG decides to be a bundle of frustration for their fans, Fnatic and Cloud9 could like in wait. There is a reason why Chinese fans don’t trust them, and it is not limited to Faker’s shockwave finding them all.