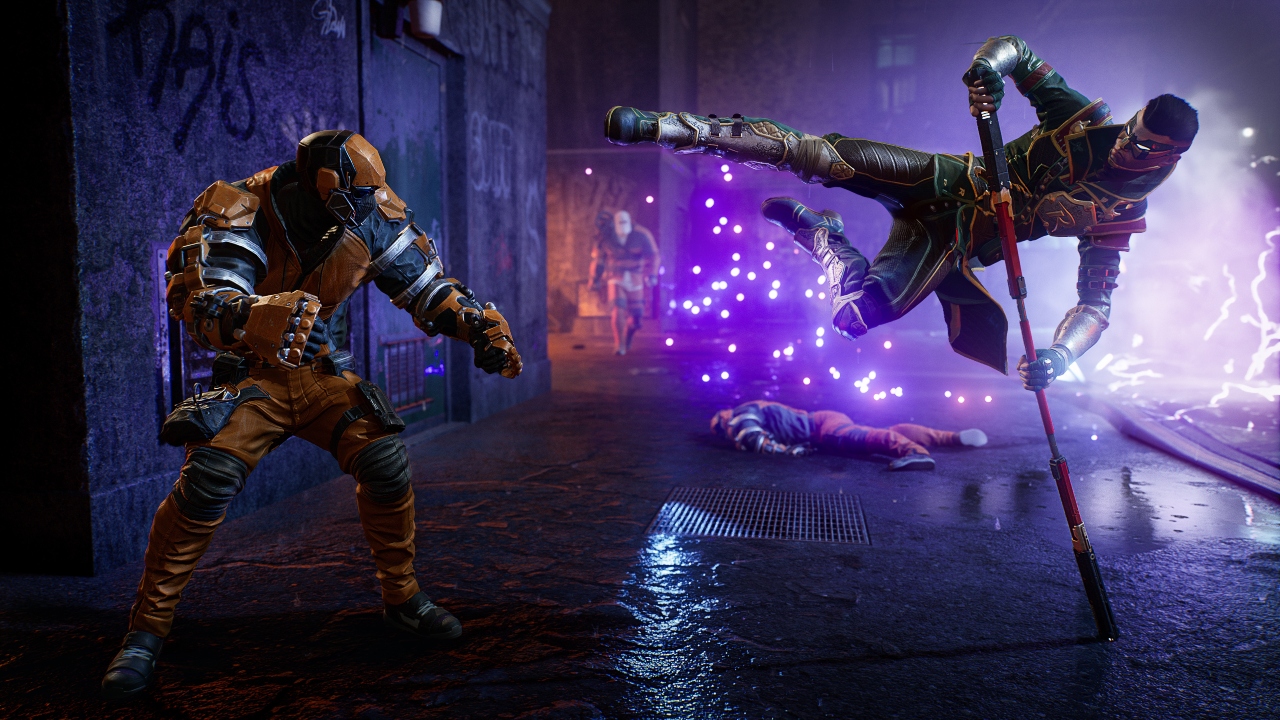 This version of Robin is Tim Drake. He is the youngest of the four titular knights and the third person to take on the Robin mantle.

He wades into battle wielding a collapsible quarterstaff to bash his foes with. However, he doesn’t choose to stride into combat without thought.

Instead, he uses an array of stealth techniques to get a drop on enemies. He uses a cloaking device to turn invisible, while teleportation tech from the Justice League satellite allows him to zip across the battlefield.

The gameplay trailer also shows Robin using plenty of gadgets, including a grappling hook and a slingshot. He also appears to be capable of deflecting bullets by spinning his quarterstaff, which seems a little risky to me.

Robin joins Batgirl, Nightwing, and Red Hood as they look to protect Gotham City from villainy following Batman’s death. The game is set to release for PlayStation 5, Xbox Series X/S, and PC on October 23.

Not sure how appealing the thought of playing as Batman's sidekick is.