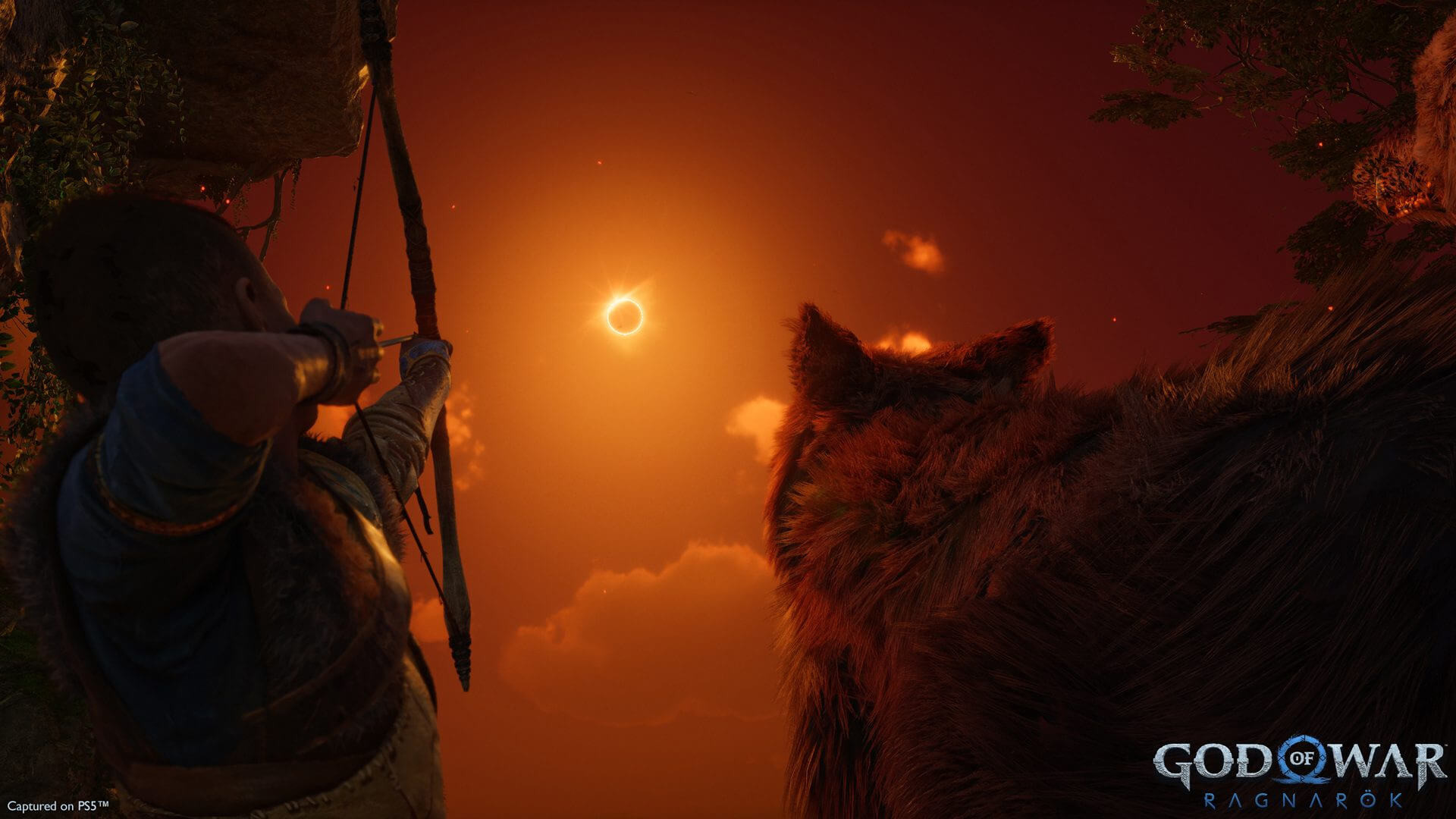 As the journey to collect all Nornir Chests and slay Odin’s Ravens ends, one challenge remains: pick flowers; as in seeking out all Nine Realms flowers in the nine realms in God of War: Ragnarok. This is all to make Kratos The Florist ( the name of the trophy unlocked by collecting all the Nine Realms Flowers).

This quest is started after you find and collect the first flower. Be advised that this Favor, though, which asks you to collect all Nine Realms flowers, can only be completed once you have finished the story. That’s because some areas are only accessible with gameplay elements appearing later in the game. Also, each time you collect a flower, it will be visible in Sindri’s house in Freya’s corner. Which is hella cool.

Despite the efforts of Fimbulwinter, flowers still bloom across the nine realms. Freya spoke much about these flowers and her desire to collect them while Atreus was away. I do remember Freya had an affinity for a white-petalled flower whose name I cannot recall.

Kratos, in his little journal

You’ll first need to talk to the weird squirrel Ratatoskr (outside Sindri’s) to get Yggdrasil seeds. This item will unlock new regions on the map. So yeah, it will make it easy to collect the flowers.

This one requires you to complete the story quest Forging Destiny, aka the spear. In the transition area in Nidavellir village, to the right, where there’s a wooden pillar with a throwing spear point, throw it. You can reach the farthest place by jumping across, and that’s where the Sparkthron will be.

To the western region of The Forbidden Sands, you will see a wall where you can grapple up. Go to the left instead, and at the end of the alley, you can see the Dawnbloom flower.

You have to complete the Favor Return of the River. Afterwards, you can go to the South of the Sinkholes Gateway. Jump across the gap, down the stairs, and to the left. The flower will be at the end of this path.

After defeating Garm, at the end of the story’s quest, or some point after, go back to the Hel’s Perch area. From the Gateway in this area, go left to the shortcut that will be opened (after the story), grapple up, follow the path, and go right to one cliff where you can grapple down to Hel’s Perch. Throw a spear at a gap between a broken bridge, and jump across that path. The flower will be there, next to a body.

This one is only available after completing the main story. In the Sanctuary Grove (where you can unlock a Gateway), fast travel to it. Go around the other side of the house, and you can find the flower.

This is another area that can only be accessible with Yggdrasil seeds. In the Prison Wreckage, drop down to the very bottom of this area, inside one of the cells where you open up by pushing the gate up, there’s a Dreamshade flower.

From the Mist Field’s Gateway, go straight ahead. This one’s the simplest flower to get.

From the Gateway in the Tree House, go to the left, follow the path and pick up the flower.

From the first Gateway in The Crucible, where you can see how you can open it here, drop down just following the standard path and you’ll find it.