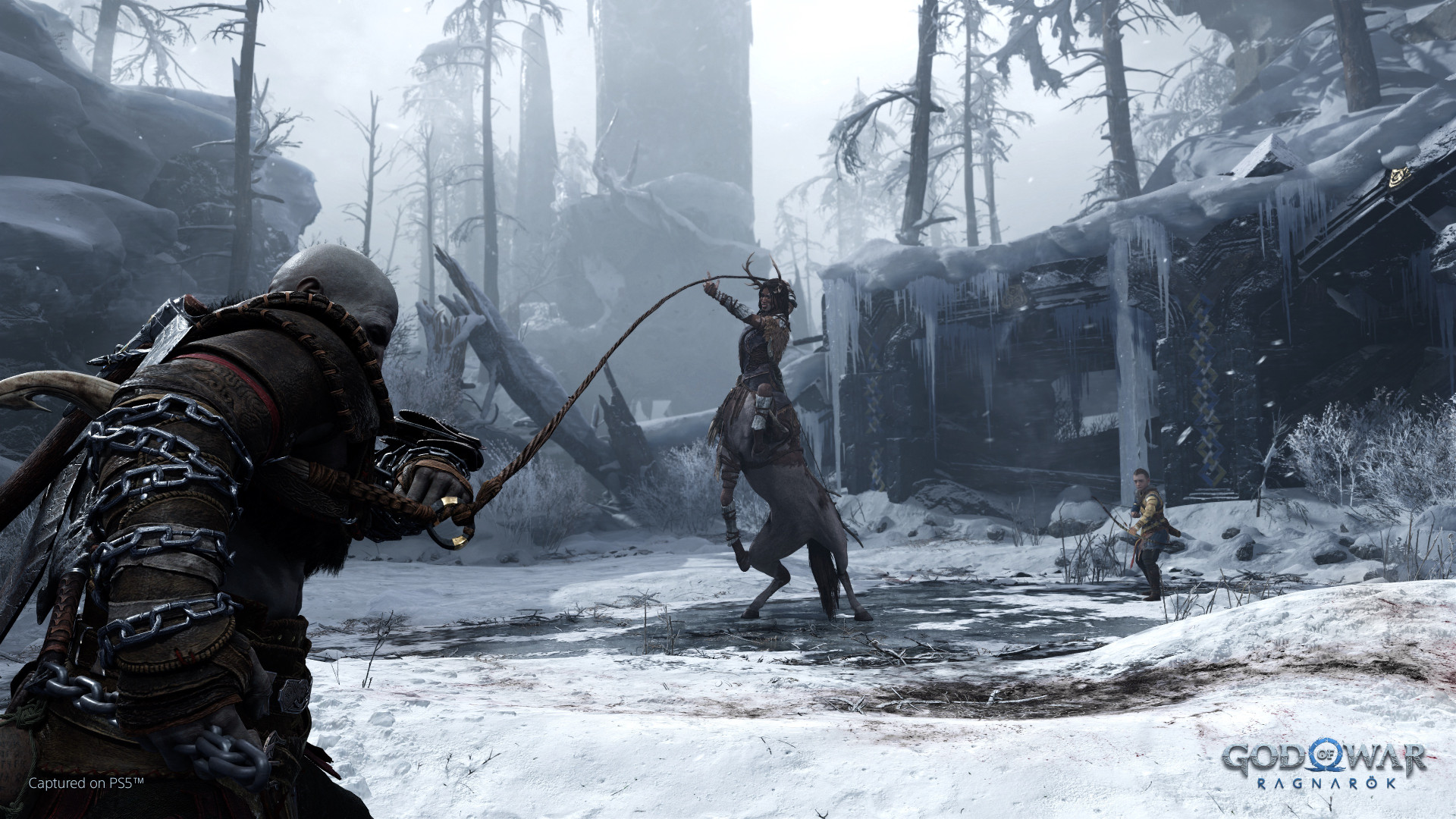 The gates leading to Alfheim are being opened, and with it, fans see the new combat video for God of War: Ragnarok, the latest episode of Sony’s Behind the Scenes. From what the promotional material shows, there will be a lot of anger management, memories of Kratos’ old combos, and… centaurs? What now? Be warned that spoilers from God of War (2018) are inevitable.

It seems that Santa Monica developers have thought of one word: enhance. Several game previews have been made public, and one thing that stands out is the combat.

Kratos can grab things like a huge rock and throw it in an enemy’s face. Which seems to be a type of non-violent communication for him. And it suits him perfectly. Watch it in the trailer:

However, this decision by the developers hints towards an exciting new implementation in gameplay, which relates to grappling. In the video, Grace Pan, the gameplay animator, explains more about this ability, allowing other ways of exploring scenarios and fighting. According to the developers, Atreus also seems to have grown up, and this will be reflected in the gameplay.

Another thing we’ve learned so far is that the system for improving combat, weapons, and skills is apparently more detailed. This could allow for the type of movement we see in the video. Kratos spins an enemy with his axe like a Nordic fidget spinner, only to throw it at another nearby foe.

All indications are that this will be a maxim of the new title in the franchise. From what the God of War: Ragnarok combat video shows, among other new features, are: a greater variety of enemies, mini-bosses, and… more gods, obviously. And sorry about that, but I can’t seem to forget about that freaking centaur.

A passage in the video draws attention. In it, the combat designer on GoW talks about striking a balance when designing gameplay mechanics:

One of the most challenging parts about being a combat designer isn’t the technical implementation of creating a creature. Still, it’s really navigating that line between frustrating and engaging. We want to make something that makes players lean forward and focus and really try hard against that enemy and feel good about overcoming that.

Well, did you think that when you were creating Queen Harpy? Just kidding. This is one of the best demonstrations of what Stephen is saying.