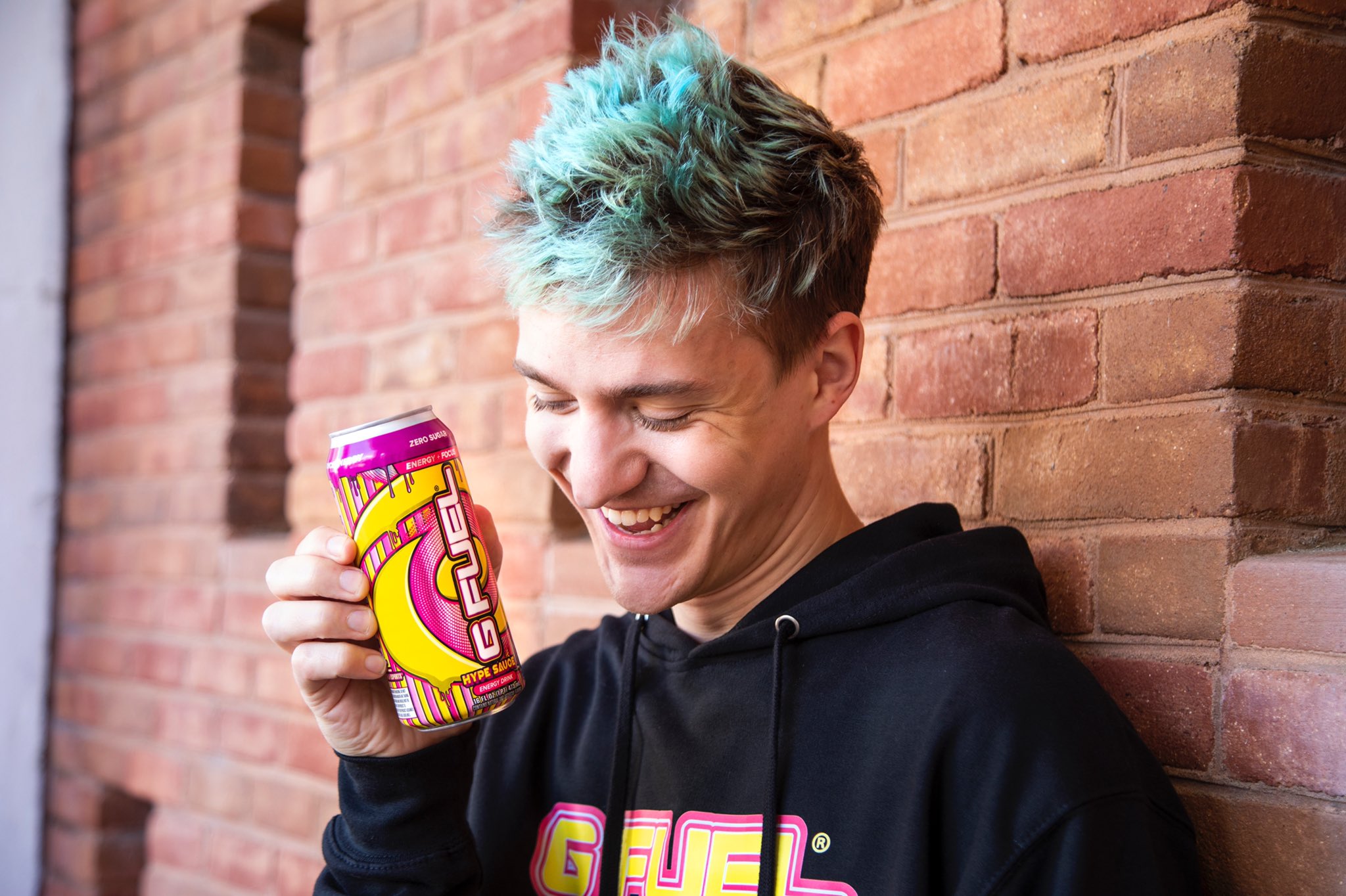 Most of the time, the hacker will change everything associated with the profile and claim the account as the hacker collective. It's strange to see one hacker dedicated to a meme.

Well, that's what we have, today. The official GFuel Twitter account was hacked. Instead of plugging their own accounts, the hacker decided to push a bunch of Ninja graphics to the timeline.

Like I said, these hackers usually promote their own pages.... unless.... 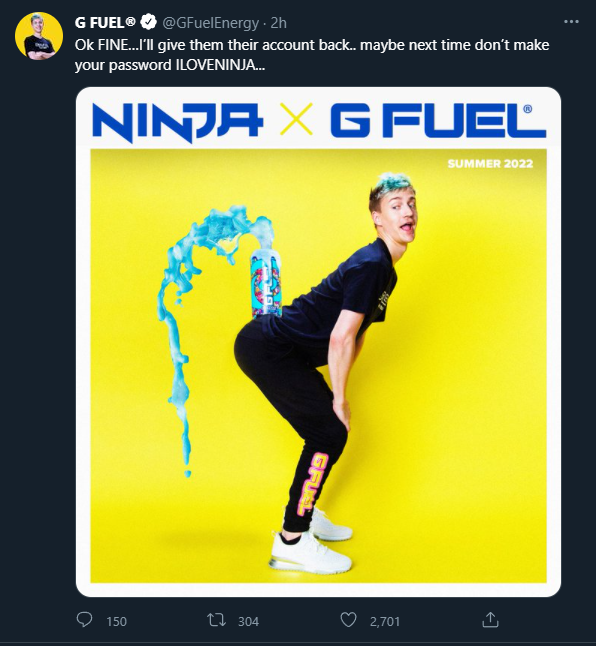 Ninja? Is that you?

We all know that Ninja's career took a bit of a relevancy hit when he moved to Mixer, but he doesn't need to go so far as to hack the Twitter accounts of his sponsors.

I mean, seriously. Ninja's back on Fortnite and has 15,000 viewers at the time of writing. Did he really need to go this far? I don't think so.

Do you agree with Ninja's explicit move to personally hack the GFuel Twitter account? Let us know in the comments.