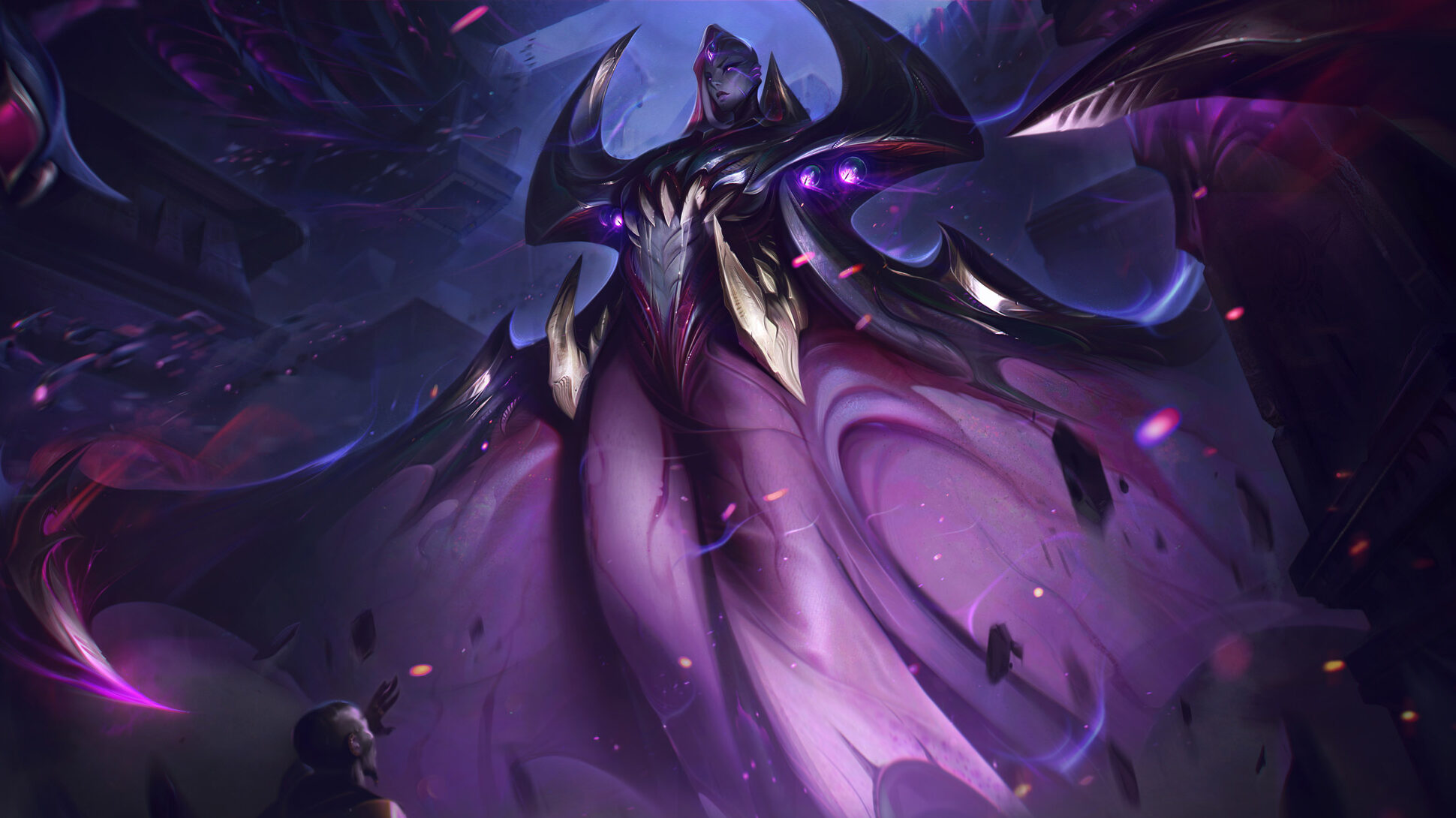 Get ready to scale: the complete Bel’Veth LoL guide

Bel’Veth has taken League of Legends by storm after her release in June, but what’s the best way to play her, and how should you itemize?

The Empress of the Void brought new mechanics to the game. Notably, her dashes on Q—Void Surge and her infinite attack-speed scaling Passive are unique aspects of hers. She is a scaling skirmisher that likes prolonged games as that is where she can unfold her power.

Playing Bel’Veth isn’t the easiest thing in the world, especially in solo queue for players who are accustomed to playing aggressively from the start. Instead, she requires some patience, which she rewards in droves.

What runes should we pick on Bel’Veth?

Both solo queue and professional players agree: the keystone to run on Bel’Veth is Conqueror, and thus the Precision tree will be the main one for runes. Conqueror is great for her skirmishing gameplay and will help her sustain when going into fights.

On top of Conqueror, Triumph restores health on each takedown. Then, for the Legend line, some players prefer Alacrity for extra attack speed, whereas others favor Tenacity. The last runes come down to preference and the opponents you are facing.

For the secondary tree, Inspiration is the way to go. Pick the Magical Footwear rune, so you don’t have to worry about buying boots straight away, and pair it up with Cosmic Insight for the spell and item Haste.

Which items should Bel’Veth players buy?

Bel’Veth is all about attack speed and damage. Both professional players and most solo queue players rush Kraken Slayer straight away, as it provides her many relevant stats and synergizes well with all her attack speed boosts.

For the second item, Bel’Veth wants some attack speed and sustain through Blade of the Ruined King. With these two items, she hits her first power spike and starts to bring out her claws in skirmishes.

The upcoming items are a matter of preference and opponents. Professional players often opt for Wit’s End or Death’s Dance. Bel’Veth can finish off her build with a Guardian Angel or Guinsoo’s Rageblade for maximum damage output.

Which abilities should you max on Bel’Veth?

For abilities, you always want to max Bel’Veth’s Q—Void Surge first. This is her primary ability for mobility, and a lot of her damage when clearing the jungle early. Using Void Surge properly is what makes her so nasty as she can dash constantly.

Afterward, you want to move over to her E—Royal Maelstrom and get that maxed out before finishing W—Above and Below. Like any other champion, her ultimate should be leveled at levels 6, 11, and 16.

How to play her in League of Legends

Playing Bel’Veth in the early game is mainly a game of patience. As the objective is to scale, focus on your early clear and only take on skirmishes and ganks that you are confident will succeed.

If not, it’s best to farm up and grind towards your two-item power spike. As Bel’Veth stacks up her Death in Lavender passive for attack speed, she will slowly become a bigger and bigger beast.

Taking down large minions and monsters is key to getting the stacks rolling, so you want to be efficient in clearing your jungle whenever possible. Of course, champion takedowns also count, but note that Bel’Veth is a squishy Empress.

If you reach the late game without falling far behind, then congratulations. You are now ready to unleash Bel’Veth’s true power and win out most skirmishes. Furthermore, she is an ideal split pusher, as she can summon Void Remoras upon killing enemy minions in her Ultimate transformation to help push.

Utilize your dashes late game to bounce in and out of fights, and try to aim for the squishy targets without going too deep. If you get a takedown or two, the resets will start doing the work and pull the fight (and the game) in your favor.