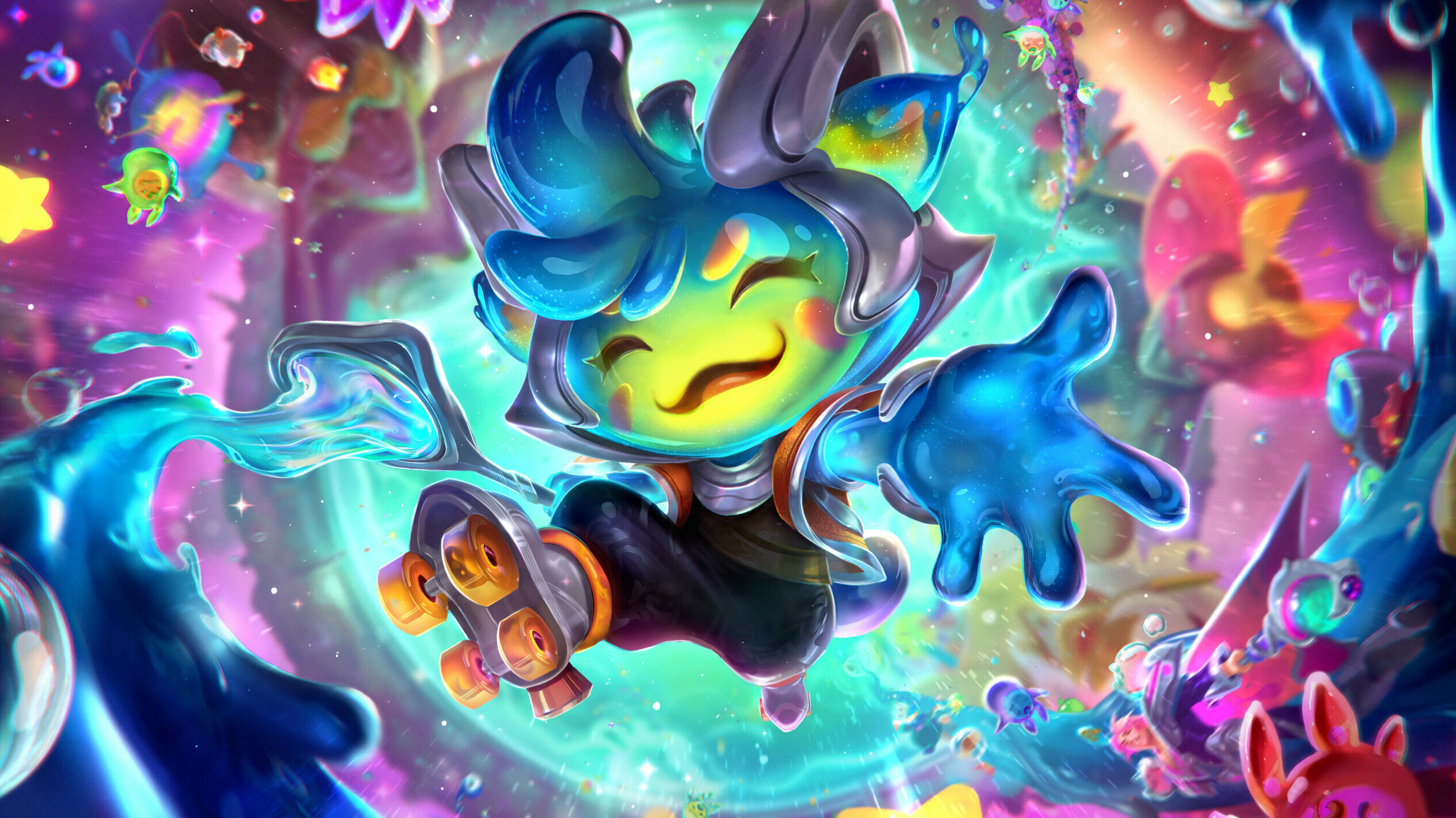 Get groovy with Teemo and others: New Space Groove skins underway

A new batch of Space Groove skins for League of Legends is about to drop as seven new cosmetics and a prestige edition has been revealed for the skin line.

A popular and colorful skin line will get new additions soon, as Riot Games has added new Space Groove skins for testing in the Public Beta Environment. It almost feels like yesterday that Riot introduced this splashy skin line, which initially included Blitzcrank, Lulu, Lux, and five others.

Twisted Fate, Teemo, Taric, Ornn, Nami, Gragas, and Lissandra will join the groovy party of space creatures. Just like the old skins, Riot has gone all-out with the neon colors to make sure that these skins won’t go unnoticed on Summoner’s Rift.

Take a look at the new Space Groove skins for LoL

This launch of Space Groove skin will give love to a wide variety of different champions. From the popular Taric, who is currently a strong pick in solo queue, to the annoying Teemo and scary global threat Twisted Fate.

Even the ice queen Lissandra will be pimped in new colors, potentially the biggest surprise to this skin line. If you aren’t surprised by Lissandra, then maybe tanks like Gragas and Ornn will surprise you in this release.

He is pretty hard to recognize with this new look and hair, but honestly, seeing the Card Master like this is rather refreshing.

Twisted Fate has put on his spacy red glasses and a terrific suit with shiny wings on this Space Groove release.

Yes, Teemo has turned into a colorful space blob. With rollerskates on, Space Groove Teemo will roll around the Rift and be obnoxious as always. The only difference is that his toxicity will now be spread in nice and shining colors.

Taric has never been shy of colors, but this skin will mix them all up in one shiny cocktail. Alongside small space creatures on his splash art, Taric looks more fabulous than ever.

Orange, blue, green, and a pool table. Ornn is just chilling in his new skin, and it suits him. The storyline of Ornn being a goofy tank has always been there, and this new skin enhances that story perfectly. He is both cute and pretty cool in this one.

Gragas and his glassed-up barrel will take on the Rift as the biggest rock star for this skin release. His shiny belt and jazzy clothes bring something out in Gragas that we aren’t used to seeing.

Lissandra might be made of ice, but that has changed this time. Instead of ice, Lissandra almost looks like a living lava lamp, with a strange bubble floating around as her “legs.”

Besides that, Lissandra is rocking a purple armor with light purple long hair. Despite her sassy look, you should still be careful when approaching the Ice Witch.

Besides her normal Space Groove skin in purple and pink colors as a happy space mermaid, Nami will also be the lucky winner of this batch’s prestige edition.

The prestige edition is entirely different and showcases Nami in pure crystals and soft colors. She has almost become a crystal and diamond mermaid with a silver metallic tail.

Experience all the new Space Groove skins on the PBE right now, and expect them on the live servers with Patch 12.22 on November 16.