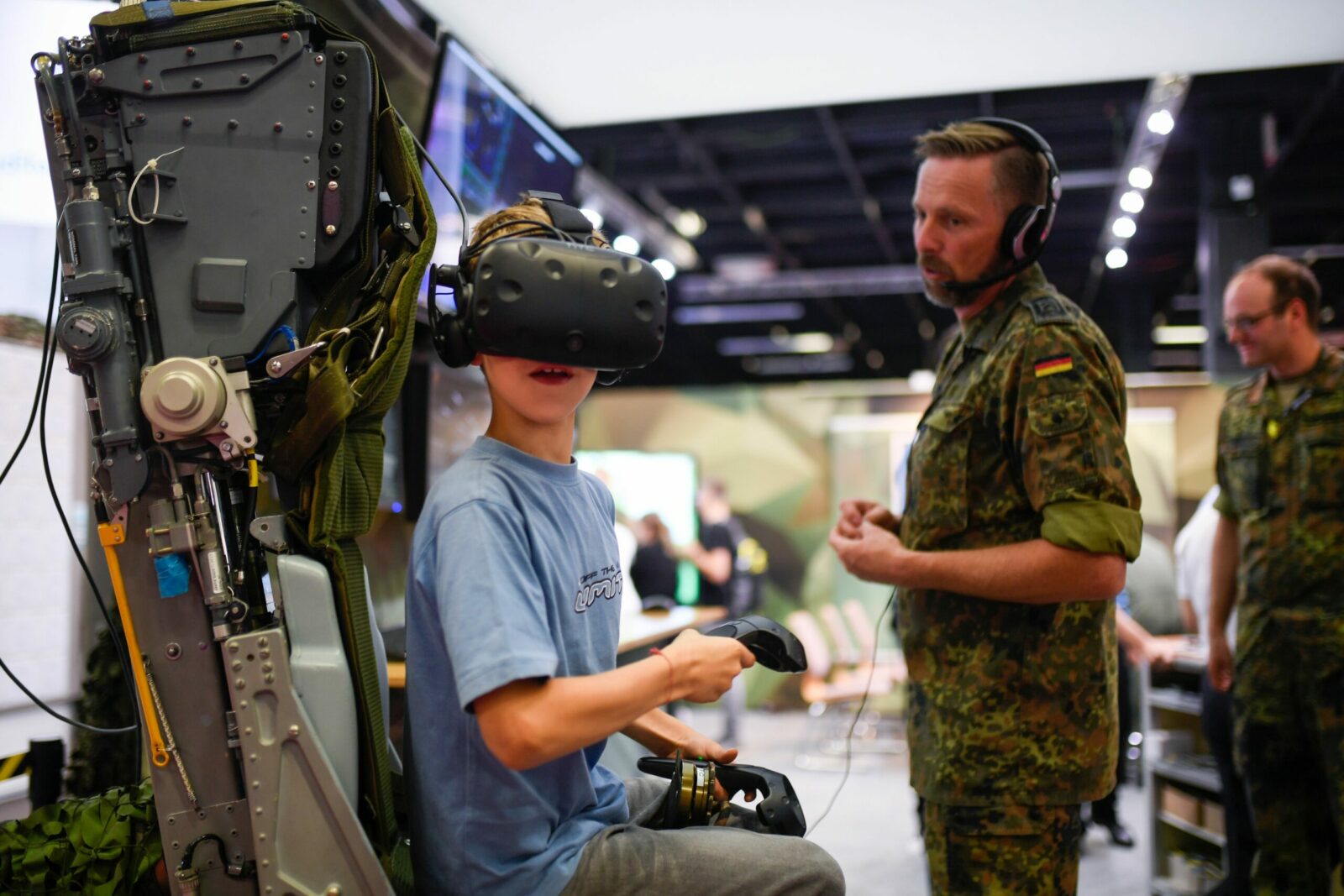 Many game fans probably visit Gamescom 2022 to play the newest games and experience the future of gaming.

But not everything at Gamescom 2022 is about playing games on the virtual battlefield. The German army is actively using the biggest game convention in the world to attract recruits for the real battlefield.

– Many gamers are also interested in software development, tech, and engineering, which are skills we can use in the army, Müller added.

According to J. Müller, many of the young visitors who visit the booth at Gamescom have a preconception that joining the army means that you will need to carry a gun.

– We are here to give them a broader view of the army; to tell them that we also have people without uniforms in the civilian part of the army who are technicians, engineers, and developers, J. Müller said.

– Our goal here is to show them that we are a big organization and offer different career possibilities, even paid, he added.

The German Bundeswehr, which currently consists of 260,000 employees, does not have any data telling how many recruits they score from an event like Gamescom.