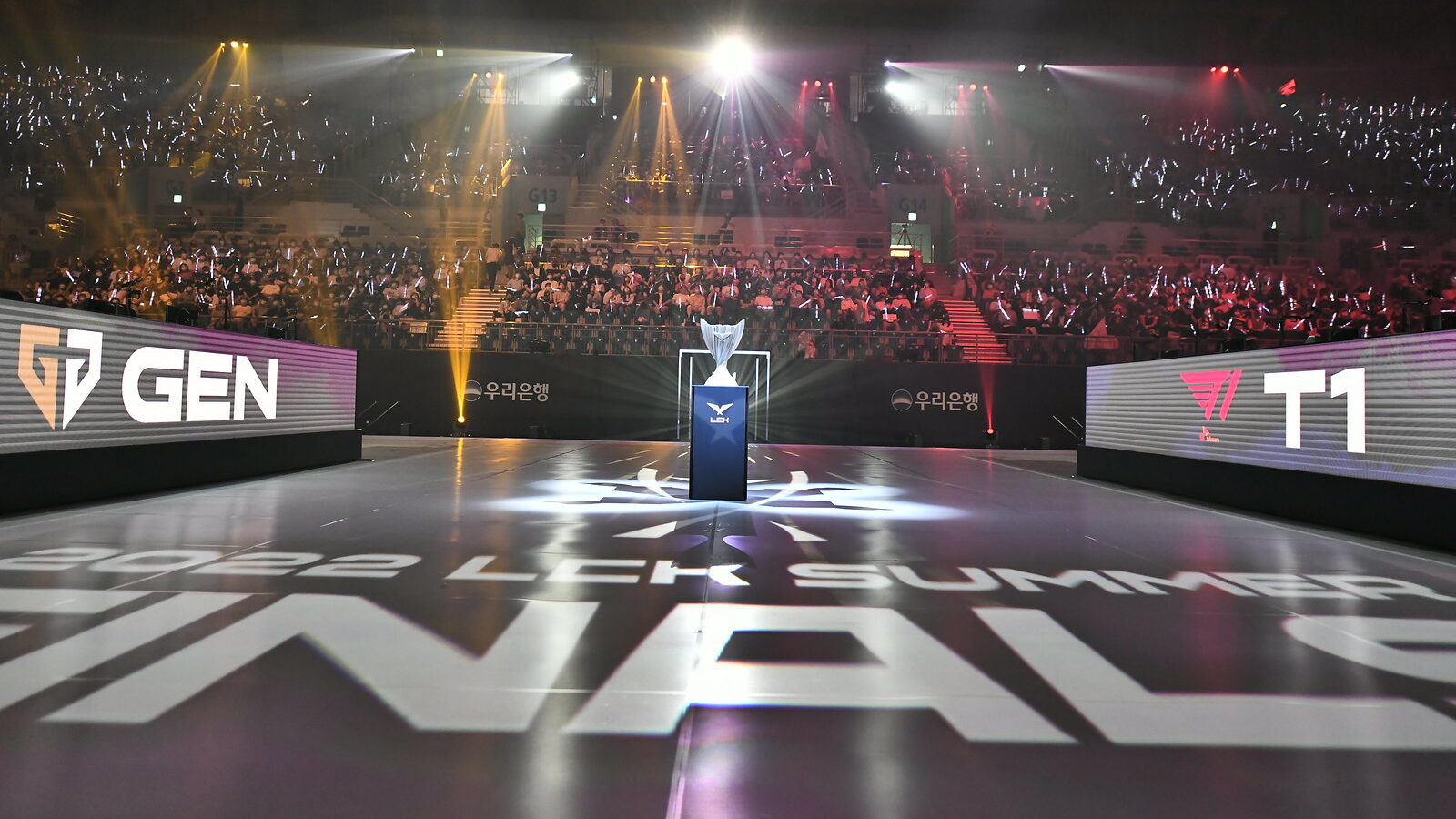 Gen.G have won their first-ever LCK title after defeating a troubled T1 in the 2022 LCK summer finals. Unfortunately for the viewers (if they were T1 fans), the games weren’t even close, and it was just another day in the office for Gen.G. Despite T1’s best efforts, a 0-3 loss has ended their season in the LCK.

Win the win, Gen.G is locked as the first seed from the LCK at Worlds, whereas a troubled T1 will be going to the competition as the region’s second seed.

Despite Gen.G’s status as heavy favorites in the finals, fans expected T1 to fight back. However, that was not the case: Gen.G was much better prepared in every aspect of the game.

Gen.G’s LCK title victory: an achievement for the ages

Gen.G’s insane split deserves more praise. Not only did they dominate the field in the LCK playoffs, they also finished the regular split 17-1.

Furthermore, Gen.G dropped only six games overall, losing a bo3 series against T1, and one game in the LCK playoffs to Liiv Sandbox. This record is better than T1’s 2022 LCK spring split achievement, where they lost 8 games in total.

Gen.G had potential from the start of the year, but the roster needed time to gel. At last, it seems to be the case as they will bring their best form to Worlds 2022.

Chovy and Ruler – Titleless no more

Legendary AD carry Ruler finally has a domestic title to his name, and completing the full set is close. After all, as he never attended the Mid-Season Invitational, he is missing that piece from his trophy case.

Meanwhile, after four second-place finishes, Chovy has also won his first LCK title. Since emerging as a bright star in 2018, Chovy has been one of the most discussed players in the world. His insane laning mechanics have always been a hot topic in the League of Legends community. Even the term “chovying”—heavily outfarming your opponent—became a thing, over the “Flame Horizon.”

Peanut was the only team member with a title prior to the finals, but this is no longer the case. Deservingly, all of them are champions after those standout performances.

Gen.G needed all of them to step up if it was to win the LCK title, and they all delivered. No longer will they be considered as afterthoughts or second-best.

T1’s downfall: may it beget another truck?

Something happened to T1 after the 2022 MSI finals, as it is no longer the dominant juggernaut of the spring split. Despite their outsider status in the final, the 0-3 loss is a massive disappointment for the organization. Many would dispute it, but T1 has set a high bar in the league.

Yes, the storied organization will go to Worlds. But it won’t be considered the clean favorite anymore. In fact, T1 is in trouble before Worlds begins.

The team peaked during the spring split, not where teams want to reach their peak usually. In the end, Worlds is the most important competition, not MSI.

The expectations that the team has set during the spring split are biting it back. Consistency is key, and they failed in that. Gen.G overtook them as the best team in South Korea, but it’s not like T1 didn’t help them with that.

There was a lot of criticism of the team and their way of drafting. Even building the correct items on their champions looked hard, and they were horrible at it. Fans were wondering if they were even researching into it.

T1 will be going to Worlds as LCK’s second seed, and you can imagine how high their standards are if this is considered a disappointment.