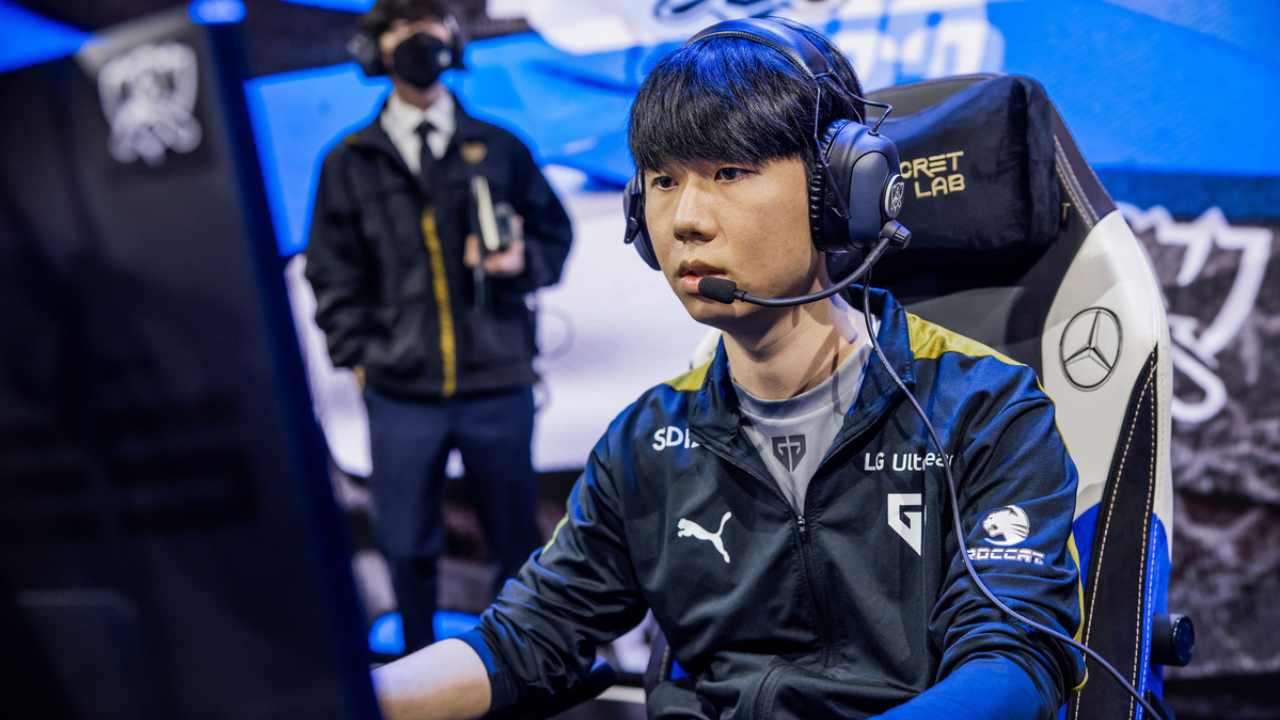 Gen.G is widely considered one of the best teams at Worlds 2022 and one of the tournament favorites. However, LCK champions are not looking as dominant as people expected, standing at 2-1 after the first half of the group stage. Jaxon spoke to Gen.G’s support Son “Lehends” Si-woo following their victory versus 100 Thieves on day two.

Not as hot of a start as Gen.G hoped

Gen.G managed to bounce back from their day one loss to RNG with a victory over 100 Thieves and CTBC Flying Oysters. Lehends admits that their start to Worlds 2022 isn’t ideal and there is a lot that could’ve gone better, but he still remains confident:

“RNG prepared very well and actually played well. We also had issues in both the draft and gameplay. I agree that we could’ve played better today [vs. 100T] as well, but it won’t be a big deal,” he said.

Lehends also commented on the differences in preparation for best of ones compared to best of threes they play in LCK.

“The game itself does not change much, but the bo1 format definitely puts more pressure on us because there are less opportunities.”

Why did Lehends blind pick Singed vs. RNG?

For who don’t know, Lehends is the LCK’s Singed expert. He reached rank 1 in Korean solo queue playing Singed top, and occasionally plays support Singed on stage(100% win rate before game vs. RNG). Usually, Singed is his answer to Yuumi, but vs. RNG, Gen.G decided to blind pick it in a lane with a fasting Senna.

With a smile on his face, Lehends explained that if they won with it, it would most likely cause other teams to spend a ban on Singed in the future.

“Unfortunately, it didn’t work out against RNG, but if we won with Singed, other teams would have to be more aware of the pick. We picked it blind because there are definitely pros to Senna-Singed comps, but it didn’t work out this time.”

No matter the slow start, Gen.G remains one of the tournament favorites. Lehends believes the RNG loss was a good lesson for them, and is still confident in his team. Jaxon asked who he sees as Gen.G’s biggest threat at Worlds 2022.

“Despite losing against RNG, that match helped us a lot. We got to learn a lot from it and organize our thoughts,” he explained. “For me, not much has changed regarding our biggest threat. Every team is really good, and I can’t look over any of them. But if I have to choose one, I’d say Kanavi and JDG.”

Lehends also believes that LCK underperforming so far at Worlds 2022 has got to do with some other regions performing better than he expected.

“EU teams doing well is definitely something I didn’t expect. Although LCK teams are not getting the best results, it is due to other teams doing better. I believe the balance between teams got more even.” Lehends added.

All in all, Gen.G and Lehends shouldn’t be too worried about them getting out of groups. However, If they want to contend for the title, they will have to bring back their LCK form.