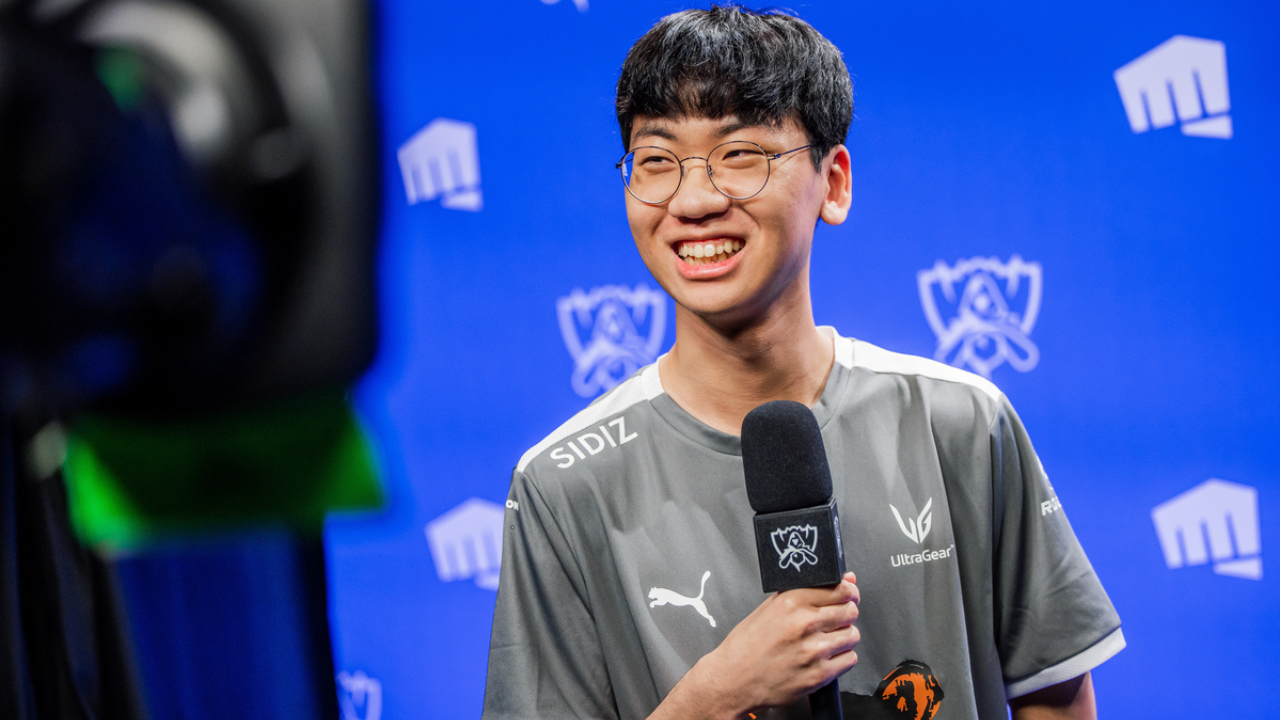 Gen.G Doran: “Gen.G and I have a winning mindset and a lot of confidence”

On the final day of the Worlds 2022 group stage, Gen.G and RNG secured their spots in the quarterfinals—with top laner Choi “Doran” Hyeon-joon‘s team taking the top spot in Group D. After a slow start on week one, the LCK champions showed why they are the favorites to win the tournament. After their back-to-back wins vs. Royal Never Give Up, Jaxon spoke to Doran about their upcoming quarterfinal matchup and more.

Jaxon: This was the fastest tiebreaker in Worlds history. How do you feel after that revenge vs. RNG?

Doran: We were actually so ashamed of our performance in the first match vs. RNG. After we lost to them we were grinding so hard in order to get this win, and I’m so happy with a clean 2-0 today.

Jaxon: I think it is fair to say you had a slow start in week one, at least from the outside point of view. What caused it, and what changed this week?

Doran: I think having a long break after the LCK was affecting us a little bit, and also, the biggest problem was we were a little bit slow with the meta read.

Jaxon: You play vs. DWG KIA in the quarterfinals. Yet, in the LCK Summer split semifinals, Gen.G chose not to play vs. DWG KIA, despite many people thinking LSB was a better team at the time. What do you think about this matchup?

Gen.G Doran: We chose LSB for the LCK playoffs because we thought DWG KIA is really good at best of fives. They have been performing really well at Worlds, but at the same time, Gen.G is also on the up and up, so I think it is a pretty doable matchup.

Doran: Among LCK teams is T1, and among LPL, it’s JDG. They are the two teams that are very strong. There is a possibility of them matching up in the semifinal, so that is going to be so interesting.

Jaxon: After playing the group stage, how would you rate the level of LCK teams compared to the LPL?

Gen.G, the Superteam that worked

Jaxon: Most people labeled this roster as a superteam when it was formed. In the west, we had a lot of cases of superteam projects failing, such as Vitality or Team Liquid. Do you feel extra pressure for being on a “superteam,” and what made it work out in your case?

Doran: I mean, I always appreciate any kind of attention, which is really good. So as long as you have confidence in yourself, that kind of expectation won’t actually come to you as a pressure.

Jaxon: How satisfied are you with your personal and team progression throughout the year?

Doran: In the spring split, I was actually disappointed in myself many times because of my performance. Heading into the summer split, I was pretty satisfied with how I played and performed. Speaking of progression as a team, this is our first year together, so the more we play, the better our teamwork is.

Jaxon: If we count your rookie year with Griffin in 2019, this will be your third Worlds quarterfinal. Unfortunately, you lost both of them. What is different this year?

Doran: I don’t count 2019 as a huge part of my memories because I didn’t really get to play at Worlds with Griffin. In 2020 we made it to the quarters, and we matched up against DWG KIA, the biggest favorites of the tournament, so we lost. At the time, we were like: “how are we even going to play against them,” but this year, Gen.G and I have a lot of confidence. We have a lot of faith in ourselves. We have a winner mindset in this tournament, so it is going to be very different.

Doran: I am wearing this jersey, so I don’t want to criticize it. It kind of grew on me. I think the tiger looks kinda cute now.