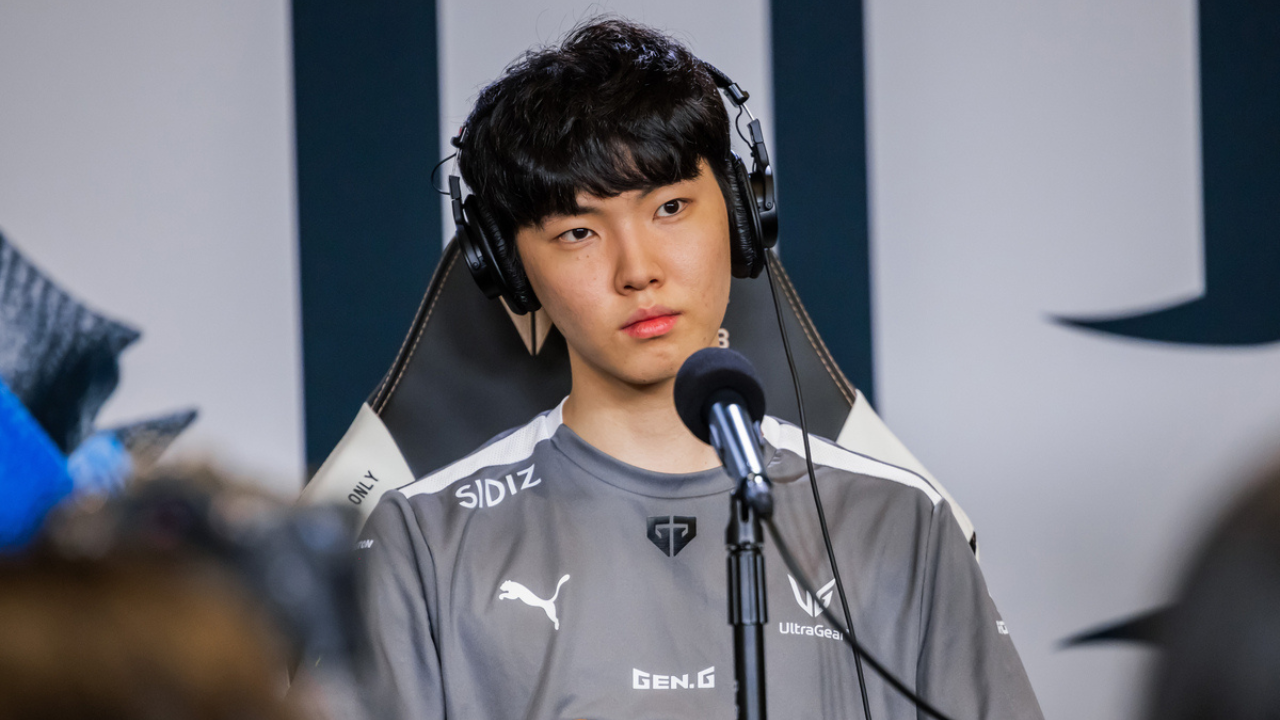 Gen.G Chovy after Worlds 2022 semis exit: “I left too much to be desired”

Following their Worlds 2022 semifinal defeat vs. DRX, Gen.G’s superstar mid laner Jeong “Chovy” Ji-hoon spoke to the media. Despite being heavy favorites, LCK champions couldn’t get past DRX and force a third best of five Grand final of the year vs. T1.

DRX had the upper hand in the crowd-packed State Farm Center in Atlanta, winning the series 3-1. The last dance for Deft and the boys continues, while Chovy has to settle for the LCK title and a Worlds semis in 2022.

Gen. G’s mid laner spoke to Jeesun Park on the broadcast right after the defeat, and he wasn’t hiding his disappointment.

“It’s a bummer that we lost the semifinals, and I especially keep remembering the plays I was not able to pull off very well and my underperformance. I’m feeling empty right now,” he said.

Furthermore, he briefly reflected on 2022 as a whole, acknowledging it was the best year of his career. However, the 21-year-old star is well aware of the missed opportunity, and the bitter taste will stay in his mouth after Worlds semis exit.

“Looking at this year as a whole, the outcome and the result, was the best ever of my career, but looking at my today’s appearance, I think I left too much to be desired.”

He is also ready to get back to work and return stronger next year. He took the opportunity to thank his fans, promising to work hard and grow from the situation:

“Thank you so much for your support. I’m so disappointed in myself. I’m so mad at what I displayed today. The only way I can repay all your support is to come back stronger next year, so I will work hard and come back as a better player next year,” Chovy said.

Chovy: “I have always thought that Zeka was a very talented and strong player”

The hot stuff at Worlds 2022 is definitely DRX’s mid laner Kim “Zeka” Geon-woo. The young prodigy gapped every opponent he faced through the tournament, including Chovy in the semifinals. After the match, Chovy was asked his opinion of him during the post-game press conference.

Finally, Jaxon asked Chovy to share his opinion on what caused Gen.G’s drop in performance after such a dominant Summer split. He pointed out that their main problem was poor execution in the games rather than a meta shift.

“I want to say the main reason was the execution was not on point. We were going for a certain comp and tried to play with a direction we had in mind, but we were unable to execute it accordingly, so it kind of showed in our result. That could be seen as us having a great fall, but mostly it’s about our performance and how we executed the plays,” Chovy concluded.

With the offseason just around the corner, tracking Gen.G and their decisions will be very exciting. Will they be remembered as another superteam that didn’t fulfill their potential, or we didn’t see all from this roster? Stay tuned to find out.