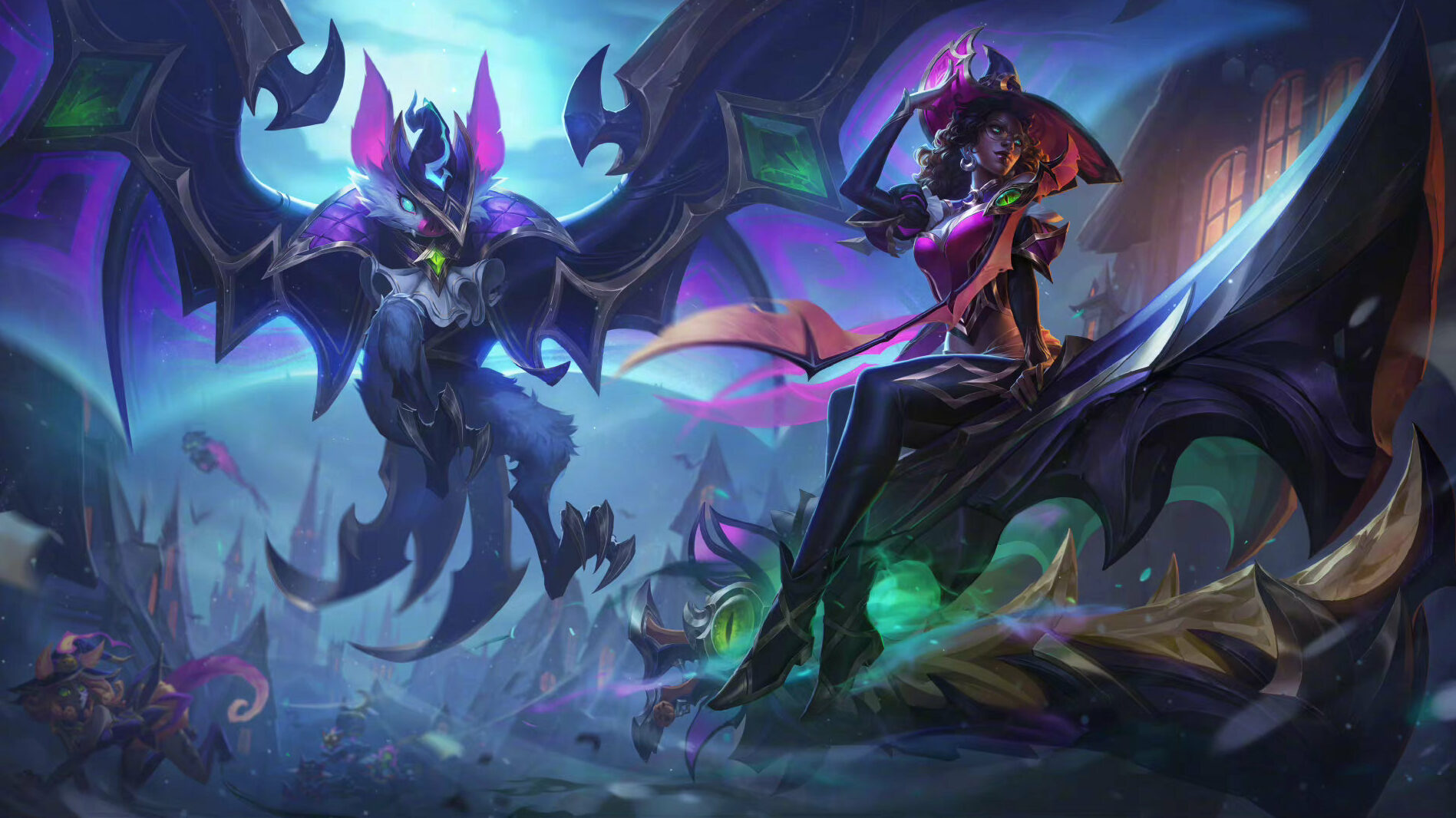 Spooky season is on

Gear up for Halloween with the new Bewitching skins for LoL

Halloween is fast approaching, which means a new set of Bewitching skins for League of Legends.

Five new cosmetics will be added to the spooky Halloween-themed skin line, including Anivia, Senna, Cassiopeia, LeBlanc, and Neeko. The five will join the likes of Yuumi, Fiora, Nidalee, and many others in the line.

All skins will be available for testing on the Public Beta Environment (PBE) before they land right in time for Halloween. This is the first Halloween-themed move from Riot this year, but more could be waiting down the line.

New Bewitching skins fit the theme but aren’t too innovative

It’s clear what Riot is aiming for with the five new Bewitching skins: to set up 2022 for a new batch of Halloween skins. While this is great, the presented skins don’t bring anything we haven’t seen before.

Despite including some cool and unexpected champions such as Anivia and Neeko, the skins are pretty much as expected. They are all in a dark purple theme, with each champion dressed as their own Halloween witch. The most impressive one is Bewitching Anivia, which presents the Cryophoenix as an evil, but a little cute Halloween bat.

The rest seems predictable but does have some pretty cool in-game effects to them. Pay extra attention to LeBlanc’s evil chains and dark purple mists.

Anivia takes the cake for this set of Bewitching skins, with her unique cosmetics and bat theme that wasn’t expected from the Phoenix. Senna is, in many ways, an obvious choice for a Bewitching skin, as her dark lore fits Halloween perfectly.

It wouldn’t be Halloween without a scary creature, which Cassiopeia is perfect for. The purple snake is ready to poison targets with her purple toxins.

Incredibly, LeBlanc hasn’t gotten a Bewitching skin yet, but here it is. Our beloved Deceiver fits the witch theme perfectly, as she tricks enemies one by one on a daily basis.

Neeko might be the most unexpected champion for this set of skins, but we don’t mind it. The Bewitching skin line already has some “cute picks” in it, with Yuumi previously. Now, Neeko will join as the new cute witch.