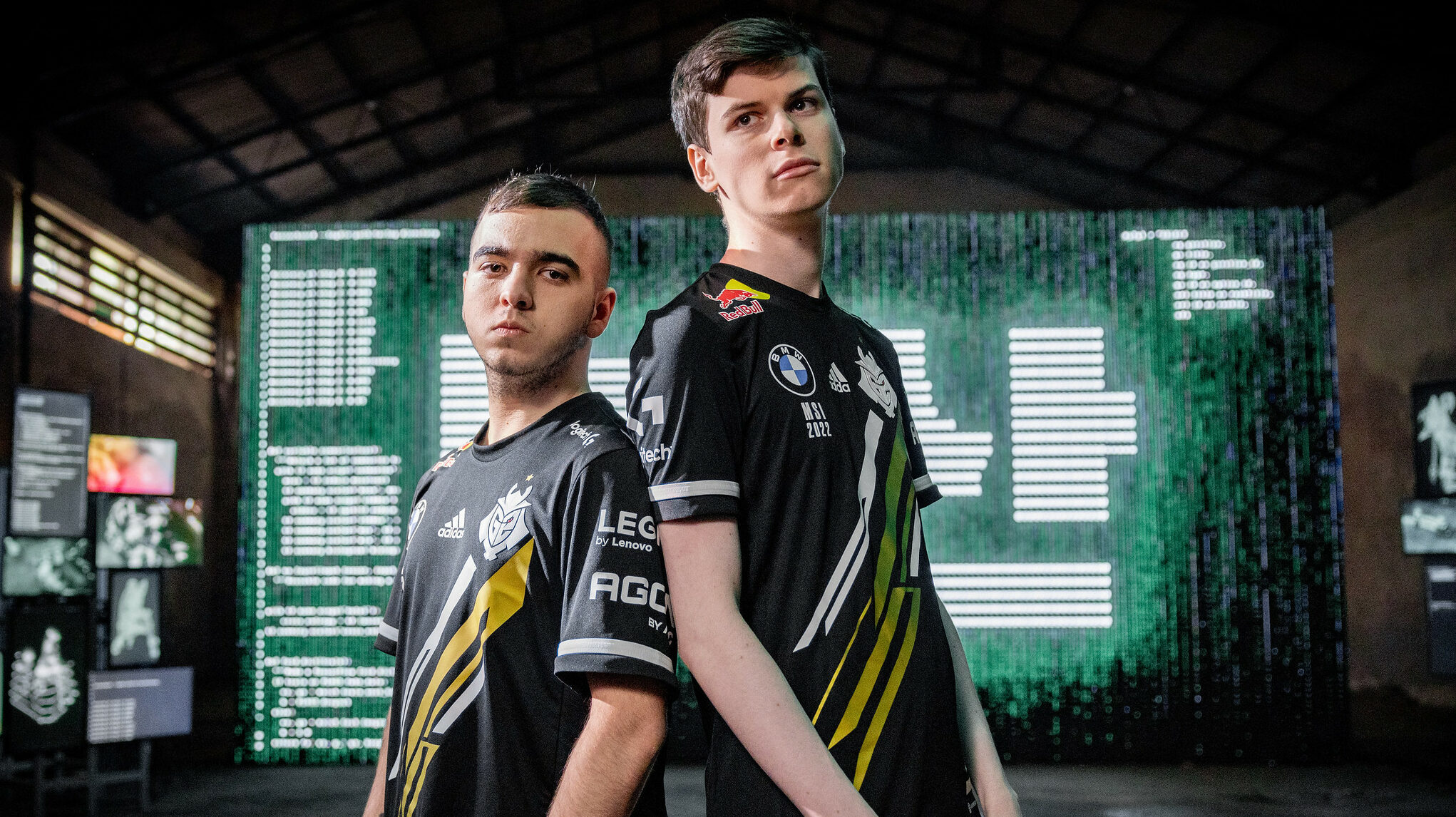 The bot lane duo of G2 Esports has once again proven that they are incredibly consistent.

Support Raphaël “Targamas” Crabbé and bot laner Victor “Flakked” Tortosa had the highest KDAs in the 2022 LEC Summer Split. Especially Targamas impressed with a whopping 7.2 KDA throughout the 18 games this regular split.

With Targamas beating the whole league in KDA, Flakked came in at second with a KDA of 6. This is the same as Rogue mid laner Emil “Larssen” Larsson, but Flakked managed to rack up 69 kills total compared to Larssen’s 61.

Turned up when it mattered; G2 is back at 1st seed

For the wonder bot lane and G2 as a whole, the end of the regular split ended up mattering. After winning spring and playing a long 2022 Mid-Season Invitational, G2 looked like a team that wasn’t at its best this split.

But that all changed by the last couple of weeks when G2 ended the regular split with a five-game winning streak.

All these games were heavily impacted by the bottom lane, where Flakked played his bloodiest games of the split while Targamas averaged 16.6 assists per game and only died twice.

These numbers speak for themselves and explain why these two climbed the KDA charts this fast. Ultimately, these performances secured G2 a spot at the 2022 World Championship as the first team in the world and first seed for the upcoming playoffs.

G2’s first playoff opponent will be Misfits Gaming on Saturday, August 27, and their bot lane better be ready to crush.

Three things are certain in life; death, taxes, and G2 Esports showing up when it matters in the LEC.