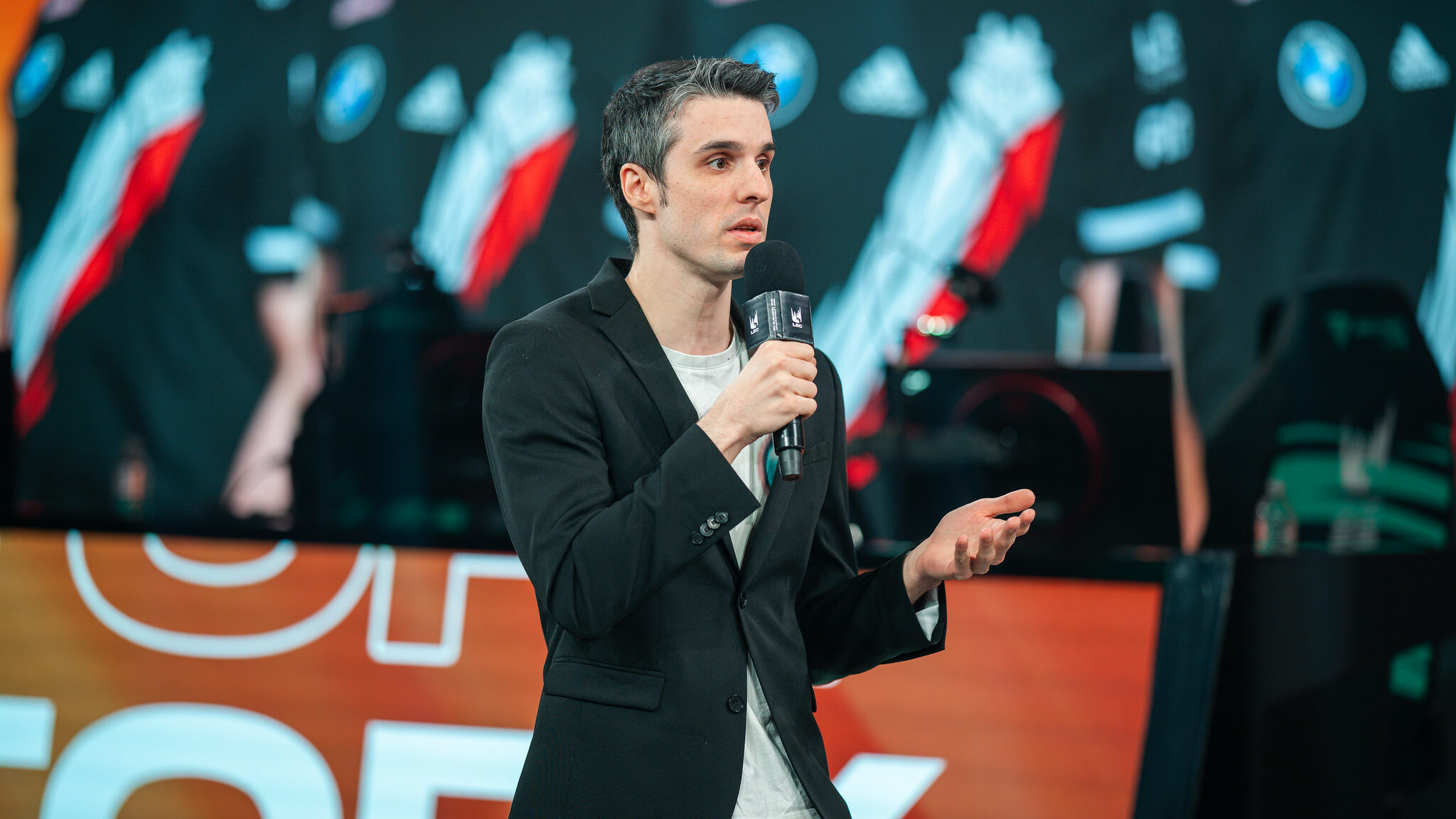 G2 esports suffered a heavy 3-0 defeat to Rogue in the 2022 LEC Summer split finals in front of 12000 people in Malmö Arena. After the series, G2’s head coach Dylan Falco reflected on what he thinks went wrong for them at the LEC finals.

G2 went into the finals weekend very confident and cocky since they stomped Rogue just a week ago. The organization sent the truck to the arena celebrating a 3-0 victory before it happened. Unfortunately for them, it heavily backfired.

“I think they [Rogue] came into the first game with a very good plan. Kalista with counter-pick support ended up working out very well against our Draven pick. It has been a staple of the series.

“Their double mid-lane bans did a lot to neutralize our playstyle. I think we adjusted very well to game two, and the game was well within our reach. But once we failed to win it, we just didn’t find the proper answers for game 3. It is always very difficult to play when 0-2 behind.”

Many people in the community assumed that G2 was expecting to face Fnatic in the grand final. Did G2 focus on Fnatic more and ignore Rogue a bit?

Dylan’s answer indicated that something different was in play:

“We tried to focus on plans that were semi-neutral for both teams. Both Fnatic and Rogue have a very much bot-lane-focused style. Although the ‘flavor’ of what they pick is a bit different, the core idea is very similar. That’s why we were able to use a lot of our preparation for both, regardless of who we face in the final.”

Dylan was also asked if he thinks that Rogue had the advantage because they got to “taste” the stage on Saturday.

“Of course, it is a bit harder when you need to prepare for multiple opponents. Yet, I think it works both ways. We had the chance to see them play on Saturday, while they had only one night to fully focus on us. There are pros and cons to both situations.”-he responded.

G2’s jungler Marcin “Jankos” Jankowski didn’t have the best performance in Malmö. He was aware of it and didn’t run away from his responsibility:

“I echo Dylan’s words in terms of preparation and draft. I also believe that game 2 was winnable. If we killed that nexus, that series could potentially be very different. However, I was either choking or playing very f*ucking bad.

“Probably both, to be honest. I just wasn’t performing today. I feel like when the jungler is not performing, the whole team suffers in a way. But all of us could’ve played better individually, and we made many wrong decisions. It led to us going down 0-2 and eventually getting swept.”

Jankos: “I am very grateful for our fans.”

Walking around Malmö over the weekend, we met an overwhelming number of G2 fans from all parts of Europe. Despite their team struggling, they were tirelessly chanting and giving out all they had to support the team.

As a veteran player, and a true leader, Jankos took the opportunity to thank the fans for the support:

“I am very grateful for G2 fans, especially those who came to Malmö from all around Europe to support us. It feels super disappointing because at least 80% of the arena was cheering for us to win. Playing in front of a massive crowd in the arena after two years was very humbling.

“You could really feel that people wanted us to win. Thank you all very much! I am very grateful that you were here, and I am very sorry that we didn’t perform.”

Despite a tough loss, G2 players have the same goal for Worlds as ever, whenever they make it. The draw put them in a “group of death” with Chinese champions JDG and former World champions DWG KIA. Although it looks rough at first, G2 has a lot of time to reflect on their mistakes and prepare for the challenge—with Dylan Falco’s coaching helping them represent the LEC well at Worlds.