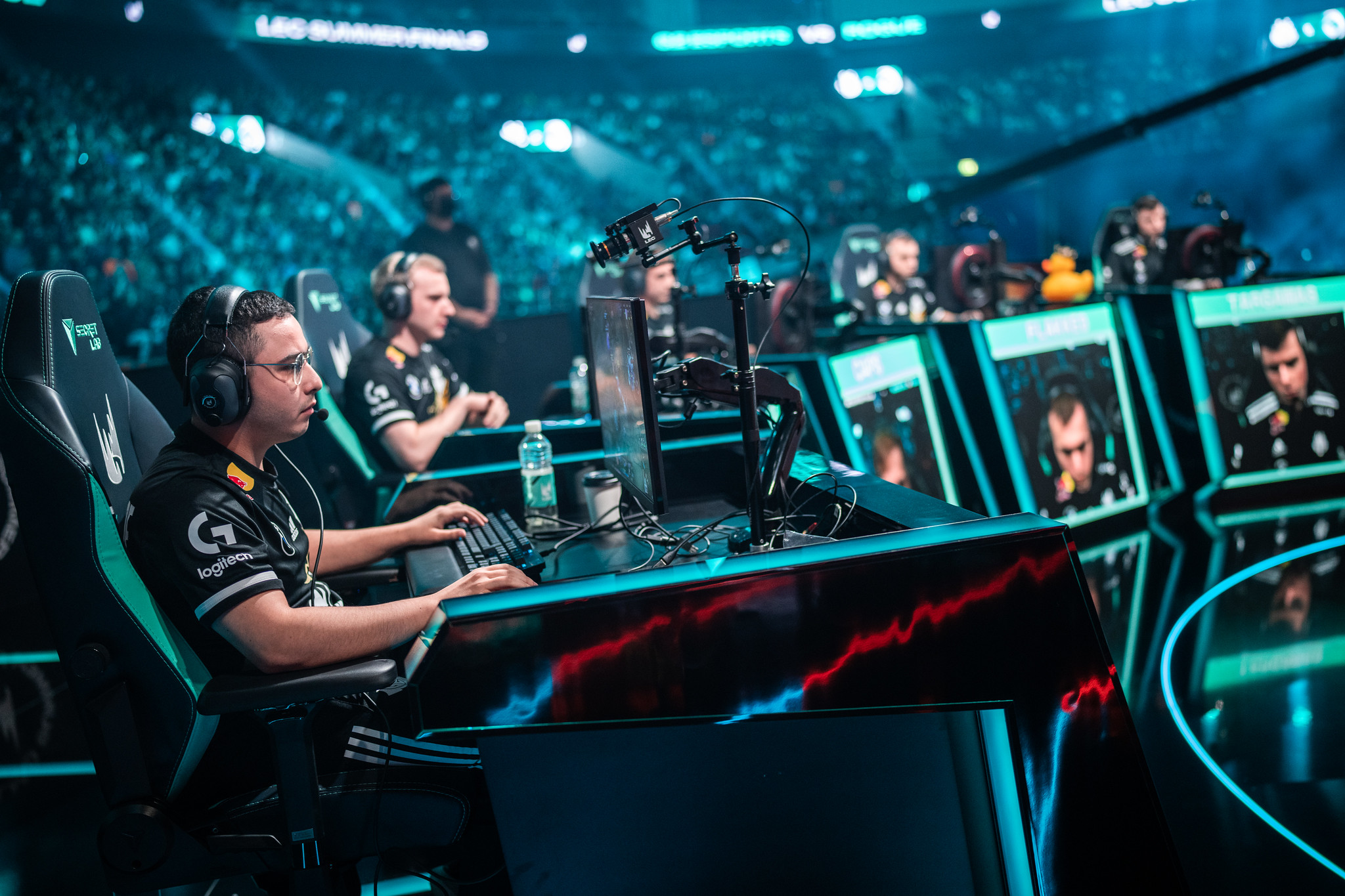 For the first time since 2018, G2 has lost a grand final in their domestic league. It’s an end of an era of dominance for the team, especially for Rasmus “caPs” Winther who never lost a domestic final until yesterday.

During the post-game press conference, G2 discussed their performance during the LEC final, as well as their Worlds 2022 participation.

G2 will be starting from the tournament’s Group stage as they qualify as the 2nd seed. The Worlds 2022 draw took place after the LCS finals were complete, and G2 found themselves in the group of death alongside JD Gaming and DWG KIA.

It’s no secret that G2’s ultimate goal is to win Worlds. Their owner, Carlos “ocelote” Rodríguez, mentioned it multiple times, but it’s not yet a reality. Their best result was in 2019, where they lost to FunPlus Phoenix in the final.

Following the LEC finals loss against Rogue, the entire G2 Esports squad gave a press conference to the media. When asked whether he had anything to say to his players, G2’s general manager, Romain Bigeard, immediately looked forward to the upcoming event: Worlds 2022.

“What do I wanna say to you boys? You suck, I suck, and I love you. Today we lose, but we need to go on and cheer. Then we are going to train. The goal is to win Worlds and to be the first non-Asian team to go there and beat them,” he said about their ambitions.

“We have the right mixture of experience, freshness, creativity, geniuses. Different factors that make a great team. Today we feel really bad, especially because we gave a lot to come today. Next step will be Worlds, and it will be exciting. Starting today, every game will matter because the tournament is stacked. It’s a nice challenge, and we have enough time to find the right recipe. I am extremely proud of them, and I really believe we will have banger Worlds and a great adventure.”

The Worlds Championship starts after a small break, and due to the long playoffs around the World, it is played after several patches to the game. That is why fans have no idea what to expect.

There might be teams that excel in the meta, but there might be others that drop their performance and completely lose themselves in it—as was the case with FunPlus Phoenix in 2021.

When asked about G2’s preparations for Worlds, the coach of the team, Dylan “Dylan Falco” Falco, gave the following answer at the LEC finals’ press conference:

“As far as in-game, when we go to Worlds, it’s a completely new patch. We time-travel three patches forward, and I know that they always like to greatly change the game before the World Championship. I think a lot of effort will go to the research into the patch to make sure that when have a good idea of what might be strong, patterns, and what sort of meta we were to play.”

Worlds 2022 expectations: G2 has a long way to go after LEC finals

G2 might have lost the finals, but they have caPs and Marcin “Jankos” Jankowski on their side. Both are experienced international players and have long been regarded as the hope for international success for Europe.

The loss to Rogue has undoubtedly put a dent in their ambition. But G2 wouldn’t be G2 if they didn’t refuse to settle for less.

“I think we have a long way to go. Eastern teams are very strong. We kind of got destroyed during MSI, and also, we were not really strong today (vs. Rogue),” caPs said about their chances at Worlds. “The gap grew bigger, but we have a bootcamp and it will also be on a new patch. There is for sure, a lot of room for us to improve and pick up new things.

“For sure right now, I think we are not able to compete, but with a good run, we can for sure do damage at Worlds and even take the whole thing.”