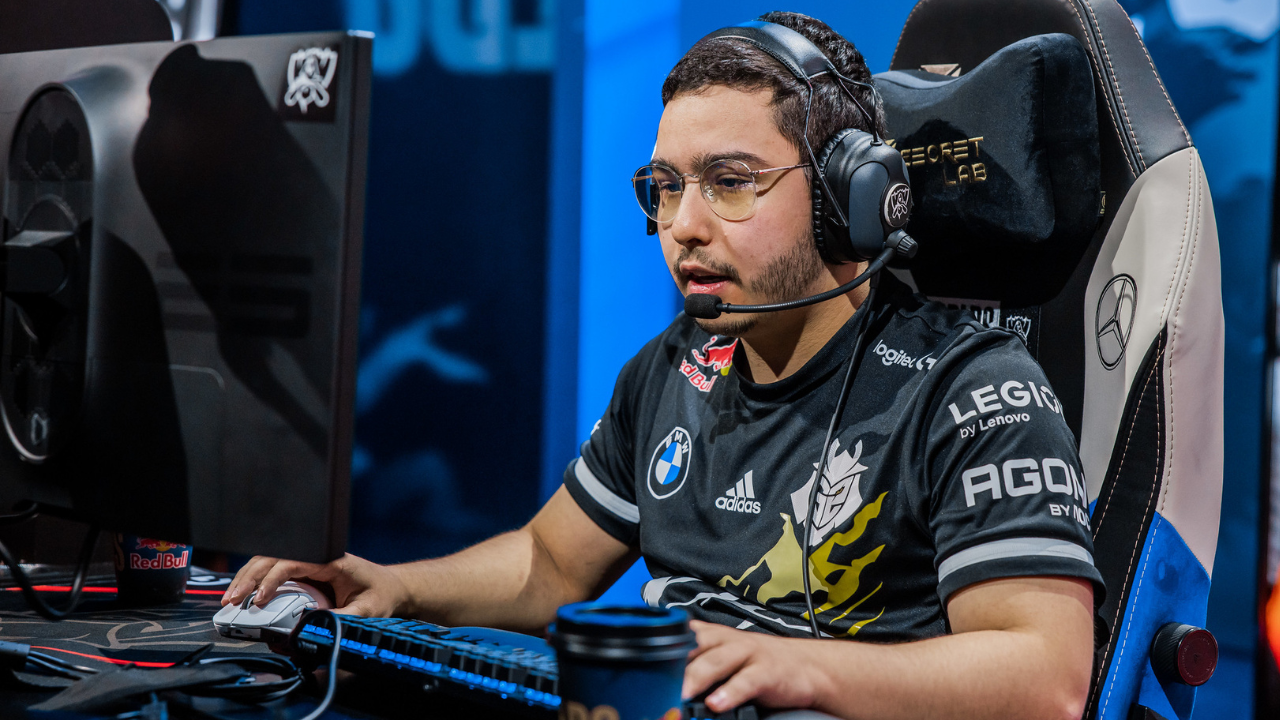 G2 top laner BrokenBlade: “EU is a strong region, and we can contend for the title”

After G2 Esports kicked off Worlds 2022 group stage with a loss to DWG KIA, Europe’s second seed bounced back with a victory over Evil Geniuses on day two. G2’s top laner Sergen “BrokenBlade” Çelik spoke to the media after his excellent performance on Fiora.

Alongside G2, the other two European representatives picked up victories during Day 2 of Worlds 2022. LEC got LCK in shambles as Rogue defeated in-form DRX, while Fnatic obliterated T1. BrokenBlade commented on the EU’s great form so far.

“It has been a great day for the EU. If we are able to keep up the streak we will send a strong message that we are strong contenders. Fnatic is doing really well, we are 1-1, and we have to see how Rogue plays their second game tomorrow. I have my hopes up for the EU in this tournament. We are definitely a strong region, and we can contend for the championship,” BB said.

Aatrox is super strong, Riven not so much

BrokenBlade is one of the few western top laners capable of playing carry top laners like Fiora, as he showcased today vs. EG. Unfortunately, we likely won’t see his notorious Riven anytime soon. “Riven is very weak in competitive LoL right now. She is enjoyable in the solo queue but not so much in pro play,” he said.

However, we will see a lot of Aatrox for the rest of the tournament unless it is banned. BrokenBlade believes that the top lane meta is set, and Aatrox plays a major role in it.

“Aatrox is the strongest pick, but if he is banned, the top lane meta becomes very open. Then we usually see more tanks such as Maokai and Sejuani. I think there are counter-picks to them like Fiora I played today.” he said.

Teams have different options when approaching drafts regarding the top lane, as there are many viable options. “In some games, tanks can be strong. In others, you can pick carries, and they will be strong. That’s what I really like about this meta. It is very versatile if Aatrox is out, of course,” he added.

NA solo queue is not that bad, and CQ is excellent practice

After spending two years in TSM (2018-2020), BrokenBlade is back in North America for the 2022 Worlds. Unlike many other pro players, he thinks the NA solo queue isn’t as bad as people think. He said: “I didn’t have any expectations playing solo queue, because back then, it wasn’t the greatest. However, it is pretty nice and refreshing, as I think it is very similar to EUW.”

Yet, the biggest positive of BB’s return to NA soil so far is Champions Queue.

“The biggest change for me is the Champions Queue. You get good games with all Worlds players and high ladder NA solo queue players pretty quickly. Nobody griefs the games, nobody is very negative, and it is something I don’t have in Europe. It is very exciting to play as you want to play with good players and against good players. You get really good practice, and that is amazing,” BB concluded.