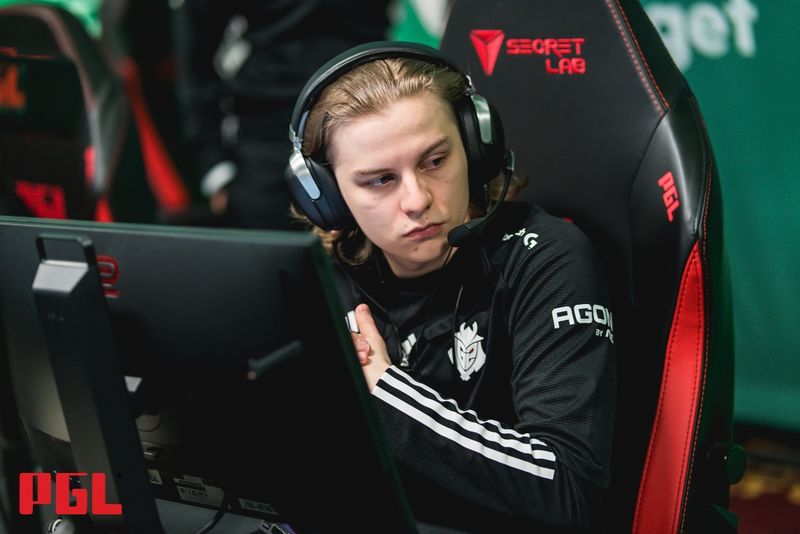 According to a report by Blix.gg, G2 Esports are considering replacing their in-game leader, Aleksi “Aleksib” Virolainen, and coach Remi “XTQZZ” Quoniam in the player break. The move would follow a string of disappointing results as the star-studded roster struggled to make an impact in the first half of the season.

According to the report, G2 is in the market to find replacements for both positions. While this would not mean that either player or coach is benched, it does paint a bleak picture for the duo.

Aleksib and XQTZZ joined G2 at the start of the year as the team looked to rebuild its roster around cousins Nikola “Niko” Kovac and Nemanja “huNter” Kovac. They were joined by AWP prodigy Ilya “mONESY” Osipov and Audric “JACKZ” Jug.

XQTZZ joined from Vitality, where he had to make space for incoming coach Danny “zonic” Sorensen. The Frenchman had built Vitality’s French roster for three years but wasn’t part of its international plans.

Aleksib, on the other hand, joined G2 from OG. The Finn was traded for Nemanja “nexa” Isakovic. During his two-year stint with the roster, he struggled to make much of an impact. The most notable result was second place in Flashpoint Season 2.

Soon after going public with the result, Blix received a public answer from G2’s owner.

Carlos “ocelote” Rodriguez took to Twitter to give a short answer to the report: “no.”

While this might raise some questions about the report’s validity, it is essential to note that Ocelote has a reputation on Twitter. The G2 owner regularly engages in community banter and would unlikely confirm or deny reports this publicly.