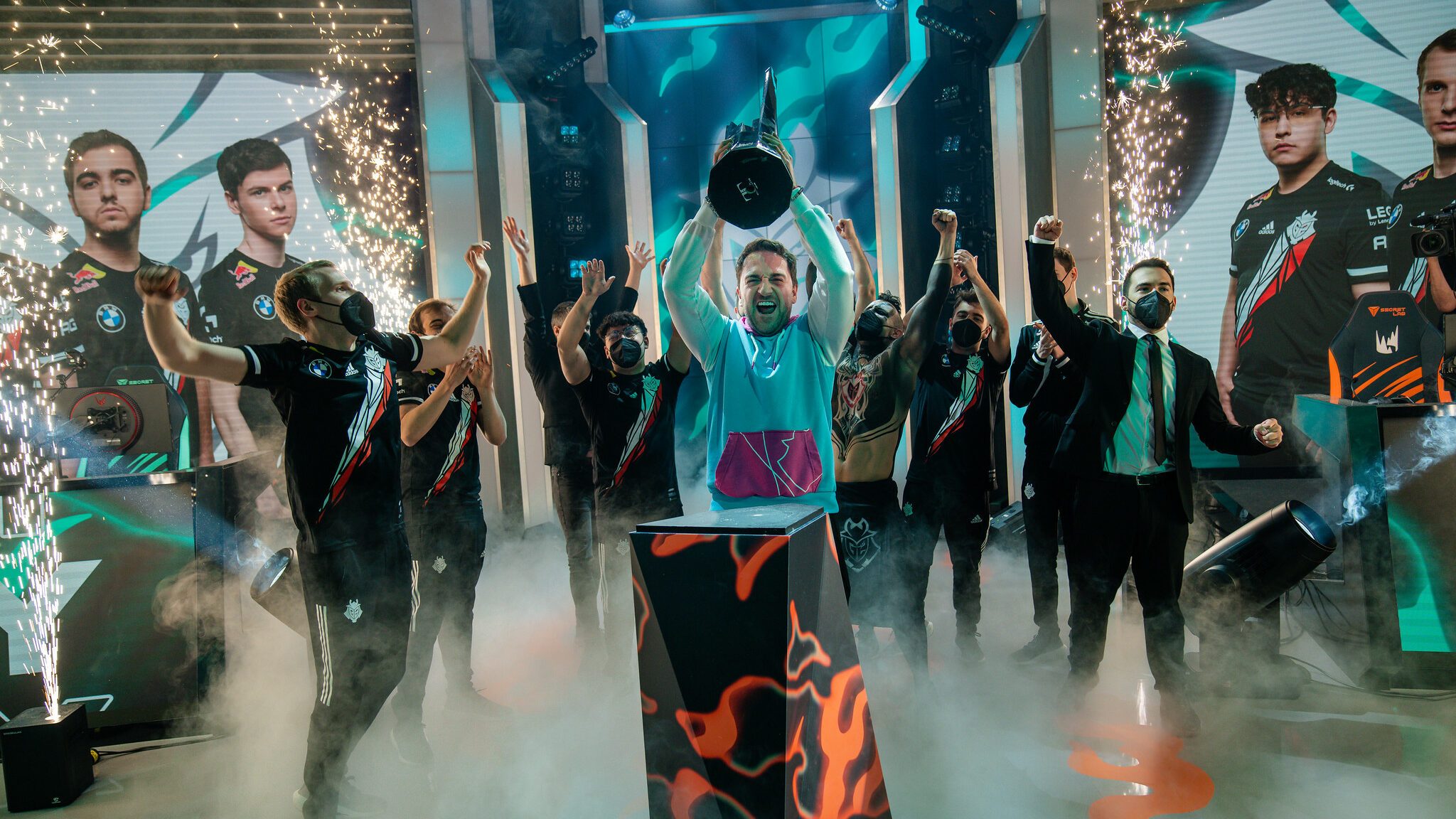 At any given day, ocelote juggles between his organization’s branding, administrative tasks, legal matters, sales, partnerships; and the teams that make it happen on Summoner’s Rift, Dust2, DFH Stadium, Bind, Favela—and the list goes on.

And we aren’t talking about roster changes; denying a person free merch daily since Nov. 19, 2019; chatting on Discord with G2 fans; and whatever else goes on in a day spent leading an esports juggernaut that Forbes has recently valued at $340 million. Yet, amid all that, ocelote thrives.

“There’s always a lot of things going on,” G2’s owner told Jaxon. “I’m very fortunate that I’ve gotten pretty good at being able to reset from each and everything.”

Given how many divisions he oversees, and the daily meetings that come with the job (roughly 14 per day, according to him), he has become adept at setting priorities right and at resetting his mind—sometimes between each meeting. And that is not mentioning how messy Monday mornings can be.

“I love Mondays,” ocelote said, emphasizing the word ‘love’ with genuine eagerness. “It’s my favorite day of the week. My least favorite day is Friday. I don’t know why, I get tilted on Fridays. I email, someone is not responding on time. People are slow. They don’t take your call sometimes.”

As was the case during his long-gone playing days, he has also surrounded himself with solid teammates—his support staff. Additionally, as years went by, he bolstered his teams with stronger support staff of their own, further improving potent teams. And one of them works hard on Fridays.

In League of Legends (this one), the signing of head coach Dylan Falco and general manager Romain Bigeard signaled the arrival of a louder, more structured G2. In CS:GO, the arrival of Rémy “XTQZZZ” Quoniam from Team Vitality had a similar impact. But other areas outside competitions also leveled up.

G2’s ascension was built on the times when it missed the mark, or when key elements left them.

In 2021, after witnessing the departure of Luka “Perkz” Perkovic and signing superstar AD carry Martin “Rekkles” Larsson, the organization failed to reach the World Championship.

In Rainbow Six: Siege, G2’s reign of dominance came to an end in 2021, and the team underwent a rebuilding phase after Niclas “Pengu” Mouritzen retired from competitive R6. As for its Rocket League squad, it took years before G2 broke past its “close but no cigar” phase and won the RLCS Major in March 2022.

Paradoxically, in those moments, ocelote thrives. “On a personal level, I love when things are new and complicated, difficult to figure out,” he said.

There may be more meetings during those days, as was the case after the 2021 League of Legends squad failed to reach the World Championship—a first in the organization since it reached the LEC.

But when there’s trouble, there’s learning. Especially if the matter pertains to something he has his hands on, since his days as a mid laner on SK Gaming.

“I love it when someone tells me face-to-face ‘You could do this better’ because then I improve,” he said. “That’s the only thing I care about: the journey of progress. I don’t care about anything else.”

“If one person is a bit of a fan and is giving me too many good news, I don’t wanna hear it. Give me the shit first; I wanna hear what I’m shit at, where I can improve. Give me the bad news. It makes me happy when I go through the journey and feel the difficulty of things.”

Difficult journeys are a theme for ocelote: as a pro, he had his fair share of setbacks at the League of Legends World Championship. Then, it took a while for his organization to reach the European LCS in 2016. Likewise, it took a while for G2 to scale up to its current size.

His next one has little to do with his beloved lower bracket runs—a recent one in the 2022 LEC spring split resulted in G2 sweeping everyone 3-0. In the fall of 2019, ocelote declared his intention to move to New York City, NY and expand there—and that will be in effect sometime this year. Indeed, the team owner intends to split his time between the familiar Berlin environment and NYC’s bright lights.

“So I’m very happy in Berlin, I’m very satisfied in Berlin, and I don’t like that,” ocelote said. “I need something new. I need new challenges, a higher goal to look out to.”

And he is looking forward to, in his words, ‘destroying North America.’ In a recent Forbes interview, he noted how the market over there lacks a “full-package” organization—one that combines entertainment and competition.

“I recognize Europe to be straight-up better at creating a product and creating something of value, and I’m the best at it in Europe,” ocelote said. “I will demolish North America. And the people we have in North America are also impressive.”

But there would be no move to New York without proper support. In the company, the hiring of Alban Dechelotte, his eventual Chief Operating Officer, ensured that G2’s Berlin staff—ocelote’s ‘backbone’ at work—would have someone to report to when ocelote takes on the Big Apple.

Then, there is his wife, Rose, whose support provides him stability and the ability to pursue his ambitions. “That allows me to go all-in in my career—which is, in my opinion, our career,” he said. “I wouldn’t be able to do any of this without her help, you know? And there’s my son too. Those two are my backbone.”

And if there are any setbacks along the way in the Big Apple, he can always draw inspiration from 2021’s setbacks, or the times his teams have gone to a lower bracket.

Or from the time where Nikola “NiKo” Kovac missed the mark at a crucial time in the PGL Major Stockholm finals—that deagle miss against Oleksandr “s1mple” Kostyliev. If NiKo grew from this, so can ocelote from his own misses.