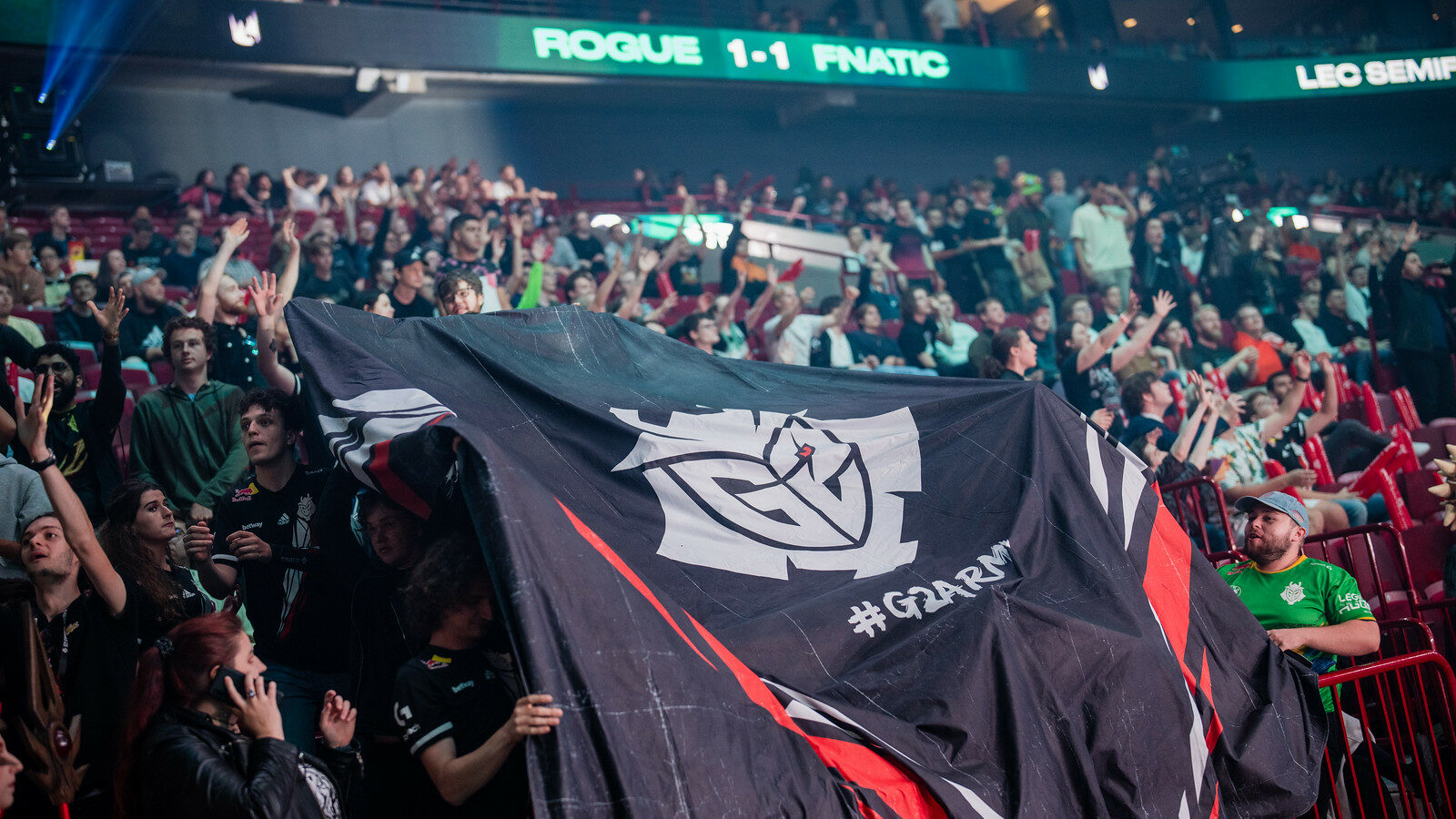 The 2022 LEC summer split final is finally upon us, and fans from both teams (Rogue and G2 Esports) are excitedly gathering in front of the arena. However, G2 chants are so loud, they could be heard from miles away.

It is as if G2’s fans wished to remind us that they are one of the biggest fanbases in League of Legends, and their support undeniably helps their players perform on stage. Imagine your name chanted by thousands of people: even the coldest person would feel warmth in his heart. The adrenaline levels around the arena are spiking.

Many fans in the area believe that G2 will lift another LEC title and, looking at the record, their predictions are logical. The organization hasn’t lost a single final yet. One way or another, history will be made today: either G2 increase their record of LEC titles, or Rogue wins its first and snaps G2’s undefeated streak at LEC finals.

Their predictions? Some say 3-1, others say 3-0. But we all know that, deep down in their hearts, they all want the 3-0. Even the team’s truck wants it.

G2 Esports organized meet-ups and purchased 50 tickets for their fans, all in the same area of the arena. So, fans naturally gathered in one place, experienced the fantastic event as a group.

During the Fnatic vs. Rogue semifinals, G2 fans drove action across the board. At one point, they ‘single-handedly’ started a Mexican wave during the games. Their impact on yesterday’s match was terrific, and you can imagine what will happen in today’s finals against Rogue.

Judging by the number of people that showed up, and their influence in Malmö, it’s proving to be worth it. The fans were already chanting around the city of Malmö, making a statement with their approach—as if nobody knew that G2 was in attendance already.

To provide the ultimate experience, G2 is also organizing a fan hub, where the fans meet and earn many prizes. Also, after the conclusion of the final, G2 will be hosting an afterparty, and they expect attendance to be off the charts.

G2’s XPO queues were the longest: “main boss” Carlos came to check it out

G2 also organized a booth in LEC XPO over the weekend, with fans playing different games with prizes on the line. Out of all sections in the venue, G2’s booth had by far the longest queue.

The atmosphere at the XPO erupted when G2’s CEO owner Carlos “ocelote” Rodriguez showed up to meet the fans and take some photos earlier today. The “Lord Commander” was in an excellent mood, looking very confident in yet another LEC title from the team.

Despite many fans hoping for a G2 vs. Fnatic grand final, Rogue will be the team to challenge the defending champions. G2 fans are confident of a similar outcome to last week and a big celebration in Sweden. Now it’s up to the team to fulfill their wishes and take down a rejuvenated and confident Rogue squad.