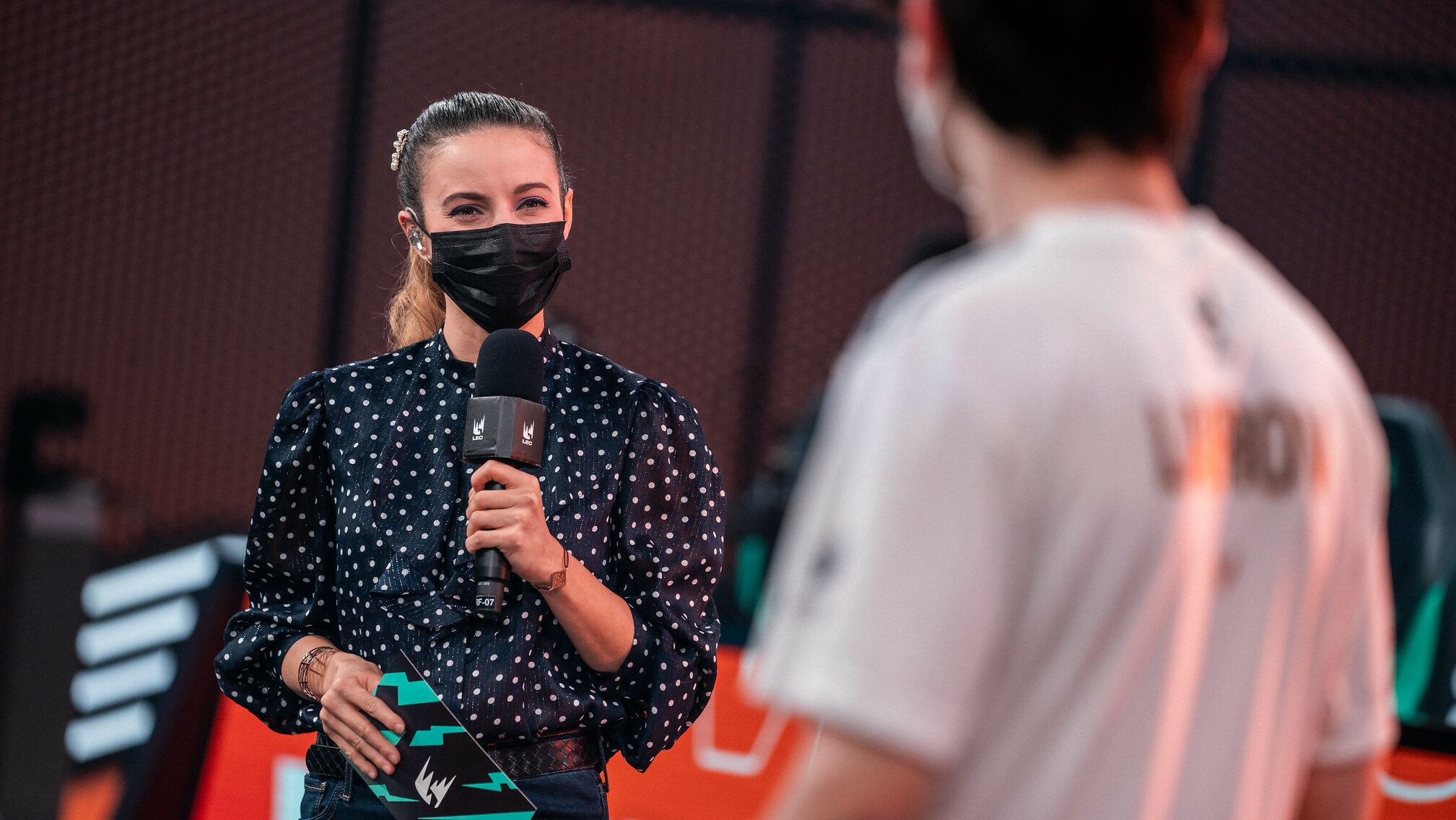 Is this even legal?

G2 Esports have underestimated the power of Twitter when their social media manager tweeted that LEC talent Laure Valée could play Zyra for them on stage if her post was liked 100,000 times.

In a recent thread on Twitter, Laure and G2 had an interesting conversation revolving around her love for playing Zyra. In the spring split, G2’s support, Raphaël “Targamas” Crabbé played Zyra support in a loss, but it was cause for celebration for Laure.

This time, the LEC and LFL talent asked how many likes it would take for her to play a Zyra game on stage in the LEC for G2.

As witty as G2’s social media folks are, they answered: 100k likes. Unexpected (not), the tweet Laure made ended up getting the likes it needed. Now what?

Laure and Caedrel chasing a game on the LEC stage

A fun bet became reality, and the LoL Esports community will not forget it. At this point, we Laure to go on stage in some capacity to play Zyra. Even the official LEC account responded to the tweet, “ok Zyra it is.”

The day before Laure made her tweet, LEC caster and Excel Esports content creator Marc “Caedrel” Lamont posted a tweet saying that if it gets 50,000 likes, he would play a game for Excel on stage, pending LEC approval.

To no surprise, this also quickly gathered the likes needed. Thus, the LEC is looking at two very alternative substitutes for two different LEC teams.

In reality, it would be against all sorts of LEC roster rules to sub in Caedrel for Excel and Laure for G2. An official game with the two looks very difficult, but maybe these tweets will be enough to set up a showmatch at some point this split.

What will happen next is unknown. But one thing is certain: LoL fans won’t forget.

Maybe G2 will actually show some decent shot-calling with Laure on voice chat. For Caedrel, there’s no reason he should step in and cancel Excel’s playoff dreams.