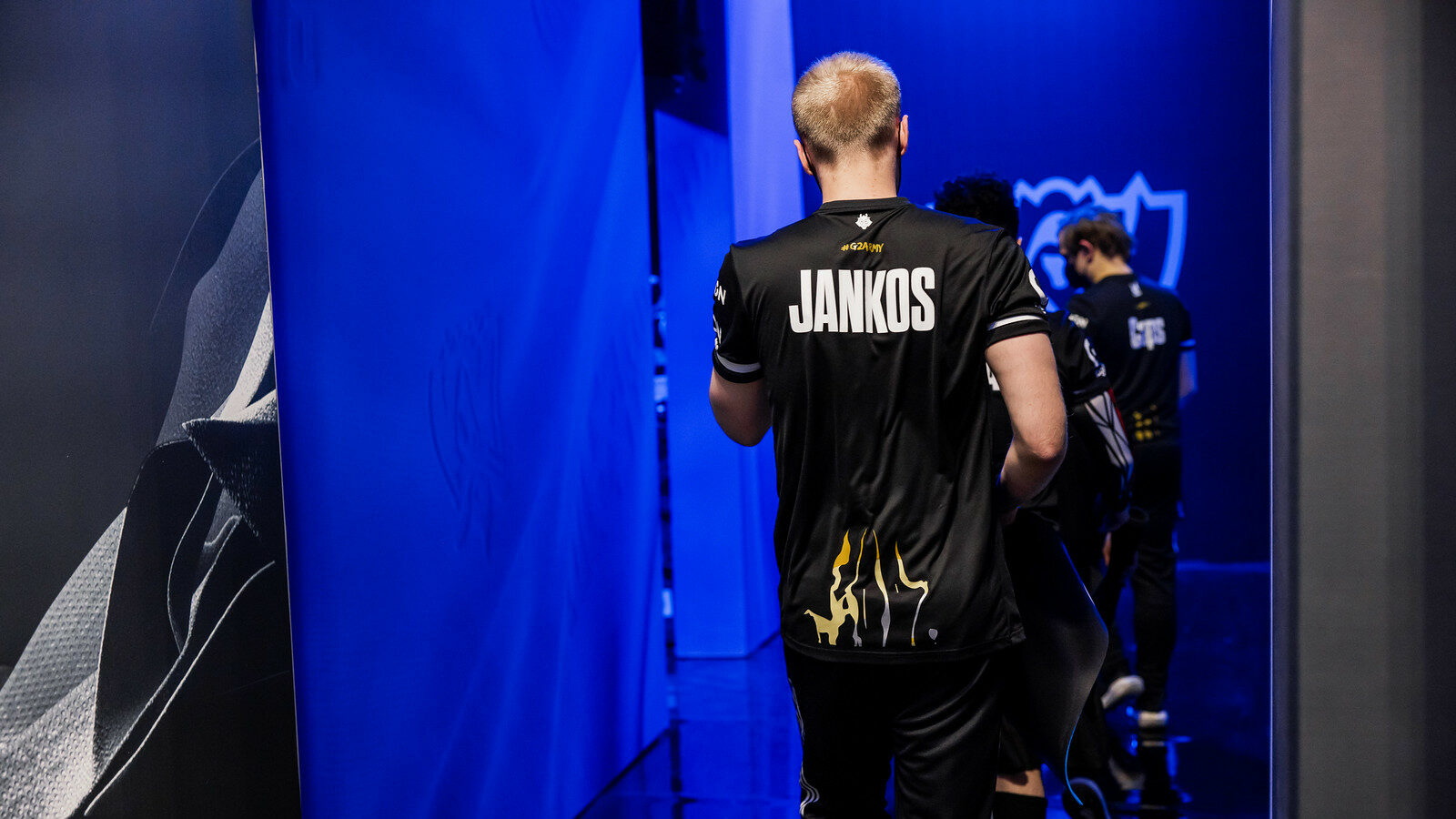 Jankos, Flakked reportedly on the market, may not return to G2 Esports in 2023

The 2022 LEC offseason has not officially started, but a bombshell rumor by journalist Brieuc “Wooloo” Seeger is shaking the landscape: jungler Marcin “Jankos” Jankowski and bot laner Victor “Flakked” Lirola Tortosa and G2 Esports are reportedly parting ways despite both players being under contract with the team.

Wooloo dropped the shocking news on Twitter after G2 Esports’ early exit at the 2022 League of Legends World Championship, as they finished third in a tie with North America’s Evil Geniuses.

What do Jankos, Flakked’s departures mean for G2 Esports’ fans?

G2 Esports’ rumored move may leave some members of its fanbase in tatters as popular long-time jungler Jankos and upstart Spanish bot laner Flakked have grown a major following during their time on the team before their alleged exit later this year.

In Jankos’s case, his exit would bring the 2018 era to a close, and it would end his tenure as the face of the franchise since Luka “Perkz” Perkovic’s departure.

The player was a core member in all team iterations since his arrival in 2018, heralding an age of international success. There, he helped G2 Esports achieve the following:

As for Flakked, despite joining the team early 2022, his following grew steadier as he quack’d his way to the 2022 LEC spring title and summer finals. Beyond his improved gameplay, fans found entertainment in endorsing his duck, Tet, as an unofficial mascot of sorts. Even G2 was in on it.

Although he hit a slump at Worlds, the AD carry showcased great aptitude in his rookie LEC year. Despite showing great progress and ability during the year, G2 might not invest further in his growth.

As is regular protocol in esports, the parties involved either deny rumors or decline to comment on them. In G2’s case, they have chosen to ‘deny’ it in a rather creative way.

Fun aside, the denial of rumors and stories is nothing new, even when the journalists uncovering them have built a track record. In Wooloo’s case, that is indeed the case, and the rumor has, at worst, some truth to it at the time of publishing.

Bar last-minute changes, we may have witnessed Jankos’s final game as G2’s starting jungler in the LEC as he may leave before the 2023 season.